At only 18 years old, LA-based pop newcomer Annika Rose is no stranger to the musician life. Born into a family of musicians, Annika has been in and out of performing with bands since she was a kid. When she was just 10 years old, she was in a band performing covers of Led Zeppelin and The Beatles around LA.

Three years later, she joined an all-girl band and signed to Syco Entertainment, Simon Cowell’s joint venture with Sony Music. The band was signed for two and a half years, and although they never got around to releasing any music, the experience was life-changing for Annika.

“It was a crazy experience because I had never done writing sessions before. I didn’t even really know that was something that existed, and that was what threw me into the whole writing session machine,” Annika says. During her time with Syco, she also took up piano, an instrument that has become a defining element in her songwriting process.

After being dropped from the label at 15 years old, Annika then signed a production deal – which did not end up working out – before finally signing to her current label, Tap Music. Finding herself in a tough spot in life, Annika turned to songwriting as a coping mechanism and spent the next year honing her craft.

“I started developing my writing at home and creating my own little world and my own space. I finally found this select group of people who I really connected with to help bring those songs to life, and that’s kind of where I’m at now.” 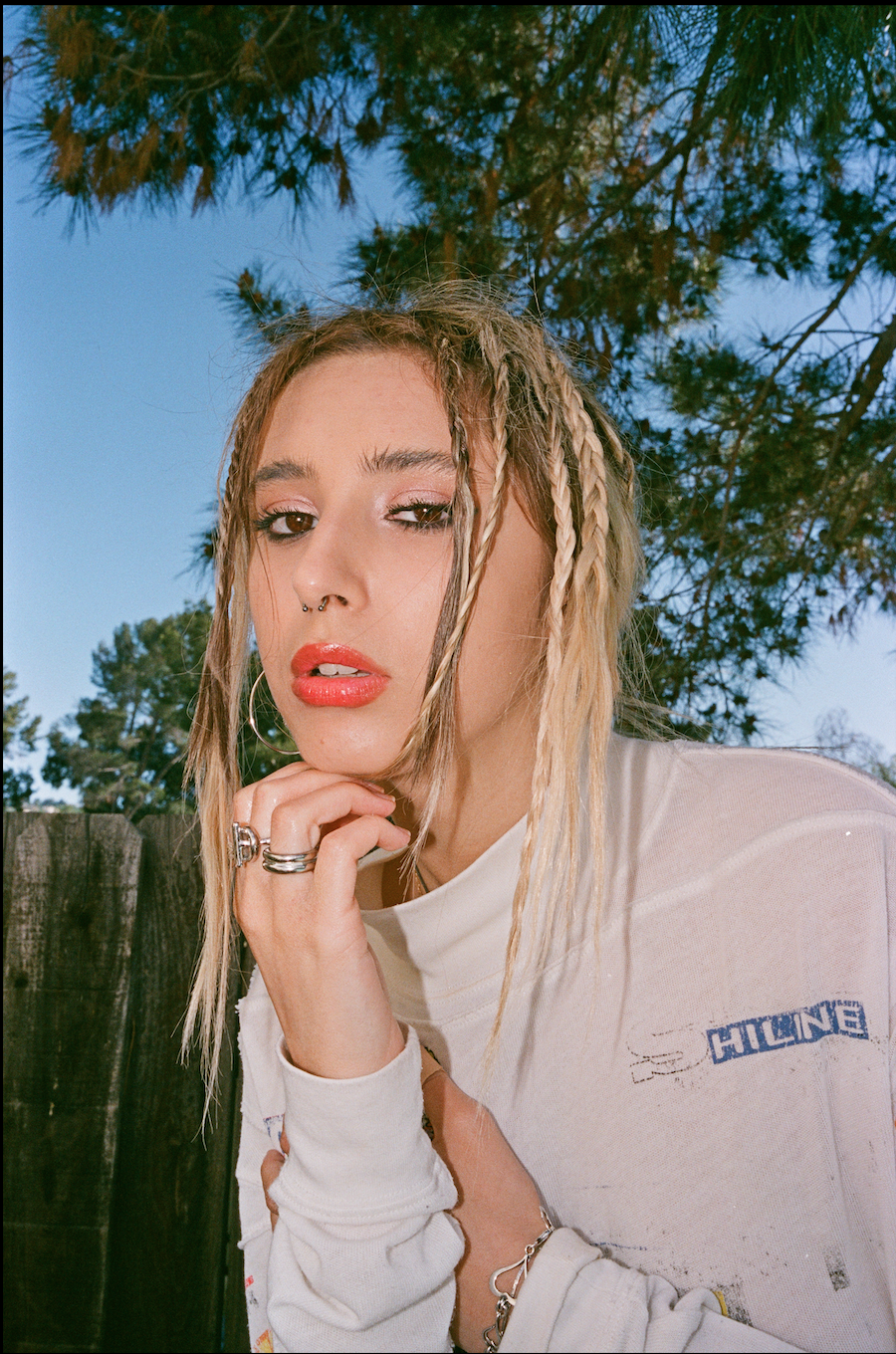 It's been a few years since Annika was thrown into her first writing session, and a lot has changed since then. “You do a lot of growing up between 15 and 18,” she laughs. Naturally, she has evolved as a writer and performer, but her growth extends beyond just that.
‍
“Having those experiences at such an early age was so vital to my evolution not only as an artist but also as a person. I think I’ve gotten a lot better at trusting myself and my intuition and saying yes and no to things. It feels good to know I will continue to have these experiences and evolve and get better and learn more.”

In September of 2019, Annika released her debut single, “In The End,” an upbeat pop ballad that perfectly shows off her vocal abilities and brilliant lyricism. Two months later, she released her first and only EP, Ventura Boulevard, a moment she describes as her proudest.
‍
“To be honest, putting out [Ventura Boulevard] was just a moment of instant validation. All the painful experiences I had gone through prior to that were all just leading moments to the feeling of actually crossing that line of releasing music, and it felt so good. I felt proud of myself for persevering and for getting back up every time that something didn’t work out the way I would’ve wanted it to.”
‍
Since the beginning of quarantine back in March, Annika notes that living in isolation has taken a bit of a toll on the creative process. “I tend to write only from personal experience, and being in the confinement of my own home, it’s a little bit more difficult to have experiences, and therefore, inspiration kind of lacks.”
‍
Although her songwriting has not been as consistent, she says the situation has led her to explore a more thought-out process. “It’s been a great test and a fun challenge for me to try and write about something I experienced in the past or something that a friend is going through.”
‍
The last song Annika wrote before going into quarantine is called “Paranoid,” which she says is definitely her favorite and reveals it should be coming out at some point soon.
‍
With an EP and several songs out, Annika is really hoping to be able to play shows sometime soon to be able to “really bring those songs to life in a visual sense.”
‍
“Hopefully once this disappears, I can tour. I wanna play shows, I wanna hug people and meet people and just keep doing the thing.”
‍

Check out our Q&A with Annika Rose below. 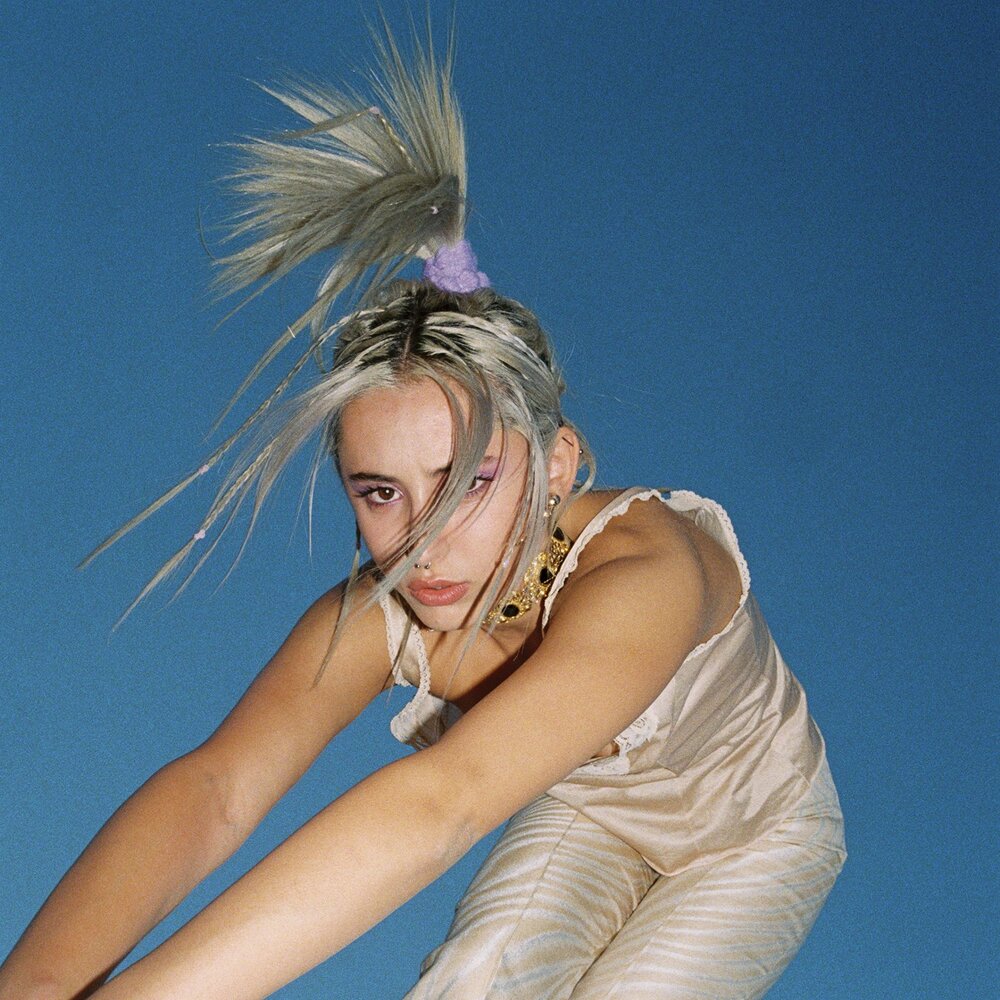 How did you deal with school while building up your music career?
‍Well, I went to real school until halfway through my freshman year of high school because that was when I got thrown into all those sessions. I’m definitely a perfectionist and kind of a teacher’s pet, to be honest, and I struggled a lot coming out of school because I was working in sessions five days a week, and I couldn’t keep on top of my work. It was freshman year of high school – it’s the ‘whole thing’ – and so it was definitely quite difficult, but the label at the time put me into this online school program. The thing that I was not aware of was that homeschooling takes much more discipline. It’s a lot, but I’ve been doing it; I’m getting it done. Especially during quarantine, I have a lot more time. There are no more excuses.

‍Who have been your biggest inspirations?
‍I think writing-wise, I’m heavily influenced and inspired by Alanis Morsette, Hayley Williams, and Maty Healy from The 1975. A couple of those also play a huge role in the inspiration I have aesthetically. And also, Paramore. I’m like a Paramore fangirl, you don’t even know. Oh my god, and Hayley dropped her album! So exciting! Yeah, those are definitely my top three. Also, Gwen Stefani, No Doubt, Cheryl Crowe, all my little 90s girls.

‍What is your creative process like?
‍I think it varies. In the beginning, when I was really young, it was all based on the production. I would be in the studio with the producer creating a track from scratch, and I learned a couple of years in that was not my preferred process. These days, I write everything at home, on piano, in my own little space. Whatever I connect with the most, I bring into sessions, and the song develops from there. Most of the time, I’ll write up to a chorus, and once I bring the production in and know the direction that it’s supposed to go in, I can base the second verse and bridge and melodic choices on that. When I write at home, I’d say like 90 percent of the time, it usually stems from melodies. I’ll start playing piano and mumble something under my breath, and then I’m like, “Oh, what’s the connection between this cool word or this thing that I’m saying that is interesting to my life?” and that’s kind of how it goes most of the time. But there are also times when I see something or I smell something or I hear something and I’m like, “Oh shit, this is cool. Let me write this down,” and I’ll have little bits and pieces in my notes.
‍
Which artists would you like to collaborate with in the future?
‍I wanna say Hayley Williams, but I also think I’m just saying that because I wanna be her best friend. Haha! There’s actually an artist called Rhye, and he’s not the biggest artist in the world, but he is so wonderful. I watched his NPR Tiny Desk concert last week, and I was like, “Oh my God.” First of all, I thought it was a woman for so long because his voice is so high and beautiful, and then I saw him, and I was like, “Oh my God. This makes it even better. This is crazy!” I have a song, actually, that I hear his voice on. Oh man, I really wanna do that. He’s so, so talented.
‍
What do you enjoy doing outside of music?
‍I like to see my friends, that’s always fun. I love being in nature and hiking and anything that has to do with being in the middle of nowhere. I started painting a little bit, which is really nice and interesting and kind of meditative during this time.
‍
What is the number one thing on your bucket list?
‍Go on tour, man. I gotta go on tour. I need to do it. I’ve never done it before, and I’m so ready. It’s gonna be so fun.
‍
If you could have the answer to any question at all, what would you want to know?
‍I feel like every single time someone asks me a question like this, I wanna somehow relate it to Paramore, like, “What was the decision for Hayley to become the lead singer?” Haha! It’s so irrelevant to everyday life, but it’s something I need to know.