You may not recognize the name Maty Noyes, but there is a good chance you are familiar with her voice. The pop singer-songwriter first catapulted into the spotlight in 2015 with her hit song “Stay,” featuring Kygo. That same year, The Weeknd featured her vocals in his song “Angel,” from his third studio album Beauty Behind The Madness. 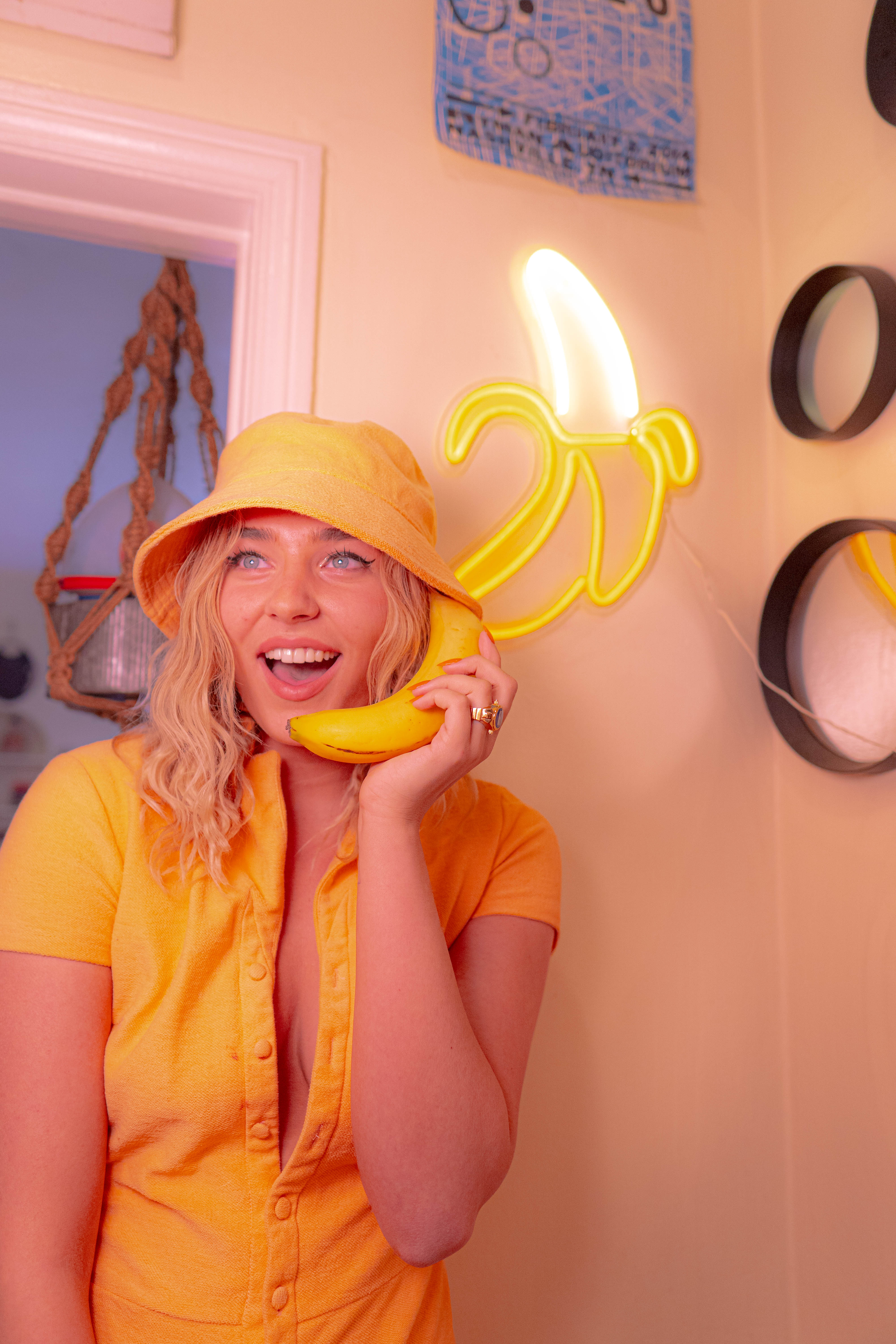 Maty’s connection with music was ignited when she was given her first guitar at the age of 12. Within a week of laying her hands on it, she had already written multiple songs – there was no denying she was a natural.

“I’ve always had a deep love for music. I always knew deep down that was what I wanted to do,” Maty says. So, her parents signed her up for an open mic one night, and that’s where it all started.
‍
Maty grew increasingly fond of performing and began playing weekly live shows around the Nashville area. “I would drive up [to Nashville] on the weekends and write songs in the backseat of the car on the way to the open mics. Just very raw, beautiful times,” she says. 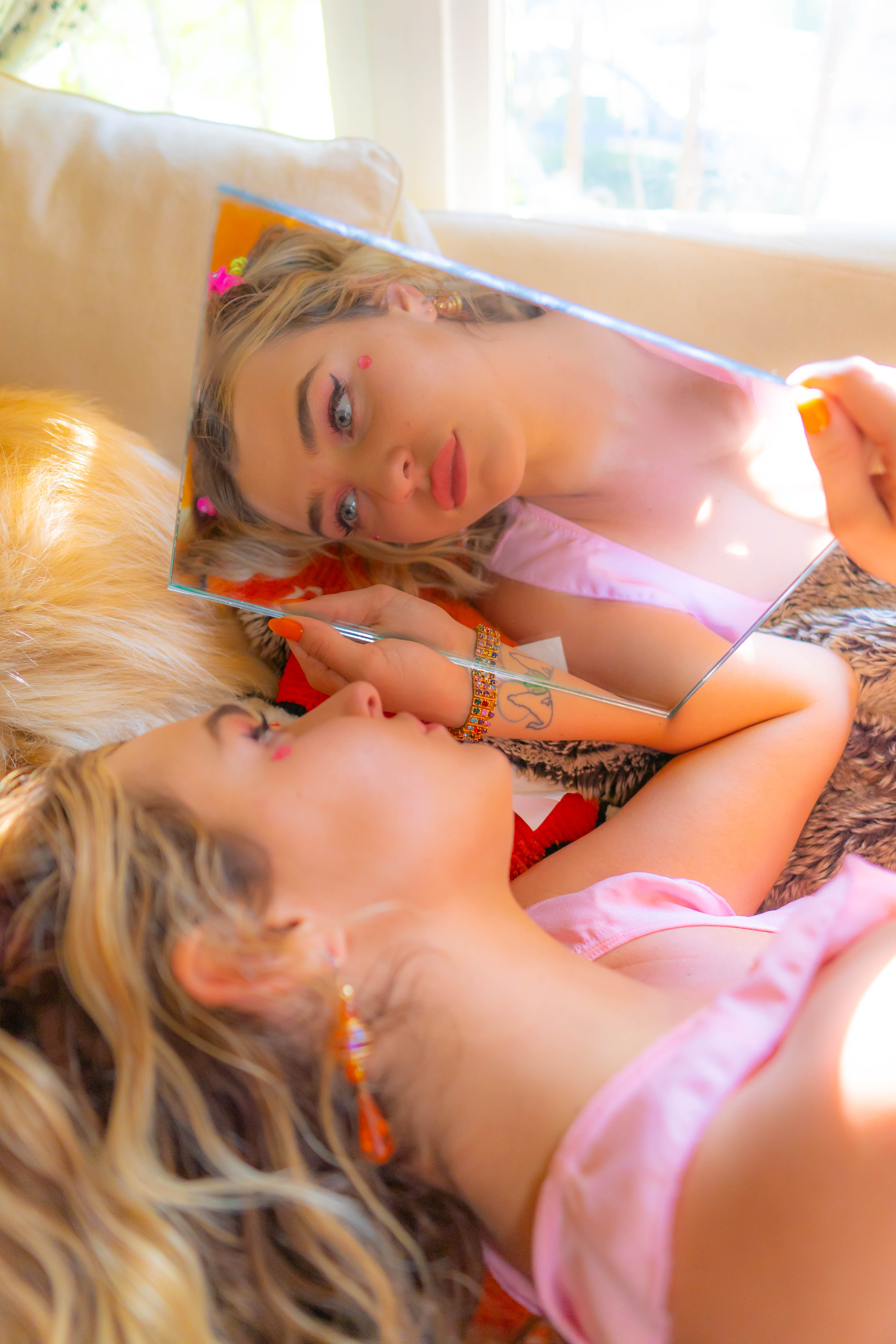 Maty has come a long way since. Now 23, the up-and-coming artist is living in LA and has a debut album on the way. She also has two successful EPs out, which currently have hundreds of millions of streams across platforms.
‍
In 2016, Maty released her first EP Noyes Complaint, featuring her most listened-to song “in my miNd,” which currently has over 121 million streams on Spotify. Two years later, she put out a second EP called Love Songs From A Lolita, which features six tracks including her popular song “New Friends.”

Over the last five years, Maty has had the chance to work with some of the biggest musicians and producers in the industry. In addition to working with Kygo and The Weeknd, she joined Noah Cyrus on ‘The Good Cry’ Tour in 2018. 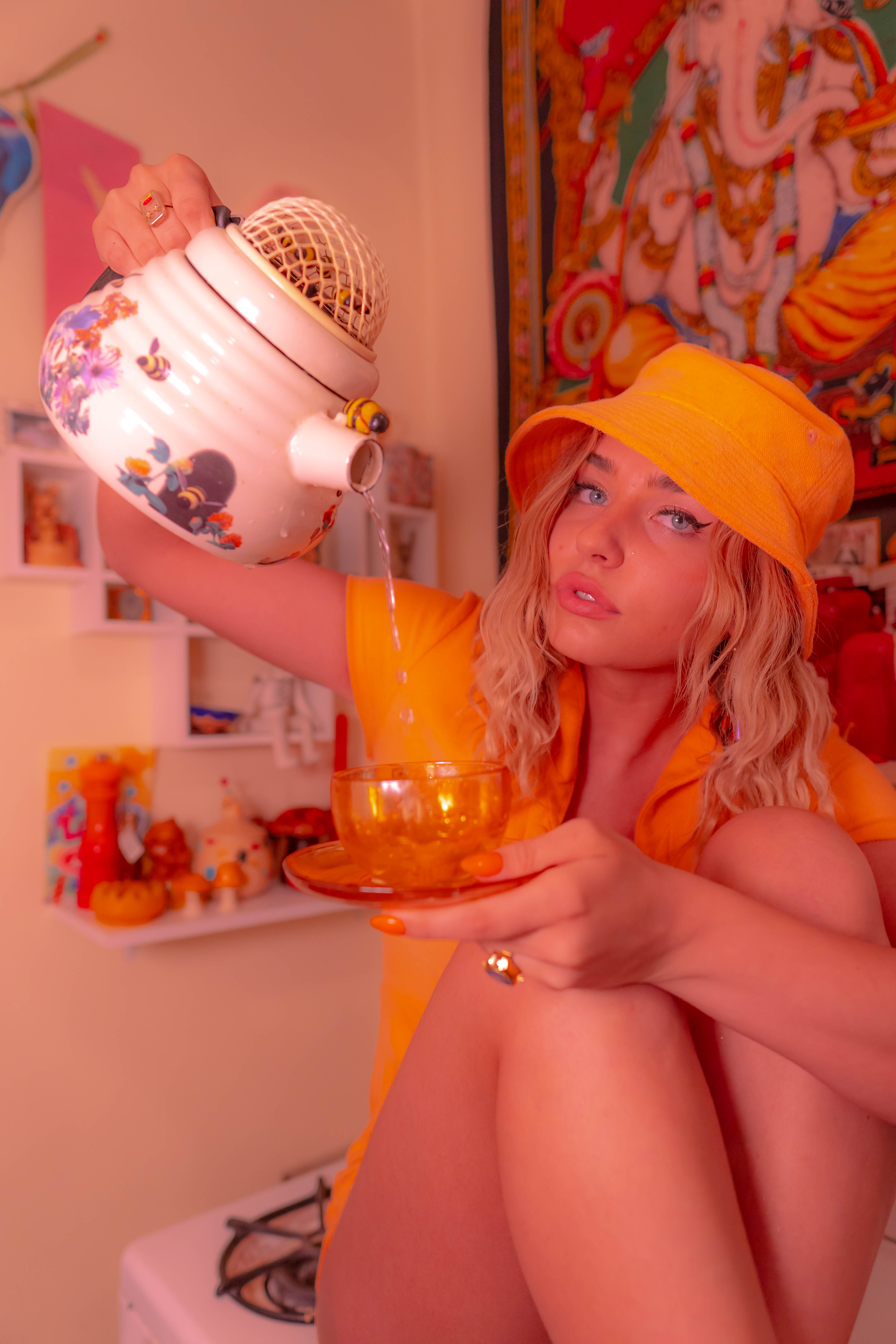 Most notably, however, she had the incredible opportunity of featuring a fifty-piece orchestra in a few of her songs. Conducted by Bill Ross, the orchestra comprised several legendary musicians, including bass player Nathan East and trumpeter Jerry Hey (Michael Jackson). Maty was just 17 years old at the time and describes the experience as her “favorite, most proud moment.”

“Before they played, I went up with these crystals and incense and weird shit, and I said a prayer for everybody. I was like, ‘I want to be a young artist that brings this shit back. I wanna bring the world really good music, and you guys are a part of that with me, and this is amazing.’ Then, I just walked around the room as they played and just meditated on these songs.” 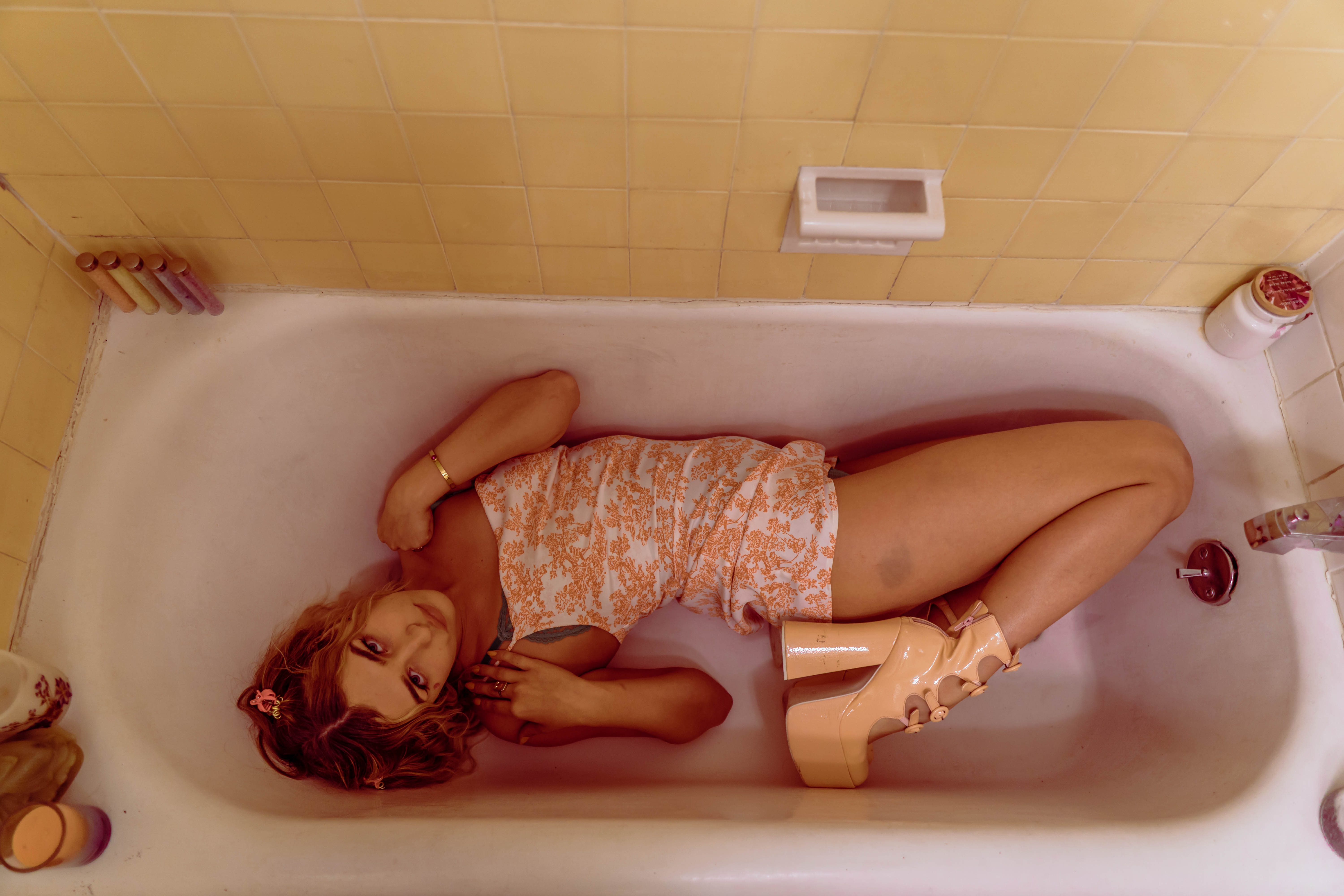 The orchestra played on a total of four tracks, two of which are out there in the world, and two that have yet to be released. One was picked up by Celine Dion and released last year – “Boundaries” – and the other is Maty’s 2017 upbeat disco bop “London.”

As for the unreleased ones, Maty says “they will be released,” but one of them she cannot put out into the world until she is a bigger star and has a guarantee that people will hear it. 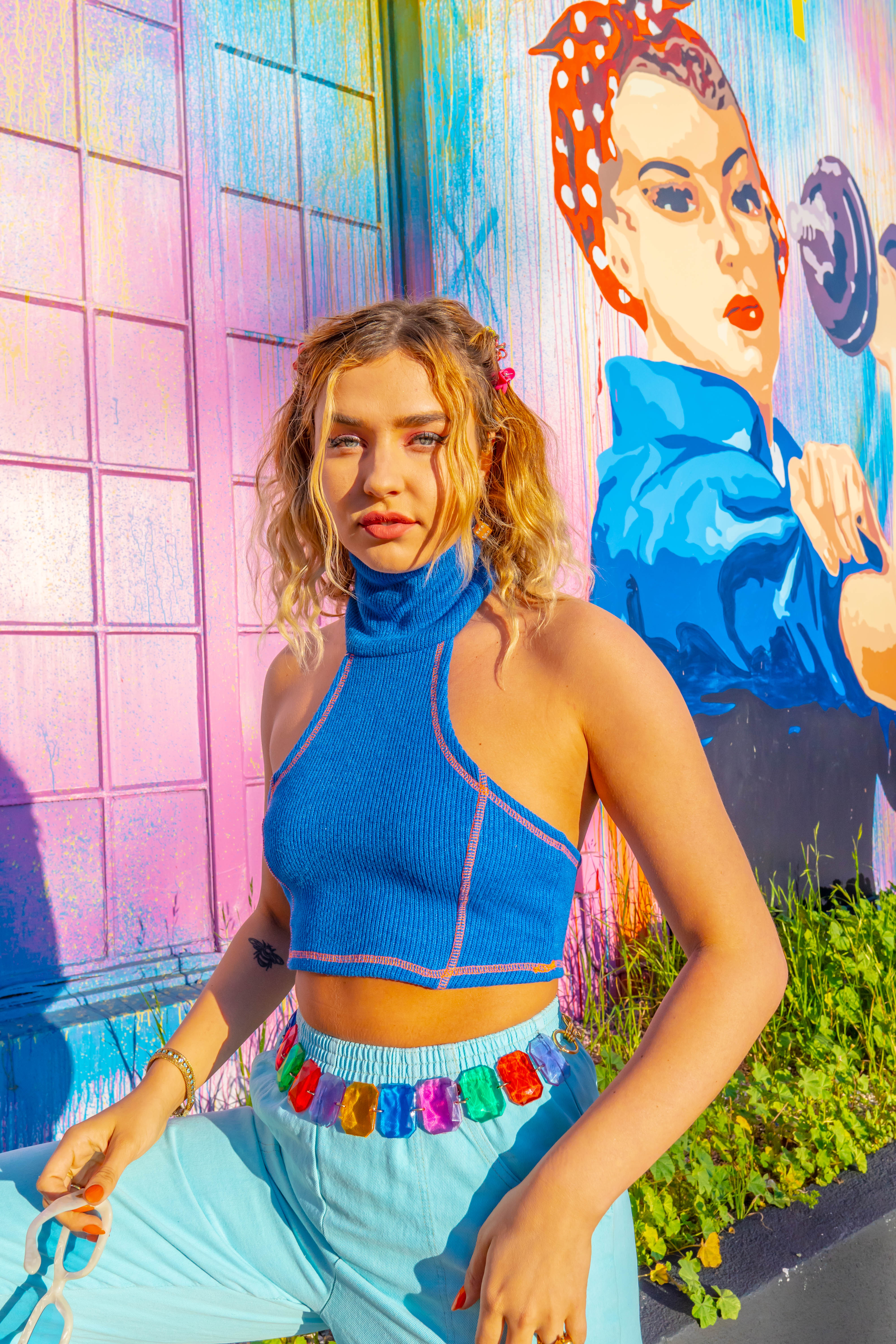 Until then, Maty has newer music to focus on. Her debut album, The Feeling’s Mutual, is finally set to drop in the coming months. Earlier this year, she started teasing the new era on Instagram with a series of vivid blue- and yellow-hued posts.

She says this era’s theme revolves around colors and that “there’s going to be tons of images released in months to come” which incorporate elements of both LA and Nashville to portray a mix of her “nature-loving side and vibrant, diva side.” 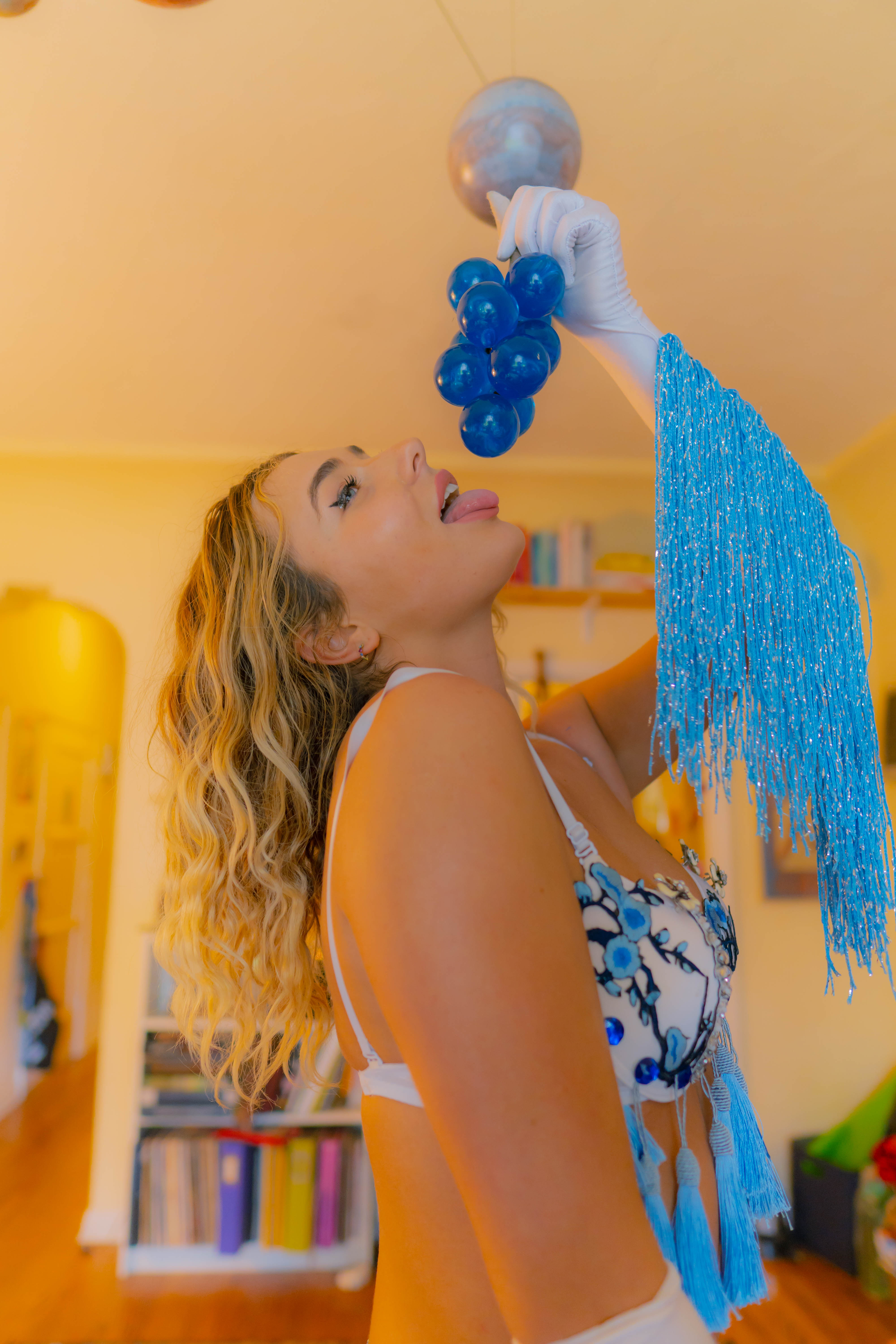 At the top of the year, Maty released the album’s lead single, “Love Don’t Cost A Thang,” featuring Franke and Lemaitre. A couple of months later, at the height of the pandemic, Maty shed some positivity out into the world with her next single “Sunlight.” She penned the uplifting tune on a rainy day in an attempt to write “a super simple and happy song.”

“In my songs, I usually try to make sure the whole story is there and that the point gets across, and they have all these complex parts to it,” Maty explains. “But with this song, I wanted it to be as simple as I could possibly make a song without it feeling too simple.”
‍
Later in May, Maty released a softer, more emotional song called “Man Needs A Woman” – a song about dating a narcissist, which she says was the most painful song she has ever written. Three tracks have since followed, including “Handsomer” featuring Molly Moore, “Wrong,” and most recently, “lowkey” featuring Franke. 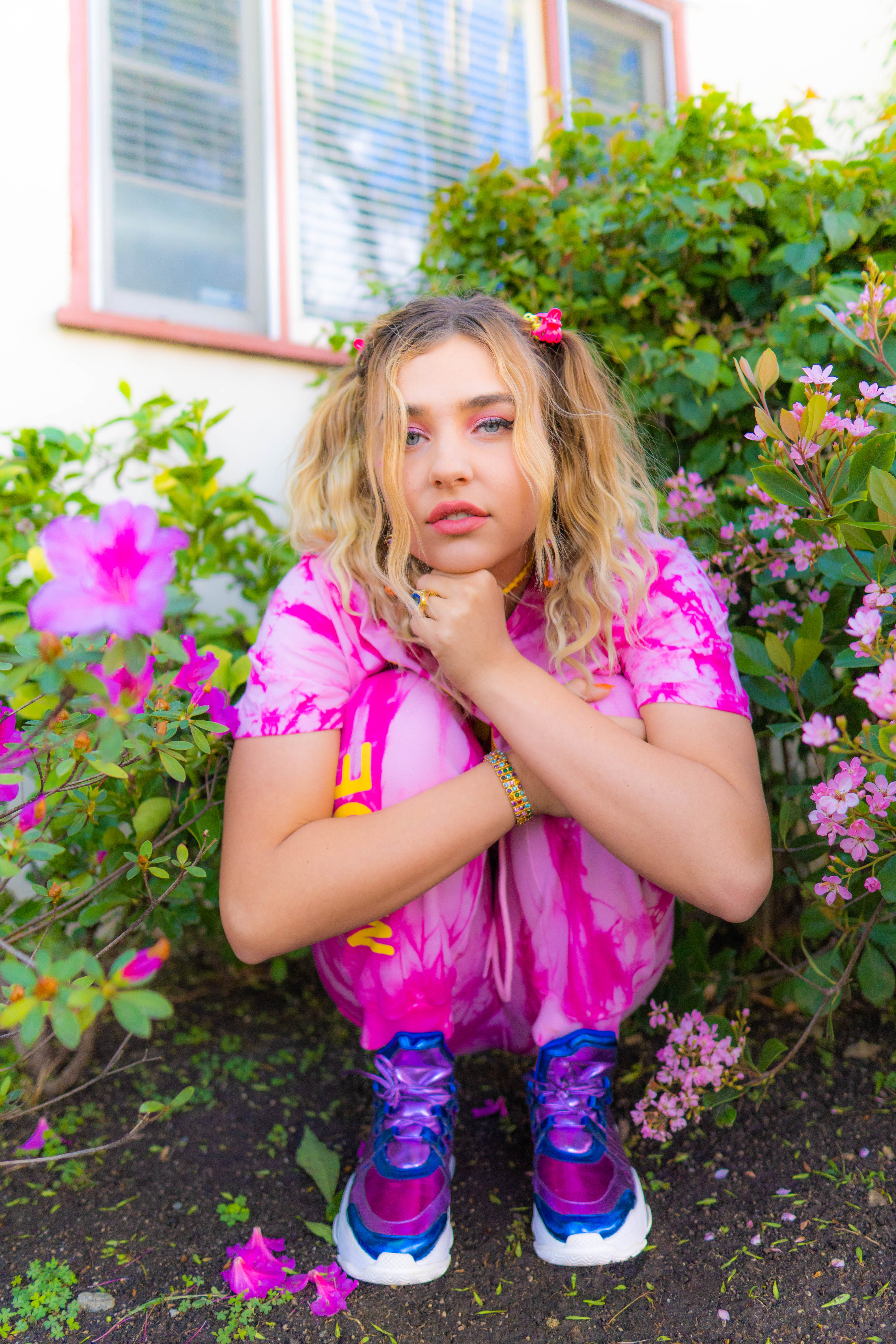 Since the release of her debut EP four years ago, Maty’s artistry has grown stronger than ever. The Feeling’s Mutual is undoubtedly Maty’s most personal and authentic body of work. She says she definitely has “a better sense of who [she is] as an artist now.”
‍
“Back then, I was around so many different people and had so many different opinions in my ear. I was always trying to find myself in the middle of all that, but because of those years of rioting and not quitting, I finally chiseled down to myself.”
‍
Looking ahead, Maty is hoping to “put out a bunch of visual content.” If you follow her on social media, you have probably already noticed from all of her recent photoshoots and conceptual videos.“There are really weird video ideas I’ve had for a while that I feel come along with the full circle artist experience that’s in my brain that I really wanna show people.” 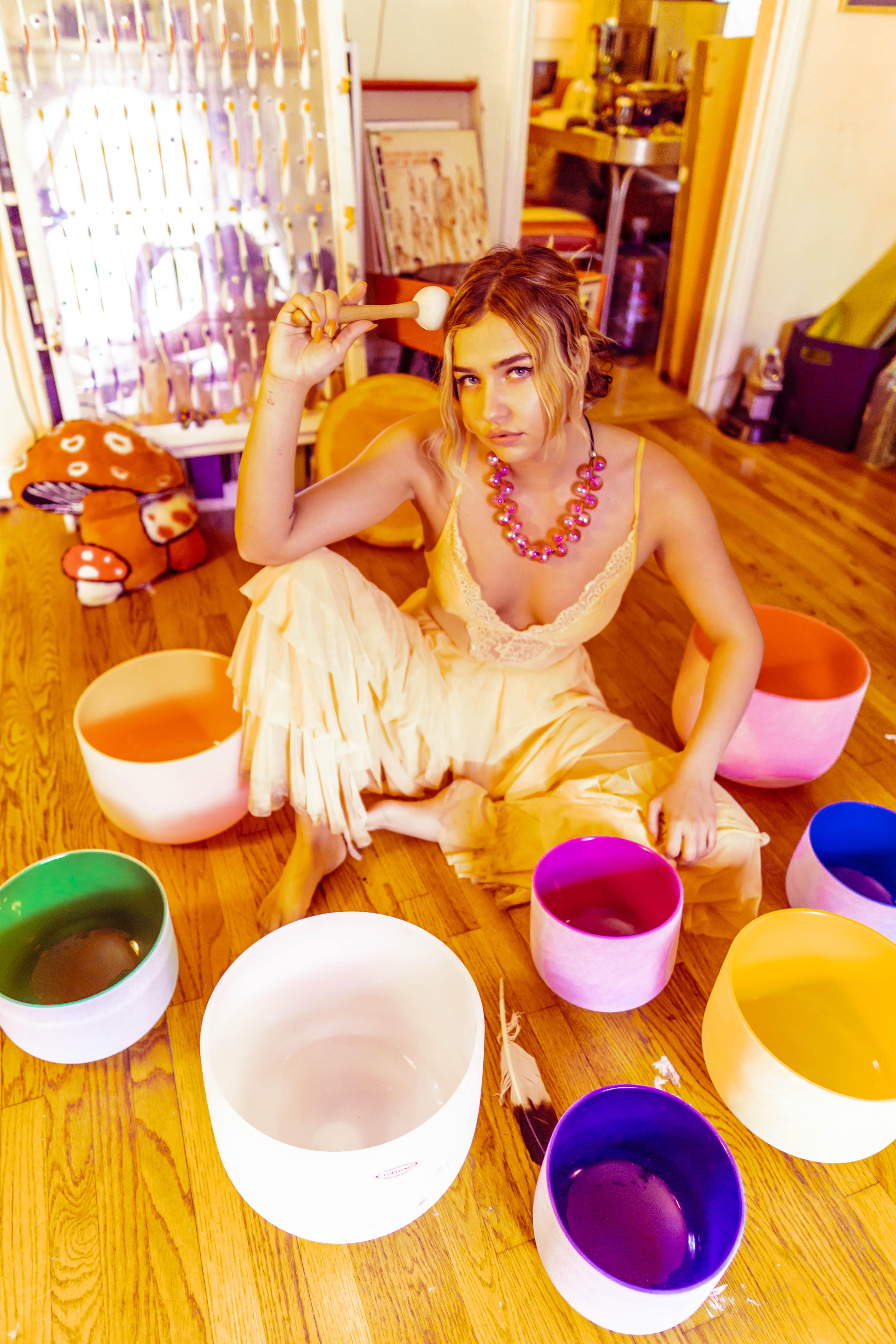