Step aside, Pitbull. Ms. Worldwide coming through. At only 20 years old, up-and-coming singer-songwriter Ayoni has already lived in more countries than the average person will visit in their entire lifetime.
‍
Originally from Barbados, the pop-nB singer moved to Miami shortly after being born and spent the first seven years of her life there. She then moved to Singapore for 18 months before coming back to the US to live in Northern California for about five or six years. After that, it was back to Asia — this time to Jakarta, Indonesia, the last place she lived before moving to LA, where she is currently based.
‍
It sounds like a lot, and it was. Ayoni recalls a time in high school, living in Jakarta, when she felt like she didn’t belong anywhere.
‍
“Not being able to experience growing up in Barbados, where I was born, was something that for a long time made me insecure,” she shares. “I was worried that maybe the people there wouldn’t think I was from there or would consider me differently."
‍
But as she grew older, she grew wiser and came to realize that was not the case. By the time she graduated high school, Ayoni felt confident and comfortable with who she was and could not be more thankful for her unique upbringing.
‍
“You take away so many things from every place you live that it just becomes this beautiful blessing to who you are and how you understand the world. You get to look back and say, ‘Oh my gosh, like, I remember this country taught me this, and this country taught me that,’” she explains.
‍
Having lived in so many different areas around the world, Ayoni has immersed herself in a myriad of cultures, from Barbadian to Western to various Asian ones, and has come to understand how other people live. She says she is “not just an American,” but “belongs to the world.”
‍
“I really appreciate having moved so much because it reminds me how important it is to be a part of the world and to care about other countries and other people, not just about yourself,” she emphasizes. 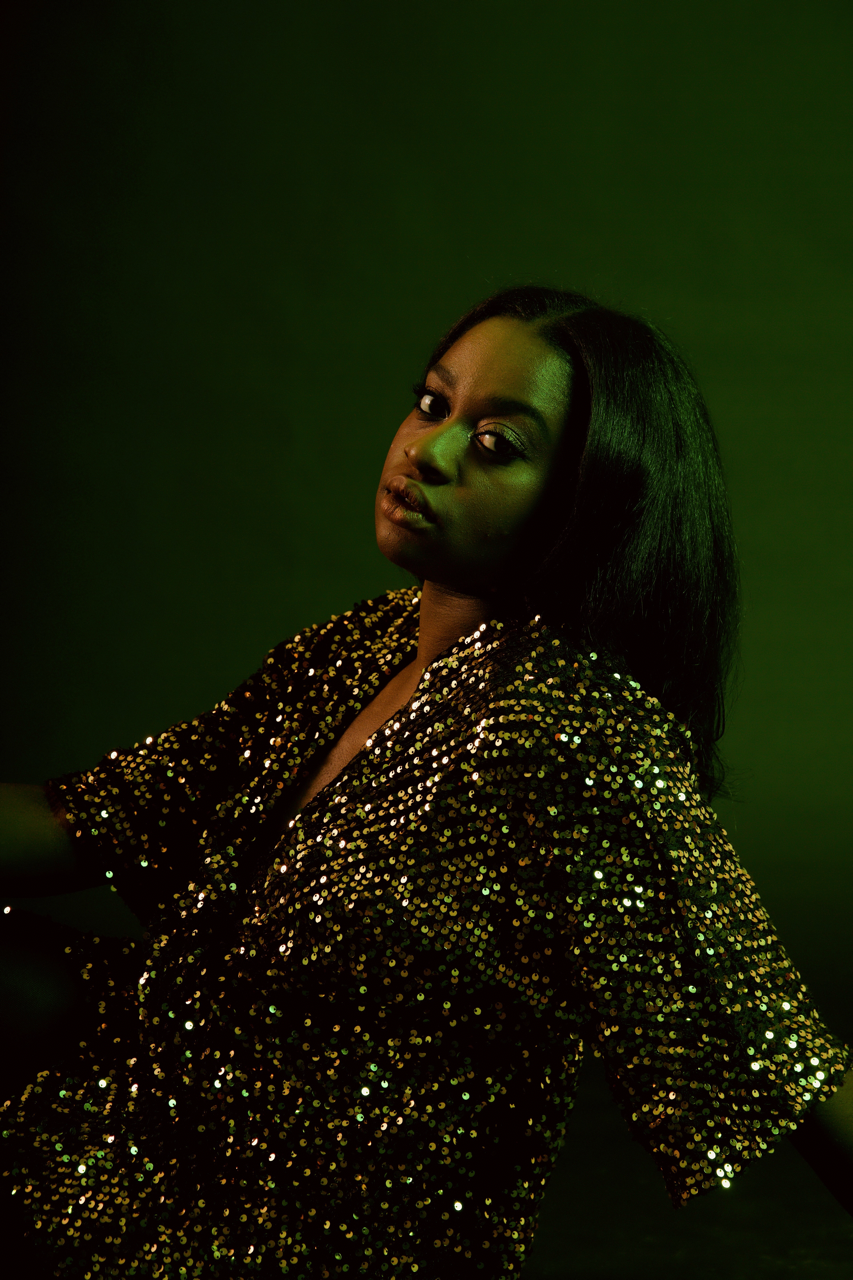 Throughout the course of her young life, Ayoni was exposed to a diverse array of musical styles but was most impacted by gospel music because she was brought up on it. In fact, she grew up watching her dad on the worship team. She was fascinated and deeply inspired watching how church musicians would lead audiences into a form of worship. From a young age, she knew that was what she wanted to do.
‍
In elementary school, she got into creative writing, which slowly transitioned into early forms of songwriting. By middle school, she was already writing full songs on the piano and performing live gigs. Her high school years were spent learning new techniques and improving her skills in preparation to study songwriting at the University of Southern California.
‍
Shortly before starting college, Ayoni got really into production and has been exploring it over the last two and a half years.
‍
“I feel like I have become so much more in control of my work over the past couple of years," she expresses. "I really think my gift of production grew so much just by coming to LA. When I first moved here, I knew I wanted to create music, and now I can do it all on my own, which is exciting.”
‍
Thanks to her ambition and perseverance, Ayoni learned quickly and was able to co-produce six out of the eight tracks on her debut album Iridescent.
‍
Nothing less than a masterpiece, Iridescent is an absolute serve, vocally, lyrically, and instrumentally. Every track, from the upbeat, body-moving bop ‘Divine’ to the powerful soul-filled ballad ‘September,’ features a symphonic pop-nB instrumental complimented by angelic layered vocals. Lyrically, it is equally remarkable, each song recounting the stories and experiences from her first year in LA through poetic language.
‍
“I never wanna put out music that doesn’t make me emotional in some way. I only wanna put out music that means something to me and to whoever listens to it,” Ayoni stresses. “I think it’s really fun to create tracks that are just about having fun, but even then, you could still do something like ‘Divine,’ which is a fun, bouncy track but still means something," she adds.
‍
‘Divine’ was the first song Ayoni ever put out, which she released in September of 2019 as the album’s lead single. Over the course of two years, she went through more than a dozen versions of the song, constantly trying to make it better, until finally ending up with the released version.
‍
“So many people poured advice and love into ‘Divine.’ The night it came out, I was so incredibly proud and was just hoping that everyone else was as in love with it as I was,” Ayoni recalls.
‍
The album opens with her most symbolic song, ‘Wife You Up,’ which she wrote in a moment of deep frustration after one of her first days out and about in LA.
‍
“I was with a friend one day, and we were both new to LA, like honestly a couple of weeks of living here. We decided that we were gonna go to the Hollywood Walk of Fame just to take pictures and have a good time. From the second we got on the metro, men were just harassing us, like multiple, multiple instances. I think throughout the night, there were like five separate men who in some way followed us or made crusty comments, and it was just like, I’ve never really experienced that before. It really was jarring as hell because, like, I was out of the house for the first time, living on my own in the city, and for some reason, I felt so unsafe. So, we went home; we were just bummed and kind of freaked out, so we were like, ‘We’re just gonna go back,’ and we didn’t even get to do what we went there to do.”
‍
Disgusting, isn't it? And the saddest part, which most women can relate to, is this is not the only time Ayoni has found herself feeling overwhelmed and uneasy among a sea of men.“
‍
Throughout the process of working on this project, as a woman producer, I was often the only woman standing in a room full of men," she says. "I was the only person that could advocate for what I wanted, and I felt like I wasn’t around people who were liberating me to just own my power and own what I wanted.”
‍
'Wife You Up' is an anthem of autonomy, a reclaiming of power for women, and a big "F-U" (and "F-off") to the countless entitled men out there. As emphasized throughout the entire song, she "won't be yours, so don't be a bother."
‍
“Every time I listen to that song, I get incredibly choked up," she confesses. "The second I heard it, I was like, ‘This has to be the first track on the project,’ because I think it’s one of the strongest in terms of standing for something."

During the two years it took to put this project together, Ayoni was forced to juggle her school life and music life. It wasn’t easy, but her ever-flowing creativity and determination kept her going until completion.
‍
“My first two years were all about repertoires, so every week, I had to perform three to four songs in a band. We only had a week to get it together, and we had to give the best possible performance we could. That was really hard to do while working on this project, but I knew I didn’t wanna be working on it forever.” Ayoni says.
‍
Having started this project when she was only 18 years old, Ayoni has since experienced much more serious aspects of life, such as death and other heavy topics of adulthood.
‍
“It felt like this project was a lot more young and naïve, and I was ready to be done," she admits. "I became more determined, made time for it, and just got it done. I needed to give myself the best possible first project I could, and just accept that it won't be perfect because it’s literally my first try at all of this.”
‍
Well, it sounds damn near perfect, and the listeners seem to agree. Within days of releasing ‘Divine,’ the song was added to Spotify’s ‘Fresh Finds: The Wave’ playlist and received a lot of press from publications like Ones To Watch, Essence, Paper, Ear Milk, and Pop Sugar.
‍
“It was so great and exciting just to see my name in headlines. It’s like, ‘Oh my god, I exist. I’m an artist now. Like, this is weird,’” Ayoni laughs.
‍
Since the project came out, things have really started to heat up, and it is needless to say she deserves all the success. Right now, she just wants to “ride this wave, meet different musicians, do sessions, and just kind of put my name out there.” At some point in the future, she also hopes to write for other artists, "either executive producing or helping with background elements."
‍
“I love hearing a song and thinking of things that could make it better and make it feel a little truer to the story," Ayoni notes. "Hopefully, I can simultaneously grow my artistry while also being involved with other records.” 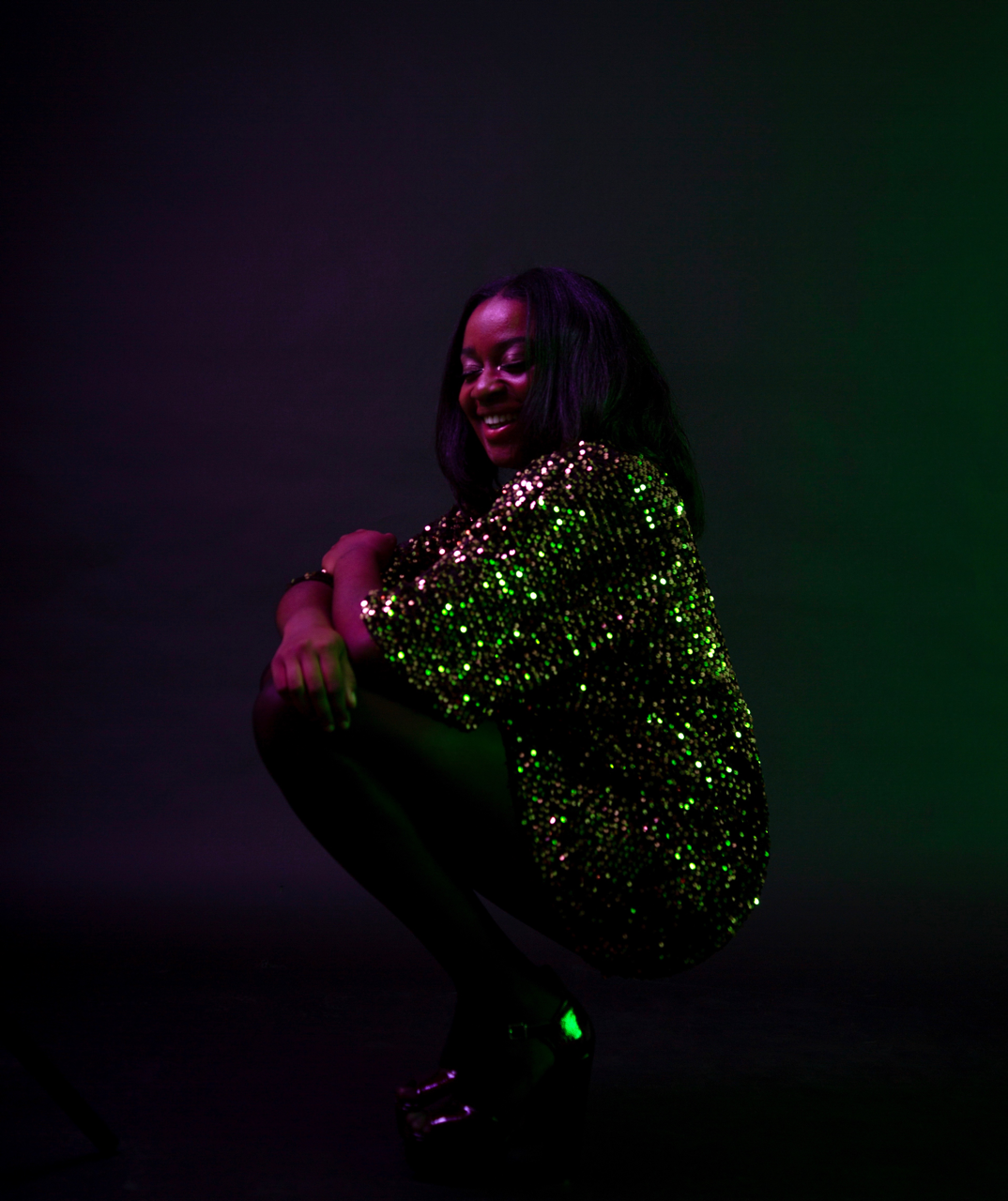 In order to maintain her artistic integrity and creative freedom, Ayoni wants to “build a fanbase and get to know supporters” before signing to a record label. Hoping to one day become “the biggest artist ever,” she will eventually sign a deal but is waiting for the right opportunity to present itself.
‍
“People hear your music, and they’re like, ‘Oh wow, this person can make us a ton of money.’ Money is great, and it helps living to be a little bit easier, but at the end of the day, I really just wanna know that I’m protecting the songs I’m creating that are so integral to who I am and to how I feel throughout the years, and not only focusing on my own gain,” Ayoni remarks. “It’s just a matter of being protected as an independent and never having to compromise what I care about. I want to know that my work is in the hands of someone that is really going to nurture what I have and not destroy something early on.”
‍
For now, Ayoni is focused on learning more and releasing new music. While she does not think a new album will come this year, she says there is no need for a break and still plans on putting out some body of work.
‍
“I just wanna keep rolling. Why not? Each time I get to do this, I learn a bit more about how to do it, and it becomes a little faster," she tells. "It’s not like the first time, where I was just like, ‘I literally do not know where to begin.’”
‍
Unfortunately, the student life is keeping her from going on tour for the next year and a half, but she plans to take full advantage of summer break, so keep an eye out for any announcements.