Try saying “Bubby” angrily. You simply can’t. That’s why 18-year-old Jay Sevilla chose “Bubby The Great” as her stage name.
‍
“I go by [Bubby] even when it’s off the stage because I just wanted something bubbly and happy. I want that vibe all the time, especially on the stage.”
‍
Bubby’s passion is to create. She is very artistically inclined and enjoys doing everything that involves art. She has been writing for as long as she can remember, whether it be lyrics, poetry, or short stories. If that isn’t impressive enough, she taught herself how to play the ukulele, piano, and, most recently, the drums.
‍
“When it comes to music, all the lyrics are mine, and I want to make sure that every line means something. I don’t want to ever put something stupid in a song just because it’s catchy. I want everything to have a double meaning, and someone should be able to relate to every line.”
‍
Bubby has been uploading her original songs to SoundCloud for a couple of years, through which she has gained a decent following. Recently, however, she made the switch to Spotify and Apple Music, where she hopes to continue to grow her fanbase.
‍
“There’s only so much attention you can get from SoundCloud. I feel like I’ve already taken advantage of SoundCloud. Everyone who listens to me comes from SoundCloud, but a lot of people don’t have it, so I wanted to make sure it’s everywhere.” 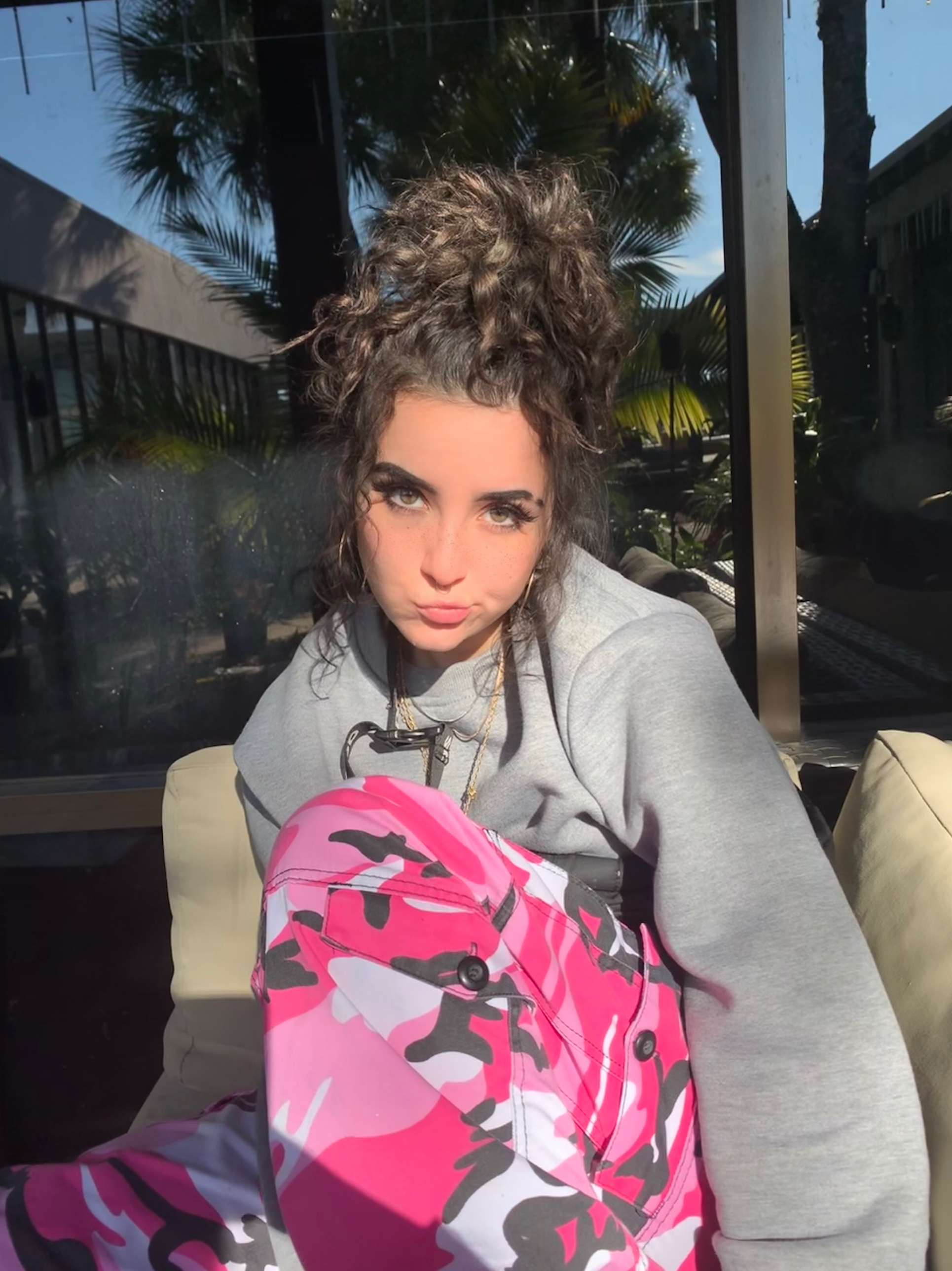 Aside from her released music, Bubby has posted dozens of singing videos to Instagram. If you’re wondering how many songs she has written to date, there are so many she can’t even keep track.
‍
“Oh my gosh, I cannot even count. I write all the time. Even all those little songs on Instagram, they’re just pieces. I can’t count, honestly.”
‍
Having written so many songs, it can’t be easy to have favorites. Still, Bubby was able to choose two that she particularly enjoyed making.
‍
“My favorite song instrumentally is “Oh My” because I beatboxed the background and the bass and everything. I asked my producer, “Can you make this?” and he was like, “Yeah,” and I loved it. He did exactly what I wanted, and I remember getting goosebumps. “These Days” would probably be one another favorite because of the lyrics. I made sure to put a lot of words in it.”
‍
Both of these songs are part of her debut album Flower Head, which was released on October 25th on all streaming platforms. The album has ten tracks, including the title track “Flower Head,” which was her most popular on SoundCloud.
‍
“I named the album after the song “Flower Head” because I think that song defines me the most. Flower Head is being very delicate and putting other people before yourself. A line in the song is “I’m plucking all the flowers and giving them to you when I should keep them instead.” My head is full of flowers that I tend to give out to everyone until I’m almost out when I should be keeping them for myself.”
‍
Like “Flower Head,” Bubby pours all her thoughts and emotions into her music. Nearly all of her lyrics come from her own experience.
‍
“I don’t really talk to anyone about what goes on in my life, so I talk to my piano instead. The inspiration is letting it out, I suppose. And then I turn it into something I can share.”
‍

Check out our Q&A with Bubby The Great below. 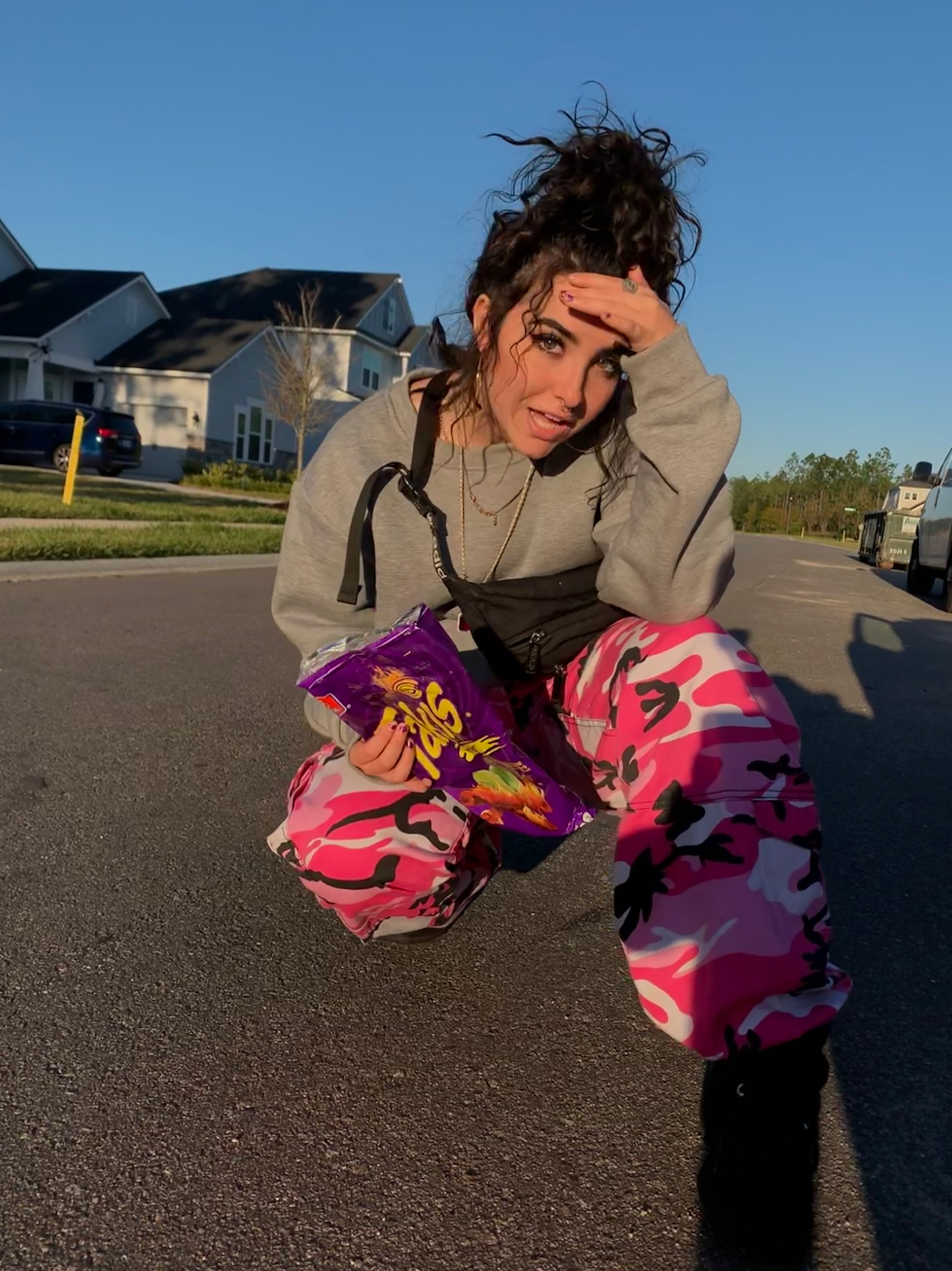 If you had to describe yourself in three words, what would they be?
Creative, for sure. Thoughtful and…awake. Yeah, I feel like I’m very observant and such.
‍
Do you have any hobbies you’re passionate about aside from music?
It’s all artistic. When it comes to passion, it’s gotta just be music and writing and the piano. Yeah, music. Oh, and makeup, I love makeup, but that’s kind of artsy too.
‍
What's your favorite color?
Pink and orange and yellow.
‍
What’s your favorite song at the moment?
Robin Hood by Anson Seabra! It's really pretty; you should listen to it.
‍
What’s your least favorite type of music?
Yeah, country music. I just don’t really enjoy it.
‍
What’s your favorite TV or movie genre?
Horror or documentary.
‍
What's your favorite movie of all time?
Cat in the Hat or Nacho Libre.
‍
What’s your favorite cuisine?
Right now, there are these vegetarian chicken nuggets that I eat all the time. They taste just like real chicken nuggets. And with barbecue sauce? They smack.
‍
What is the strangest food you’ve ever eaten?
Okay, before I was vegetarian — this was a bunch of years ago, but I still think about it now, and it’s just so cringey — I once had gator tail.
‍
What's your favorite season?
Spring, when it’s not super hot, but it’s not cold, because I don’t really like the cold. 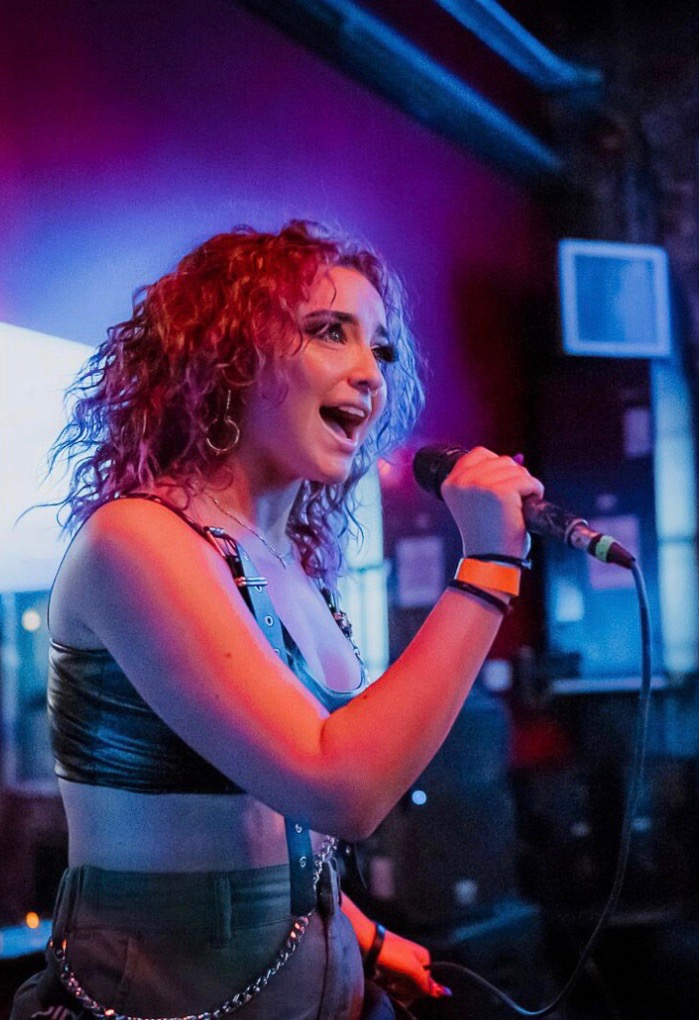 ‍What’s your biggest pet peeve?
Hmm— LYING! Yes, lying for sure. Honesty is such a big thing for me.
‍
What’s your biggest strength and weakness?
My biggest strength is my observant-ness — if that’s a word. Like I mentioned earlier, I feel like I’m super awake. A lot of people lack thoughtfulness. I don’t know if that makes sense. I just think a strength that I have is — yeah, thoughtfulness, inquisitiveness. I’m very curious all the time. I just think a lot. I think about things people don’t think about. My weakness is probably forgiveness. I don’t think it's a total weakness, but maybe to the point that I’m naive. I’m probably naïve, yeah.
‍
What’s one of your proudest moments?
Oh, gosh. Okay, a proud moment would be when I saw how many plays I was getting on SoundCloud. That was my first time actually sharing my music. I was like, "Oh wow," you know? I was proud of myself for finally putting it out there and everything.
‍
Tell me about an embarrassing moment.
That’s hard because I’m a really awkward person, and embarrassing stuff happens all the time. It’s very frequent.
‍
Are you a morning or night person?
Night person.
‍
What's the number one thing on your bucket list?
That’s so hard. Probably just to keep getting better at music. I don’t know like I just want to keep on thriving and keep getting better. It’s nothing I can ever truly achieve.
‍
If you could have the answer to any question in the entire universe, what would you want to know?
Wow, that’s so hard. Probably — oh my gosh — what would it take for everyone to be vegetarian, like to help the animals? I feel so bad for them all the time. If I ever have a lot of money, I would invest in animal cruelty and all that stuff. Maybe how to get everyone to do everything they can for them because we really take advantage of these animals. I know that’s so random.