One of the greatest challenges a musician will face throughout their artistic journey is discovering their sound. The process is not always easy and can take years of trial and error. Toronto-based Chris LaRocca is no stranger to the experience. Since the start of his career, the singer-songwriter and producer has experimented with various genres and even rebranded his identity quite a number of times.

Chris got into music when he was in high school, playing in hardcore metal screamo bands and doing “punk kind of shit.” Slowly, his sound softened up, and for some time, he played in an indie math-rock bank called Elos Arma. It was around then he started singing and learned how to play synths. 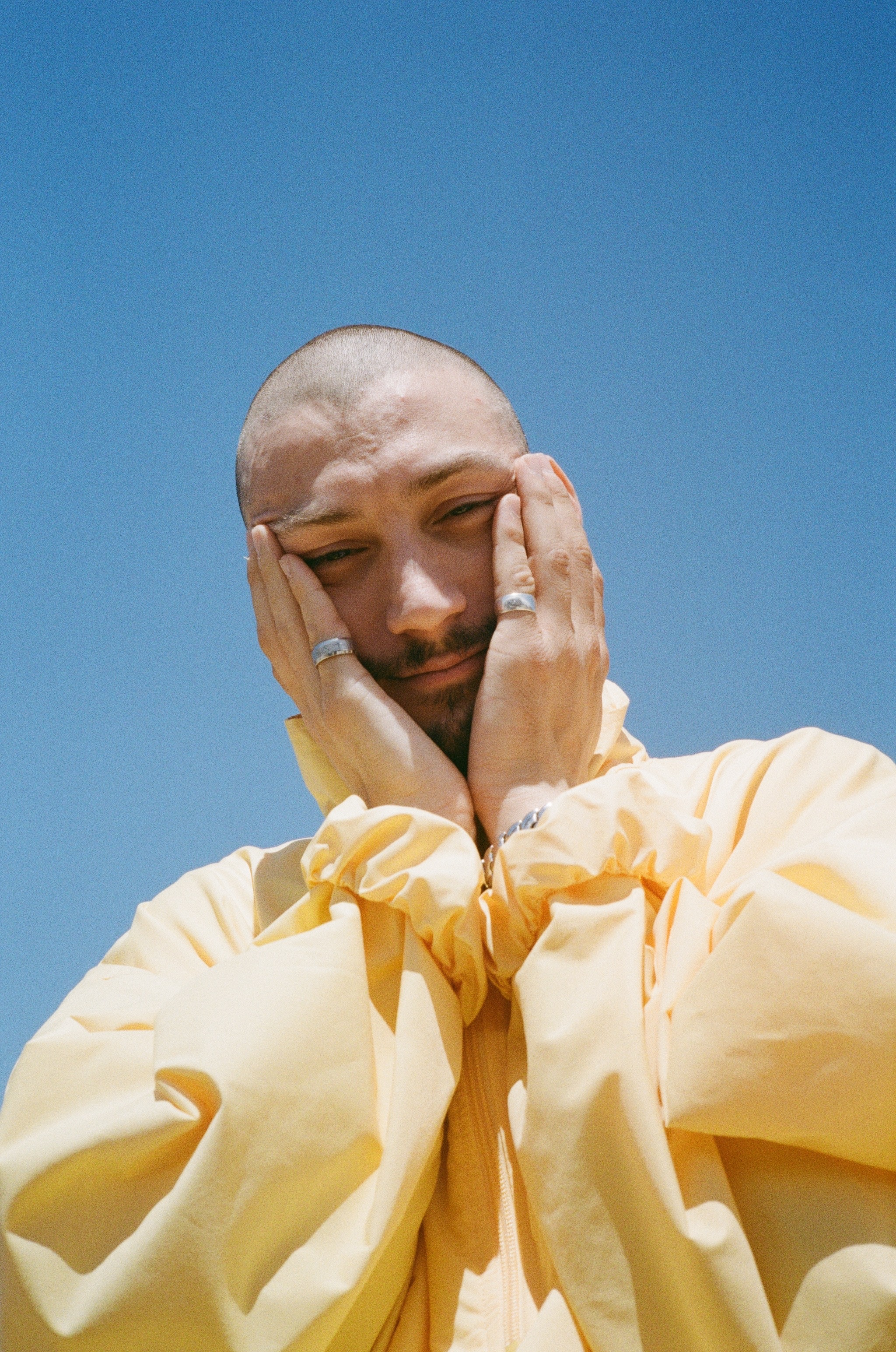 In 2014, Chris embarked on his first solo project called Sextape, an electronic-influenced R&B act he describes as “the precursor to what [he does] now.” From Sextape, he graduated onto a dreamier R&B sound, comparable to that of Frank Ocean, who he mentions as one of his greatest influences.
‍
“I love Frank Ocean like probably half the world does, but like, I fucking love him. I don’t know, just everything he does hits home for me, so he’s been a big influence in all of this.”

In February of 2017, Chris released his first single “Closer,” followed by his debut EP Voila later that summer. Last year, he dropped his latest EP Saudade, titled after a Portuguese word he describes to mean “a missing or longing of something that may have never even existed." He found the word on a Reddit post listing “12 words that don’t have an English equivalent,” and had a sort of eureka moment.
‍
“Prior to finding that, I was trying to describe these songs to people, and the best way I would describe it is when you think of some distant memory that’s very foggy, and you can’t even tell if it was a dream or if it was reality, but it doesn’t really matter because that kills you. It could be the happiest memory ever, but it just takes a piece out of you when you think about it. I sounded crazy because I was trying to describe something, and I couldn’t find the words to articulate it. But then I came across this word, and I was like, ‘This is everything I’ve been trying to describe.’” 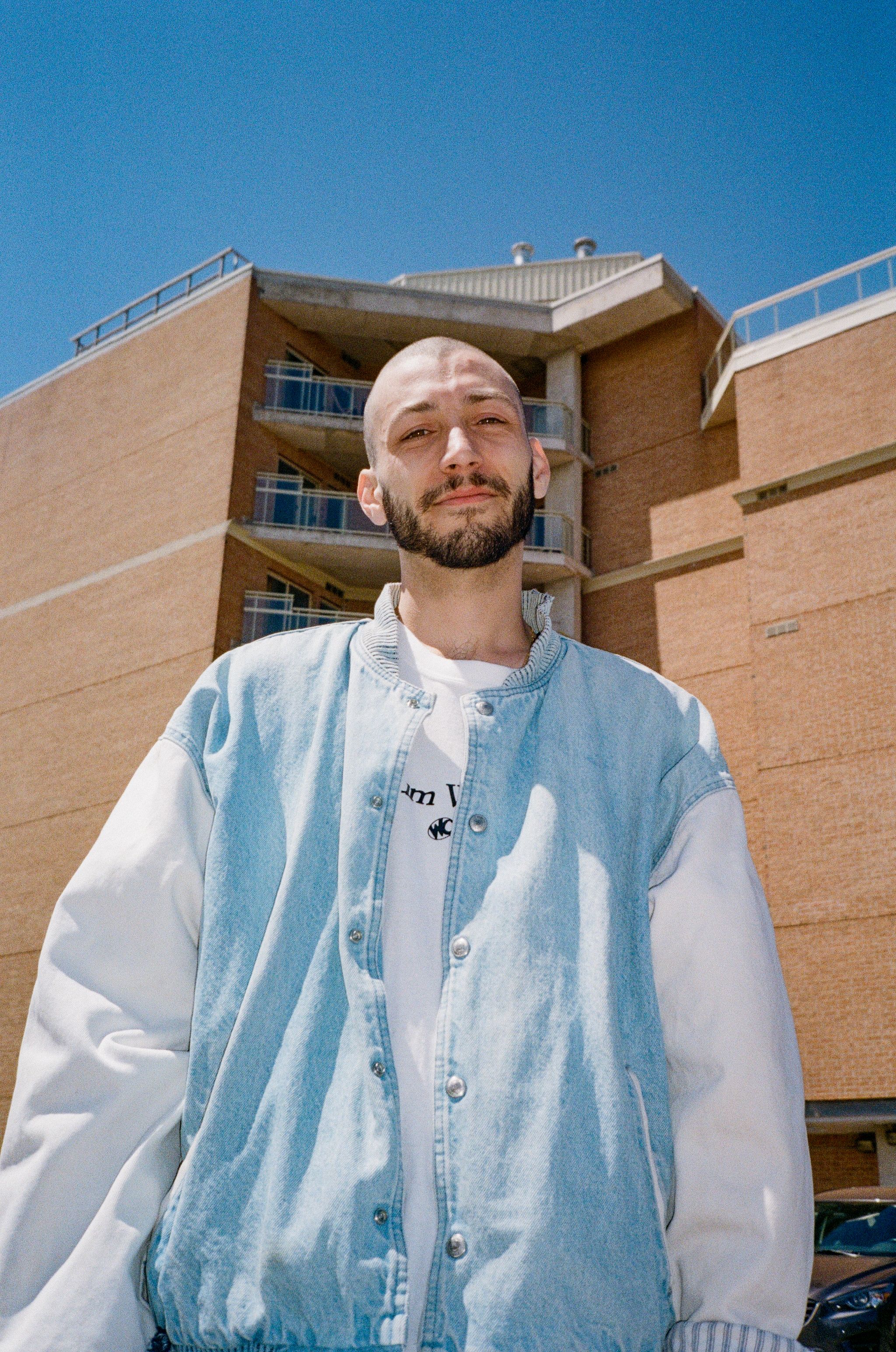 ‍Saudade is Chris’s most personal work to date. “[The day I put out Saudade] was the day I realized I was actually creating something meaningful. That was a good day.”
‍
While making his first two projects, Chris was listening to artists like Frank Ocean, Gallant, NAO, and Leon Bridges and would pull inspiration from their sound, often thinking to himself things like, “oh, they did that in a song” or “what would Leon do here?” That Chris is long gone. “With this new music, I don’t even think about any of that shit,” he says. “Now, I ask myself, ‘what would I do?’”
‍
When Saudade first came out, Chris’s favorite song was “Heated Up.” “It meant a lot to me. I love the production– I love everything about it. I like the way the vocals came out. We had these girls there, a choir from Toronto – they were on Daniel Caesar’s first album, and we had them on the project. They went crazy on “Heated Up,” so I thought that was cool.”
‍
Now, about a year later, he claims his favorite is either “Yardsale” or “Test on Me.” “I think they just stood to test the time. It’s been a year, and when those songs come on, I’m like, ‘maybe I’ll actually listen to these two fully through,’ because they still hit for me.”
‍ 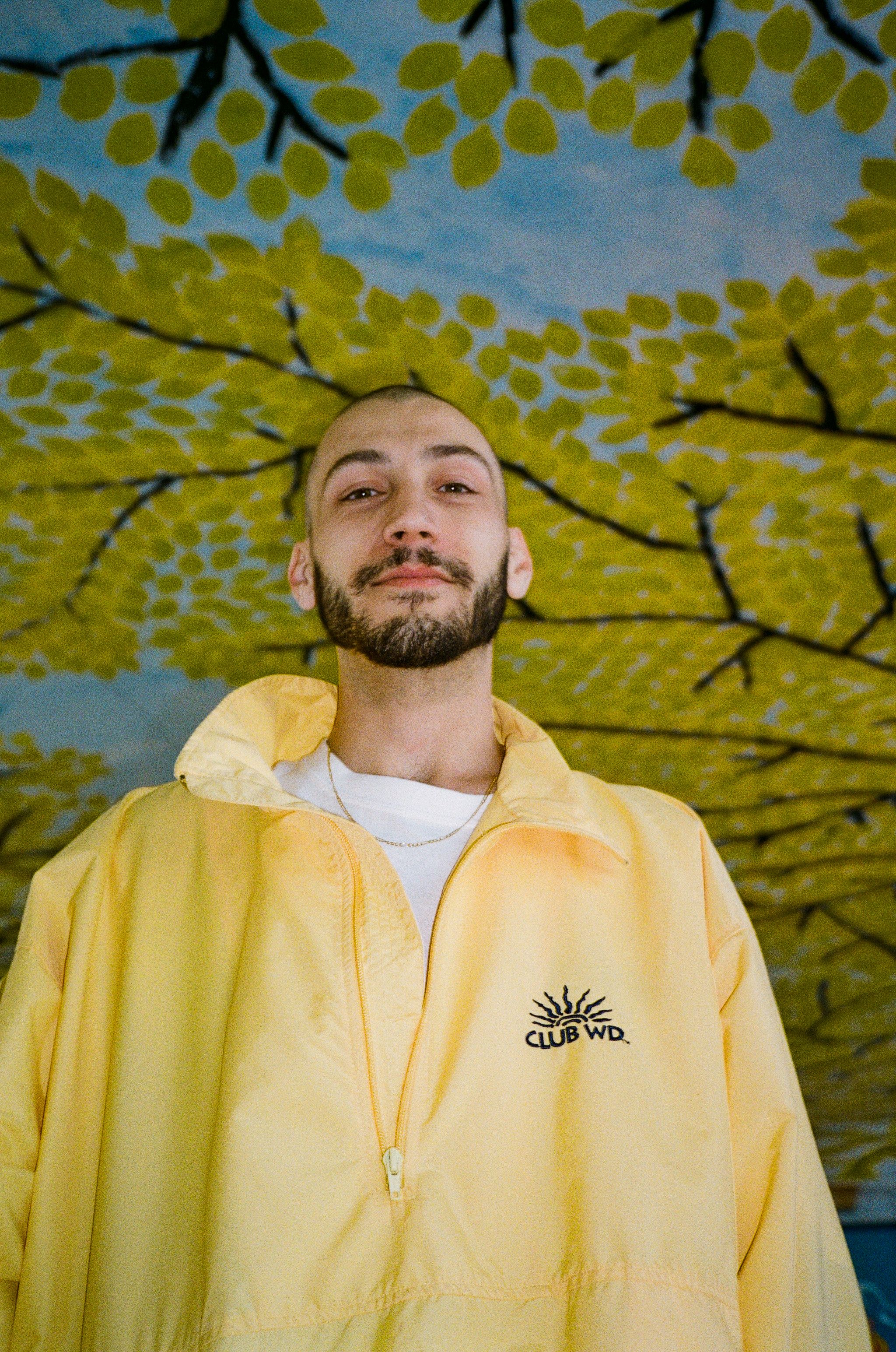 What music do you like to listen to? Is it similar to the kind of music you make?
‍I feel like it is, and it isn’t. I listen to a lot of everything. I really love a lot of indie stuff, like, I was listening to “The Catalyst” by Grizzly Bear just the other day; it’s such a good album. But I still listen to everything from fucking “Yummy” to, like, whatever’s out there. I feel like the music I grew up on is what has the biggest place in my heart, which is indie stuff, like Local Natives, Broken Social Scene, a lot of that kind of stuff.
‍
Tell me about your creative process.
‍I don’t really go by a formula because I feel like it never works when I say I’m gonna do it one way. Sometimes, I’m just playing the guitar or piano, and I feel it, and the song happens – like start to finish. Or, sometimes I’m just making a beat or playing some cool loop or a chord progression, and I’ll start riffing on it and get the ingredients for what I think is a cool song, and I’ll start building it up from there. It’s either one or the other, there’s really no other way. But between those two processes, I usually get something. I never go into songwriting and be like, “I’m just gonna sit down on the guitar and write a song.” It’s more so on how I’m feeling that day. Baby steps, you know, like do what you feel comfortable with, and then see where that goes.
‍
What are some of your goals as an artist?
‍This is a tough one because our big goal was to tour. I’ve been putting out music for like two to three years, and we’ve been trying to get an American booking agent since before all of this even started. I was really stoked because we just landed a sign with ICM in LA, who are awesome, and at the beginning of March, we were already talking about this tour we were gonna book in the Fall, so it was all just looking really sick. Then, all of a sudden, this shit came in, and now we don’t know when the next concert’s gonna be and all that, so it’s tough. But aside from that, my other goal is to just roll out a bunch of singles – not even any type of project – and really ramp them up and get them a lot of attention. I’m also hoping to have a couple of exciting co-writes out that are done and completed with the artist – another thing that’s been put on the bench because of the virus. But still, I think that at least a few of those things are gonna come out and happen soon.
‍
Which artists would you like to collaborate with?
‍I’ve always loved Mac Demarco so fucking much, not only because he’s funny and all that shit, but he’s such a sick guitar player. I would just love to have some Mac vibes on a song. Actually, when I had first met my manager, years and years ago, he told me that I kind of reminded him of an R&B version of Mac DeMarco. I was like, “That is the best thing that anyone has ever said to me.” 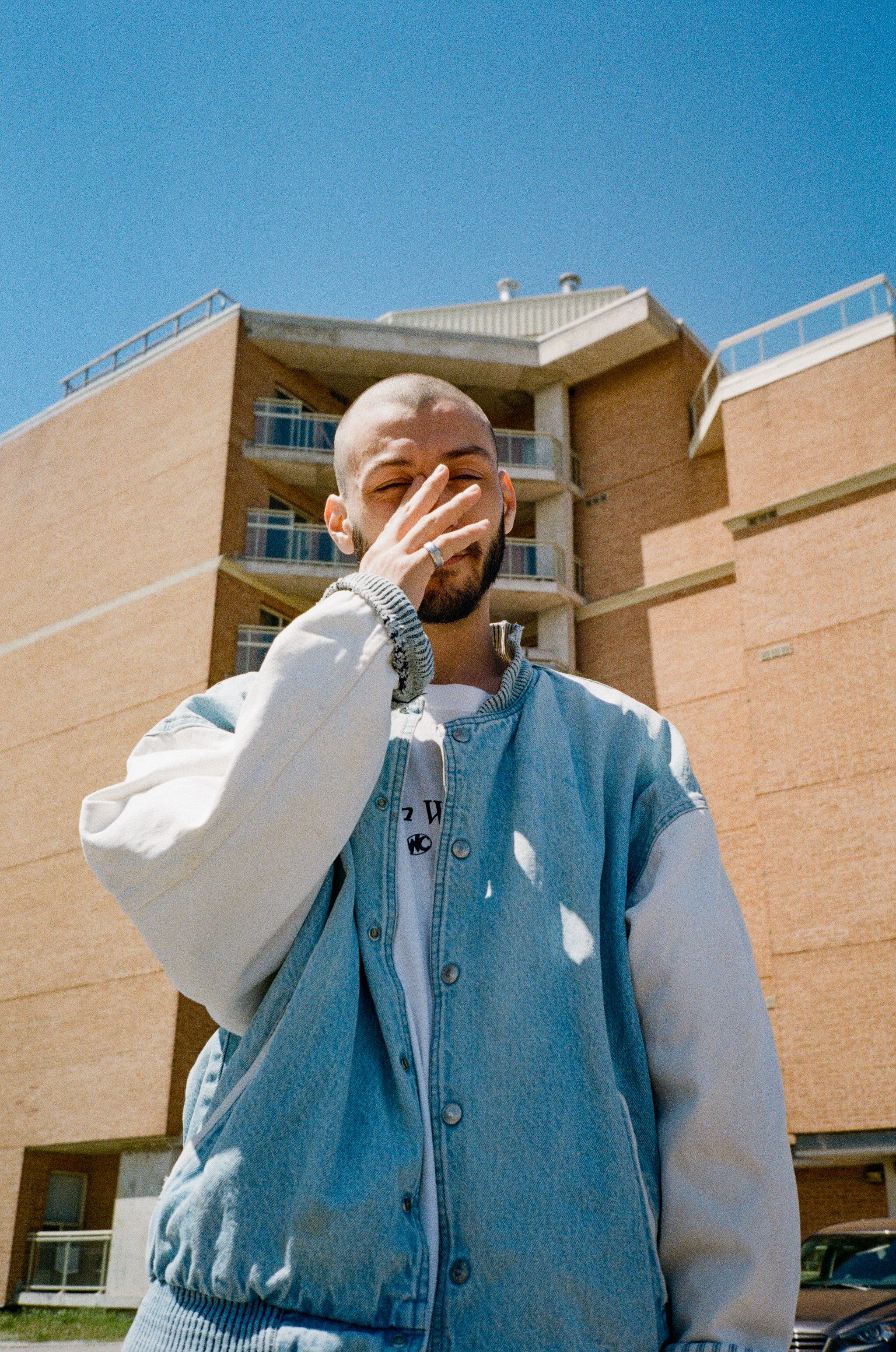 ‍What do you enjoy doing outside of music?
‍I love cooking. I’ve got a dog I love walking with. I love taking hikes, that’s like my favorite thing. Outside of making music, I really love just listening to music and playing piano off the record – like not trying to write fucking bangers or any of that shit – I just like doing that. I like being outside too. My parents live kind of outside the city, and I go up there with my friends and skateboard and just do outside shit.
‍
If you could have the answer to any question at all, what would you want to know?I guess I would want to know if there is a certain timeline for people in life because I heard a saying recently that was really fucking dark. It was like, “If you’re knocking on the door, and it doesn’t open, then maybe the door isn’t for you,” and I was like damn, that’s crazy. I know people that try a lifetime even trying to get their music to where mine is at – which isn’t even at a global scale – but people try so hard, and I wonder if there is a path laid out for you or if it’s just like touch and go every day.