“I’ve been singing, straight up, since I was probably like 18 months, maybe two years old,” singer-songwriter CLAY tells Queued in a recent phone interview. Just listen to her song ‘sponge,’ and you’ll believe it.
‍
“Singing has always been my medium for expressing myself, so I kind of always knew that’s what I wanted to do," she notes. "But I didn’t really have a moment of, ‘Okay, I’m gonna do this forever,’ until I was probably like 18.”
‍
The realization came as she was going through the college application process in her senior year of high school.
‍
“I was like, ‘Oh, well, I don’t really wanna do anything other than music,'" she realized. "You know when you have that kind of moment? When you’re like, 'Wait, what am I doing? Who am I? Where am I going?'”
‍
We have all had those moments, but few of us end up attending one of the most prestigious music schools in the nation. For a couple of years, CLAY attended Berklee College of Music, but eventually left and moved to LA, where she is currently based.
‍
She had been making music for years before actually releasing anything, but her perfectionism stood in the way. Then, finally, the moment came where she thought, “You know what? I actually think this is a reflection of who I am in this moment, and I’d like to share it.”
‍
“I really had to get myself out of the mindset of being a perfectionist, and a big part of that is not allowing myself to feel regret and to say, ‘You know what? If this didn’t come to the result that I initially wanted, this is what I learned from it,’” she remarks. “Regret causes so much tension in the self and is such a wasted emotion. You’re like, ‘What could I have done better?’ and, ‘Ugh, I can’t believe I didn’t accomplish this this way.’ There’s nothing that you can do about it, so you actually have to choose to continue to move on and not be stuck in that.” 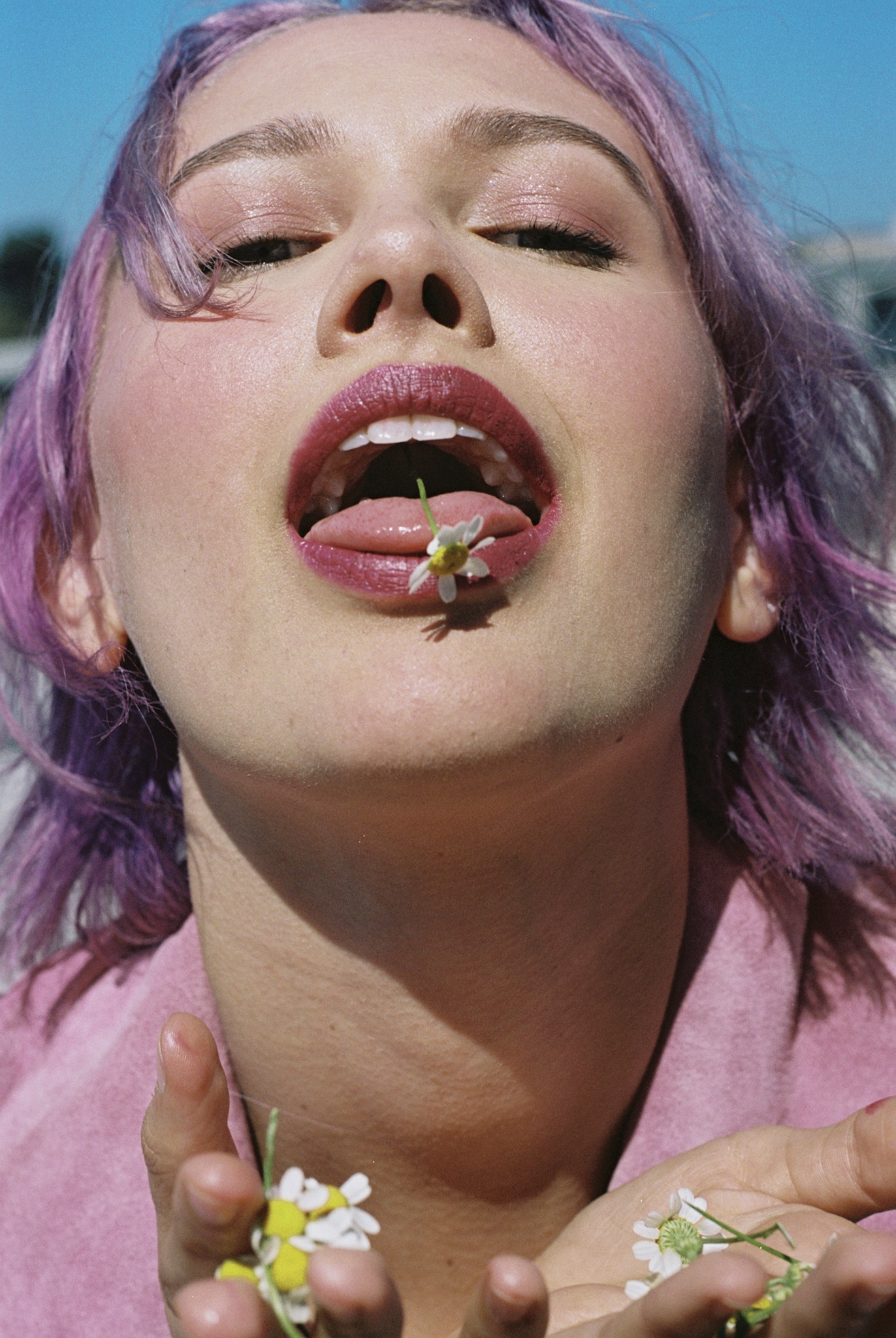 Because she is more of a live-oriented artist, she was really into playing live shows for a while rather than releasing music.
‍
“I really had to learn how to become comfortable working in the studio, and I had to learn how to love getting my voice recorded,” she confesses.
‍
In 2016, CLAY released her first song, titled ‘WildThing / 3’s a Crowd,’ and has independently built up her music career since. With the help of an independent music distributor, she has been releasing music on her own terms for the past four years.
‍
A prominent theme in her music is delving into the self and exploring universal truths. By singing about her own struggles, she hopes to open up the conversation and help people feel not so alone in what they have experienced.
‍
“I feel like my purpose on the planet is to free people from their suffering,” she emphasizes. “And I think that by sharing my own, other people can resonate with the experiences, the shame, the guilt, and even the positive feelings, although I tend to go more into the dark sphere.”
‍
This vulnerability is portrayed in songs like ‘sponge,’ ‘Forgotten How to Fly,’ and even ‘send off.’ Despite ‘send off’ being about strength and perseverance, she explains that “the strength comes from that vulnerability of feeling weak.”
‍
“It’s very rare that I step back from something and have almost an out-of-body experience," she stresses, "and I genuinely feel like I tapped into a collective consciousness with those songs. I listen to them, and I’m like, ‘Holy shit, this is exactly what I wanted to say. This is the exact sentiment.’” 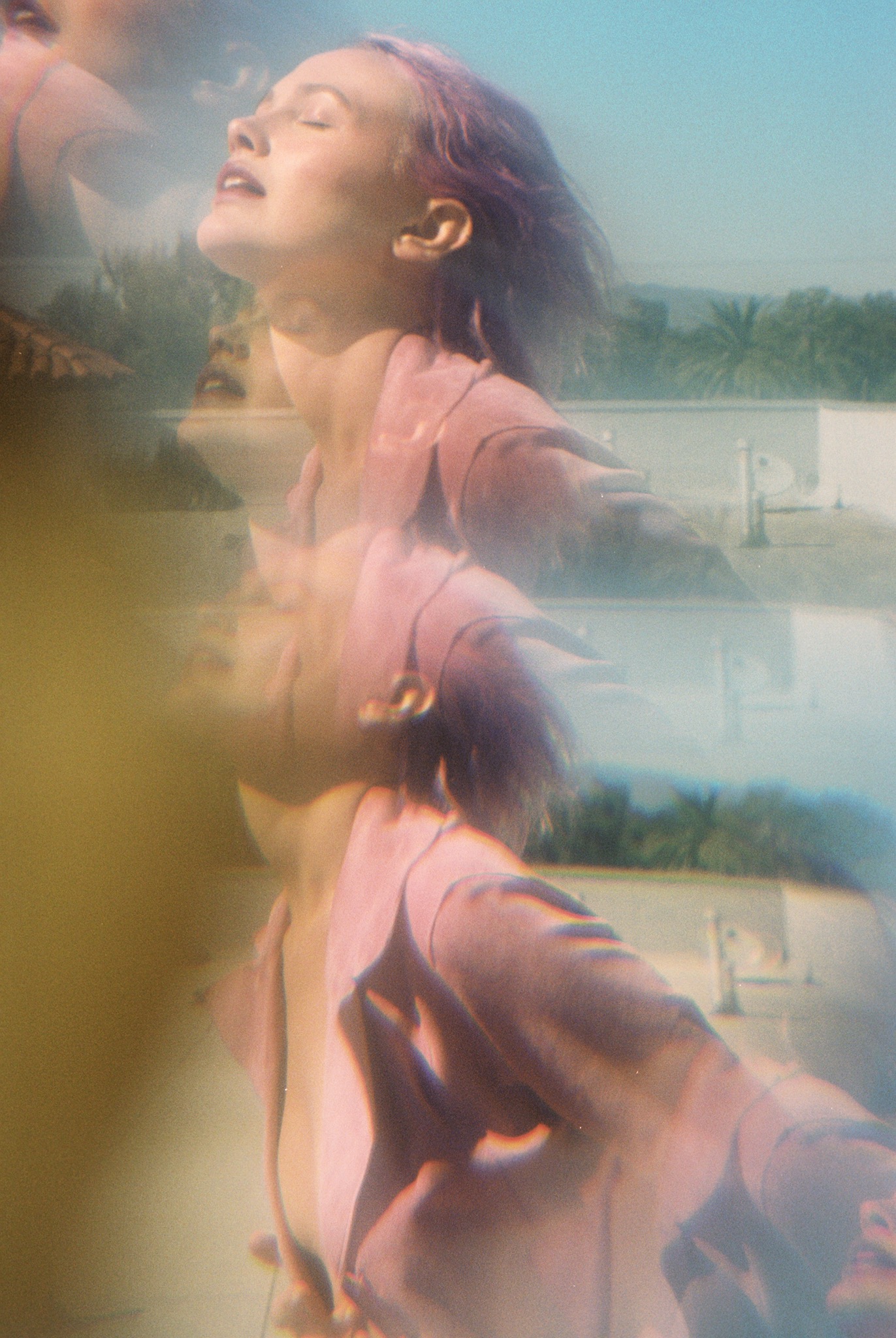 CLAY's debut EP, ‘hues,’ was released in May of 2019 and contains six tracks, including her most streamed song, ‘orange.’ When you listen to the lyrics, it might sound like she is singing about overcoming a toxic relationship, but the song is really about Donald Trump.
‍
“It’s so funny because everybody’s like ‘Oh my god, this helped me get over a breakup,’ which I love, but yeah, I literally wrote the song about Donald Trump," she laughs. "I was like, ‘I wanna write a song called ‘Orange’ about Donald Trump and how now every time I see the color orange, that’s who I fucking think about.’”
‍
Towards the end of the song’s performative music video, CLAY starts to spiral out, switching back and both between laughing and crying. Her movements and facial expressions almost make it seem as though she is being controlled like a puppet or marionette doll.
‍
“Yes, it’s a lighthearted song, but it’s actually covering a heavy-handed topic. We can laugh at Trump memes all we want, but at the end of the day, we are lowkey living under the rule of a dictator who is so blatantly homophobic and racist and transphobic," she voices. "It’s like, all you can really do is laugh or cry, so I chose both. I loved doing that video. I love doing performance videos.” 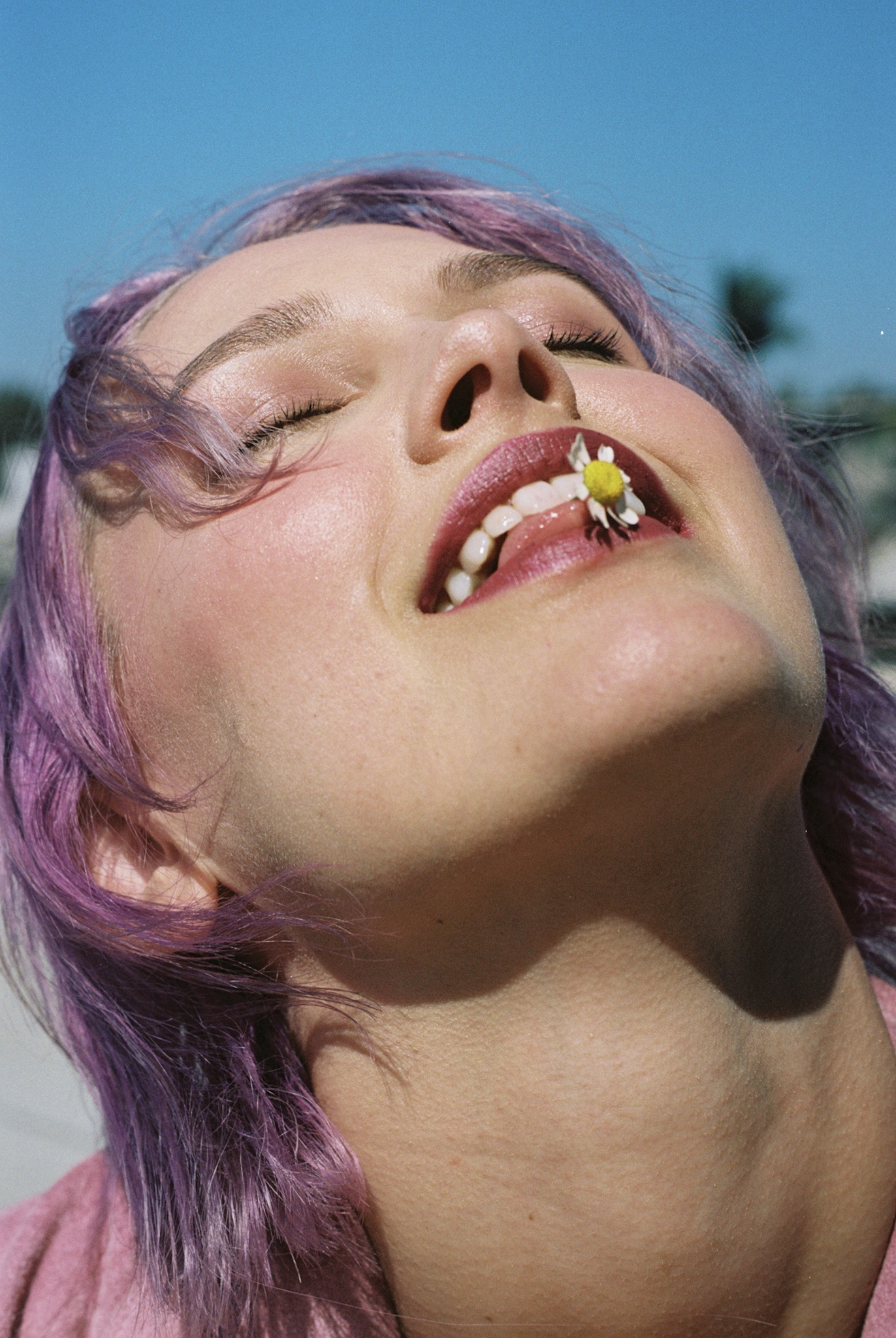 Beginning in March, CLAY will start releasing singles, in hopes of putting out a new EP before summer, which she explains will be “a little bit more alternative, or left of center.” Unlike with 'hues,’ each of the tracks is produced by the same producer, giving the EP a “very cohesive sound.”
‍
“I’m super stoked for people to hear the EP because the production is finally in a place where I’m like, ‘Oh, this is exactly how I want this to sound,’” she reveals.
‍
What she is most excited about, however, are the music videos, which she explains will be more narrative-based and meaningful.
‍
“Being an independent artist, it’s just about being able to use whatever resources I possibly can, and sometimes it’s a struggle, but that’s okay," she articulates. "Investing in the art, as long as the art really has a message and is impactful for people, is really important to me.”
‍
After putting out this EP, CLAY announces she is going to “start to kind of build momentum towards a debut album.”
‍
“I had to put out ‘hues’ to break the seal, you know? It was my first body of work and a great first step, and then I was like, ‘Cool, let’s do another one, immediately, and then I’m gonna put out an album after that,’" she says. 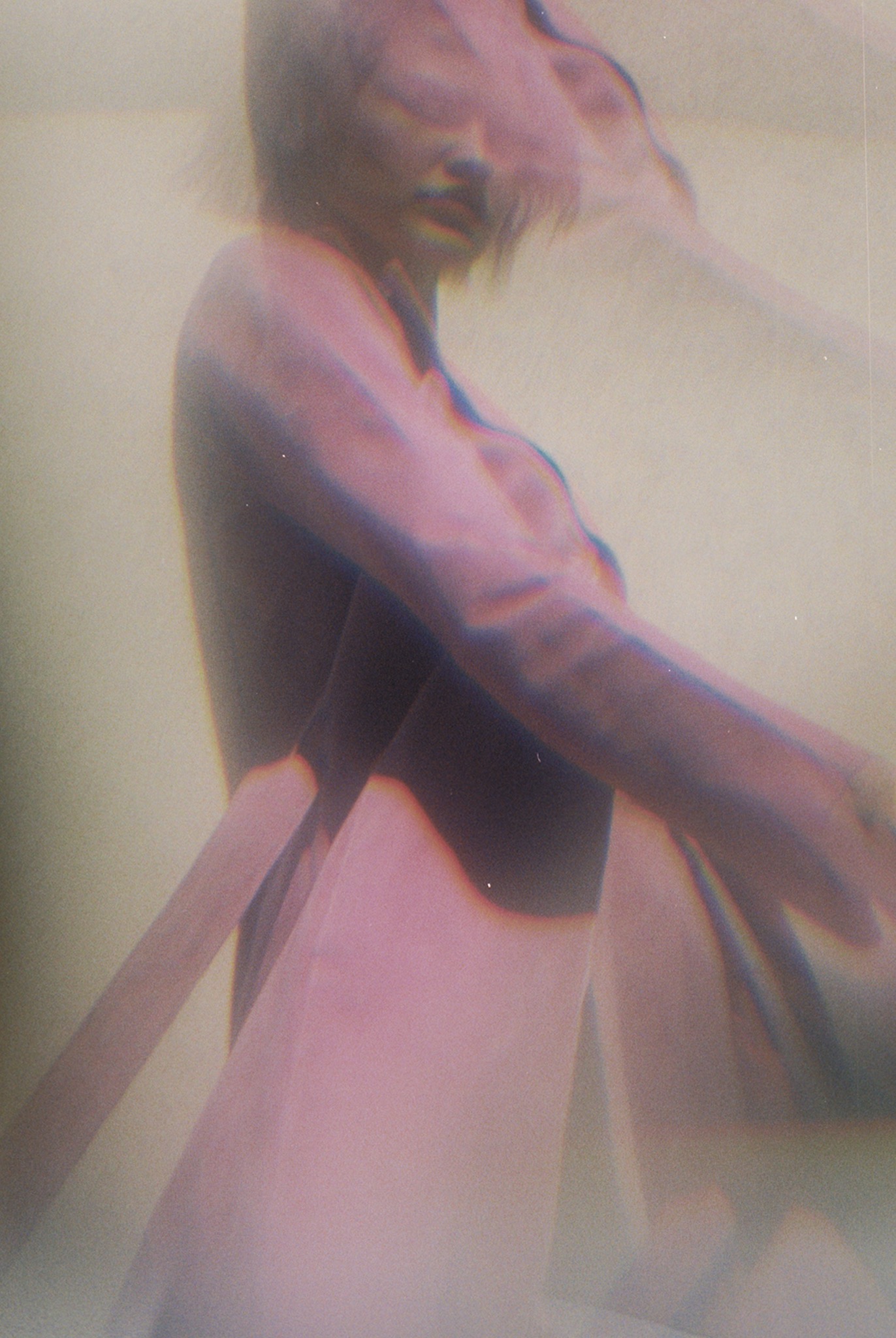 Over the past five years, she has been pinning the songs that have stood out the most, or “float to the top in a certain way,” slowly building this imaginary album, which she hopes will include only live instruments.
‍
“I have a title for it and everything,” she hints. “I’ve had the title for, I think, like five years.”
‍
While CLAY has been able to secure a number of spot dates, she has yet to go on an actual tour. This year, she hopes to finally check that off her bucket list, whether it means headlining her own tour or opening for another artist.
‍
“I have a couple of things on the horizon that I haven’t solidified yet, but I just want to go on tour, so I’m planning on that for this year, for sure,” she says. 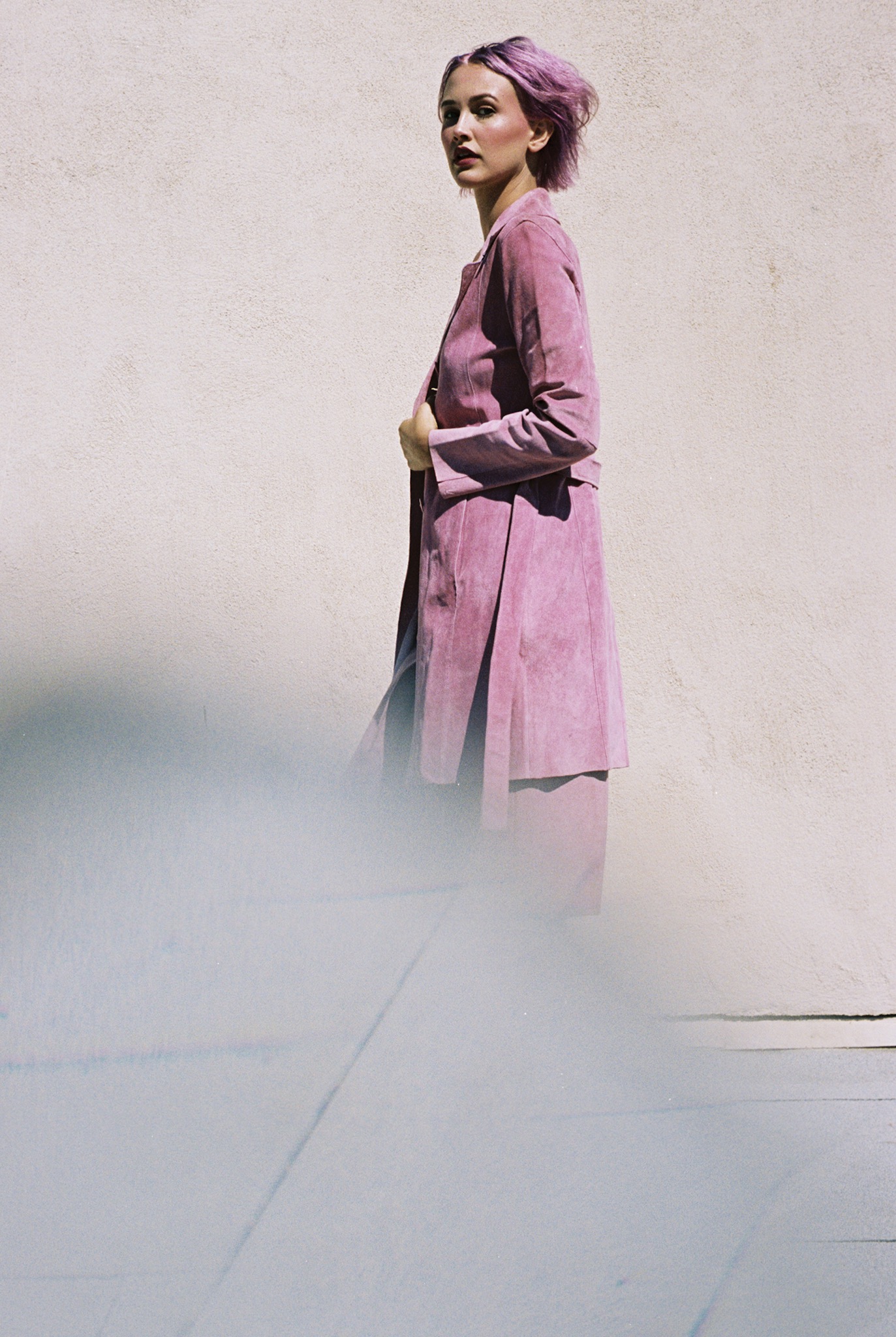