Like most songwriters out there, Australian-born Guard found himself becoming very attached to the songs he would write. He equates each song to “a page out of a journal.” In 2017, he launched his singing career and released his first two singles, “Xylophone” and “Pineapple Crush,” which remain his two most listened to songs on Spotify to date, with nearly five million combined streams.

After a two-year hiatus, the singer-songwriter returned in late 2019 with his song “I (Don’t) Hate You.” Throughout the first half of 2020, Guard put out one song each month – ultimately leading up to the June release of his debut project, The Identified Patient. The 11-track album recounts Guard’s healing journey following the fall of a toxic relationship.

“It’s not meant to drag or blame anyone. It’s more about how this relationship sparked a bit of breakdown for me, mentally, and how I found myself after all of it. I’m just really trying to stay as authentic to myself as I can in this process.”
‍
Being a fully independent artist, Guard has the liberty to be his true self. He is working on his own terms, creating at his own pace, and he is having an absolute blast doing it.
‍
“I’m just kind of trialing and error, and it’s fun to put out music, so I’m just doing what I want and releasing music when I feel like it,” he says. “I do have a plan, but I’m not working by anyone else’s time constraints, and it’s the first time in my professional career where I’ve been able to do that, so I’m really enjoying it.”
‍
Guard has certainly evolved quite a bit since the start of his music career. He is much more confident and strong in his artistry. “I feel like when I was first getting started, I was just making music for the sake of making music,” he admits. “Now, I know who I am more. If I have something to say, I’ll put it in music.”

Guard’s music can be best described as electronic alternative pop, though he says his sound “changes with how [he is] feeling.” A lot of his music includes a soft guitar, trap beats, and hyperpop elements. “I don’t feel constrained by a genre or anything like that,” he explains.

Something you should definitely know about Guard is that he also doubles as an Instagram meme god. He currently manages several meme pages, most of which have accumulated a following of more than 200 thousand.

Check out our Q&A with Guard below. 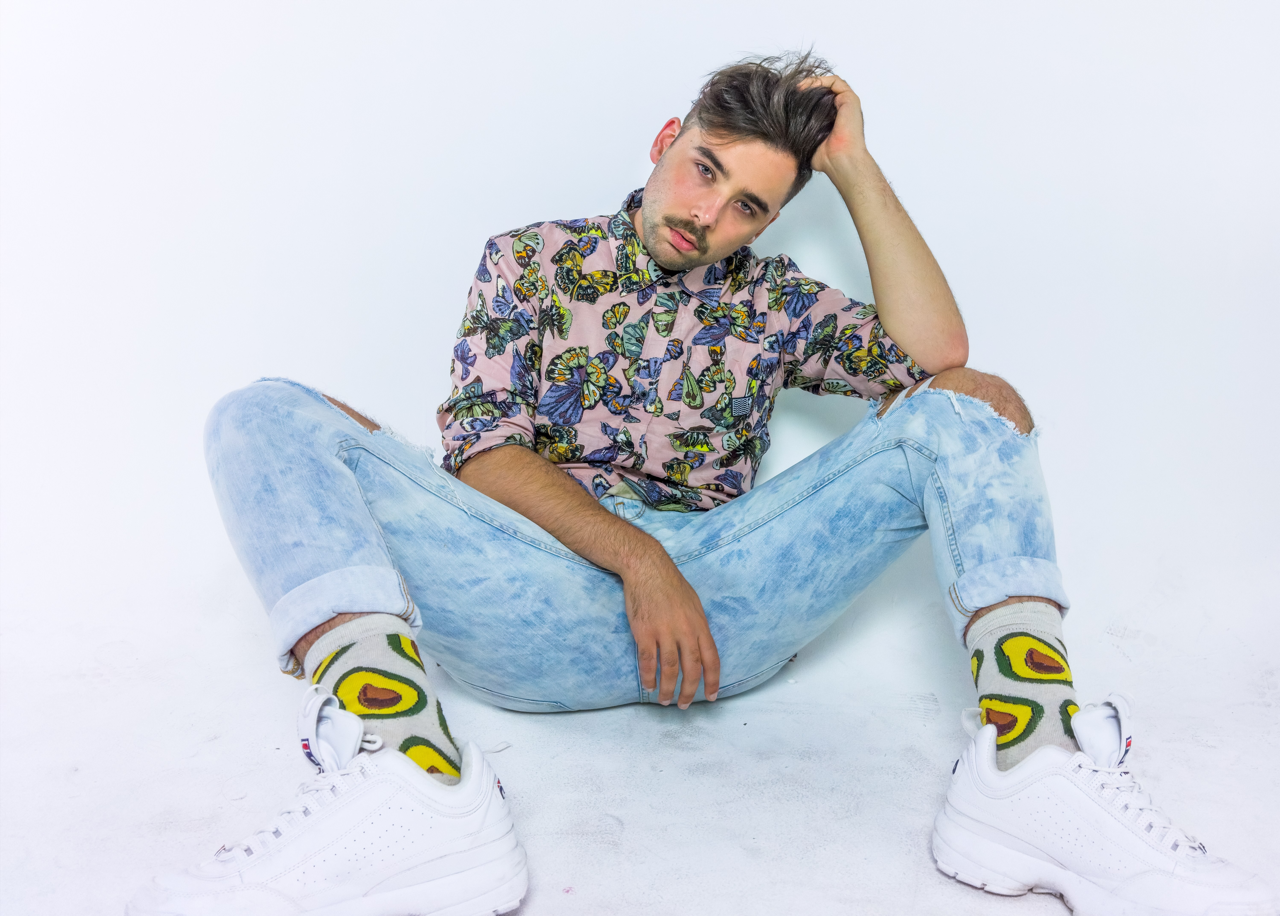 Would you ever consider moving to the States?
‍Well, I actually lived in LA for a year, in Sherlan Oaks in the Valley. It was cool, but I feel like it’s just very intense there, and there are a lot of – I don’t know how to describe it other than lost souls. There are people that are just on a journey to self-destruction, and if you are in a bad place yourself, you can be susceptible to that, which I kind of found was happening with me. I just wasn’t in a good place living there, and I had to leave for my own mental well-being, but I totally would love to go back and live there. If the timing’s right and it could work out, yeah, I would 100 percent move there, but I’m okay in Melbourne for now.
‍
Which artists would you like to collaborate with?
‍There are a lot of indie alternative artists that I’d love to work with; like there’s an artist called Carlie Hansen who I would love to work with. Also, bülow – she’s a really cool alt-pop girl – I think she’ll be cool. There are a lot of producers I would like to work with as well. My ultimate goal would be to work with someone like Banks. Her sound influences me a lot, so I feel like we could make something cool if she would be open. I’d also love to work with some of my friends as well, sort of within the online queer community, like I’d love to work with That Kid. I’ve written for him quite a bit, but I’d love to do an actual collaboration with him.
‍
What is your proudest moment?
‍When you’re starting as an artist in this day and age, there’s so much pressure put on getting on the New Music Friday playlist. I don’t know why, but it’s such a focus for so many indie artists – even artists under record labels – so it was a really big deal for me to have a lot of my new music featured on the Australian New Music Friday playlist. I also wrote a song for Slayyyter called “Cha-ching,” which came out last year, and that one was featured on the main New Music Friday playlist, so I was really proud of that. Having a writing credit on that playlist was great.
‍
Not professionally, my proudest moment was dealing with my mental health. I had gone however many years not functioning properly, and it took a bit of a wakeup call in LA to realize, “Hey, if you don’t wanna live sad all the time, if you actually wanna have a good life, you have to do something about it.” So, recovering from that has been really fulfilling; realizing that I don’t have to live with depression; I don’t have to be depressed all the time. It can be hard to hear that if you don’t understand it – and when you’re in it, it can just feel like there’s no end – but there is an end. You just have to put in the work, and I’m so grateful to be happy.
‍
What is the number one thing on your bucket list?
‍Well, for years, it was to go to the 9/11 ground zero memorial, and I finally ticked that off. I went up the freedom tower, and that was literally the scariest moment of my life. I’ve never had vertigo before, but I don’t know why my toes were trying to grip the floor through my shoes. I was so dizzy and so scared, but I just really needed to go there, and that was a big thing for me. I just really wanna travel and see more of the world, and I’m hoping that that will come with being able to tour more. Hopefully, I can book some shows when everything is back to normal and potentially see the world that way. I wanna keep taking this as far as I can and really pursue music and succeed in it. That would be something to tick off.
‍
If you could have the answer to any question at all, what would you want to know?
‍What is the point of us being here? I don’t know, there are so many questions. I would love to understand the relationship between the human soul and our living experience a little bit more. In my experience, I feel like the soul and spirit are super important, almost who you are, like your true self. I do feel like we are potentially spiritual beings having a physical experience, but I’d love to have clarification and understand exactly what the hell is going on here.