Just over two years ago, indie-pop artist Hapi was on her way to receive a diploma in apparel merchandising at Indiana University. Her transition into the music industry happened quite abruptly. She describes her experience as a "spiritual awakening." She began realizing that life isn't really what she thought it was.
‍
"I had this voice in my head that was like, 'You need to make music now.'"
‍
She always had a deep appreciation for music and loved to sing, but never really viewed it as a possible career option for her. She felt like you had to be "some sort of really special person" to be a musician.
‍
Hapi has been writing poetry for much of her life, so when she began music, the songwriting process came naturally.
‍
"I love writing about love, and I'm really interested in spirituality as well and just manifestation and the power of the world and our imagination. That's a huge thing for me – my imagination. Utilizing that to create my reality."
‍
Once she had lyrics, she would scavenge YouTube for pre-made beats, slap them over her vocals, and out came a banger.
‍
"My best songs, I'd have to say, are when I get these dreams of words. I don't have to ever think about it too much. When I do, I never like it. A lot of the best songs I've written just flow out of me super-fast, and I'm just like, "Woah, that was easy." So, usually, I just have to get inspired by a beat or feel it. I can't force it. I can never force it. I never know when I'm going to write a good song or not."
‍
For copyright purposes, Hapi was posting her songs to SoundCloud for a while. Her debut album "Luv Trip" is now available on all streaming platforms, but she still uploads songs to SoundCloud."My favorite one is called "trippy hippie." I think I might've taken it off, but maybe I should put it back. It's actually one of the first songs I recorded, and I love it because it incorporates rap. I really enjoy rapping, and I like how the song includes both singing and rapping. Also, the beat is just kind of girly but hard at the same time, and I love that sound." 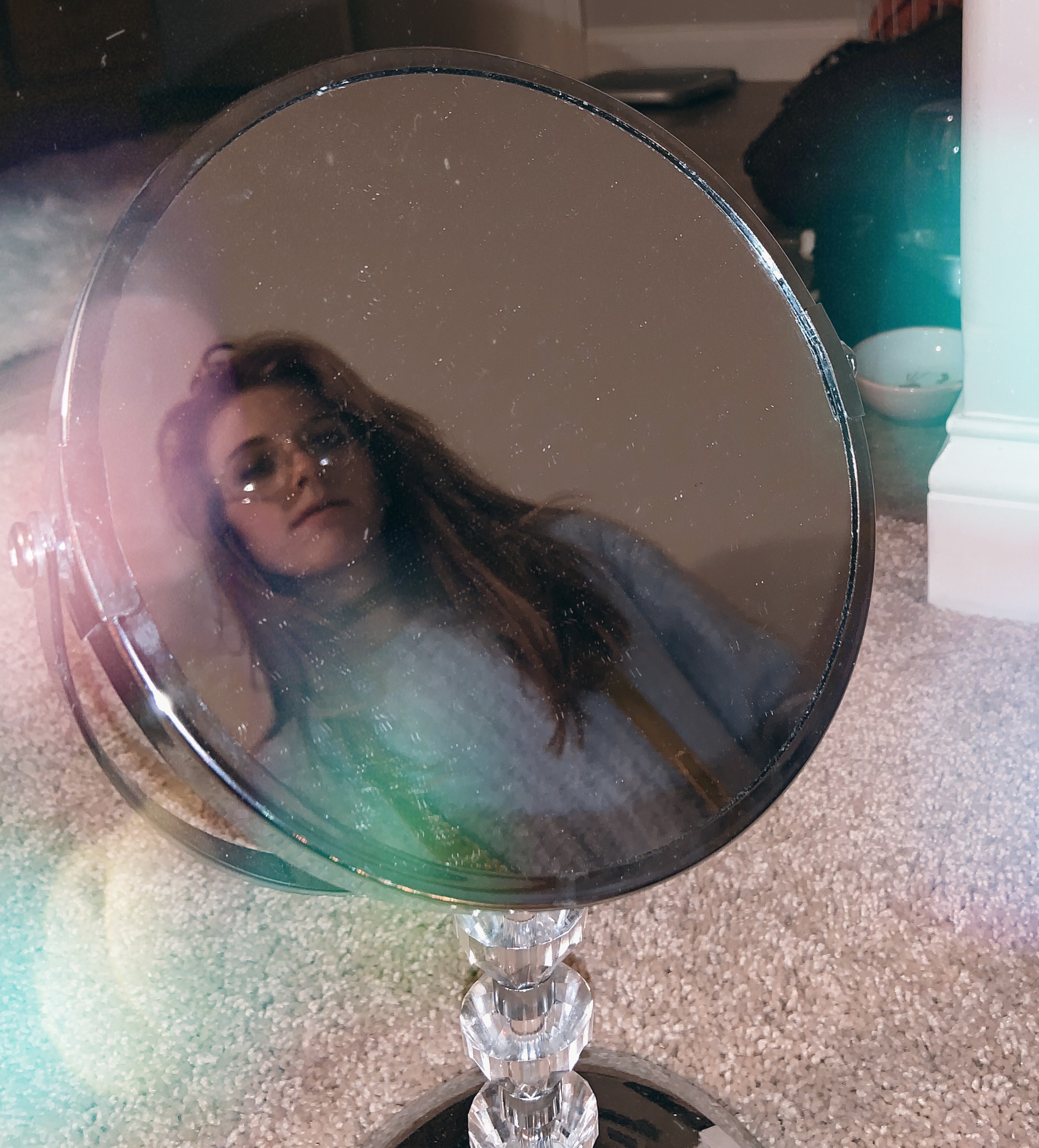 Hapi first gained recognition when YouTuber Claudia Sulewski featured her song "Deep End" in one of her videos.
‍
"The way that happened was just so serendipitous— if that's the right word. She was looking for free music to use because of YouTube's copyright policy, so my producer emailed her and was like, "You can use our music," and she used my song. It was like the craziest thing."
‍
After Claudia's video was posted, the song reached 400,000 streams by the end of the week. Now, her album "Luv Trip" has over 1.4 million streams on Spotify.
‍
"I always had this vision of getting a lot of plays on my first album, and it was just so crazy when it came true because there are so many people who struggle with getting their music out there and establishing themselves as an artist. Making the album took a year and a half, so it definitely wasn't easy at all. Still, I never realized how possible it was to make a dream come true, and I want to prove that through my music."
‍
Ever since her music started gaining traction, however, Hapi has been having mixed feelings about continuing music.
‍
"I'm having this debate. I want to, but I don't want this whole thing where people idolize me and make me into this crazy thing and like, superfans. I don't want to mislead people into thinking I'm this superhero person when I'm just like everyone else. Also, I don't know if it's just my fear of thinking, "Oh, I can't do this the way I want to do it," but there are so many stories of people getting so lost in the industry. I don't want that."

Whether she chooses to pursue music as a full-time career or not, she is sure her career won't look like any out there.
‍
"I really love spirituality, so I want to incorporate that into what I do. I don't know if it's just going to be music, honestly. I've considered going back to school and studying philosophy or something because I'd want to be a professor or a teacher. I love teaching, but I don't know if I would actually go for it. I have so much against the school system, but I know there's a purpose for it. I really don't know where I'm headed with this. I have to stop being so indecisive."
‍

Check out our Q&A with Hapi below. 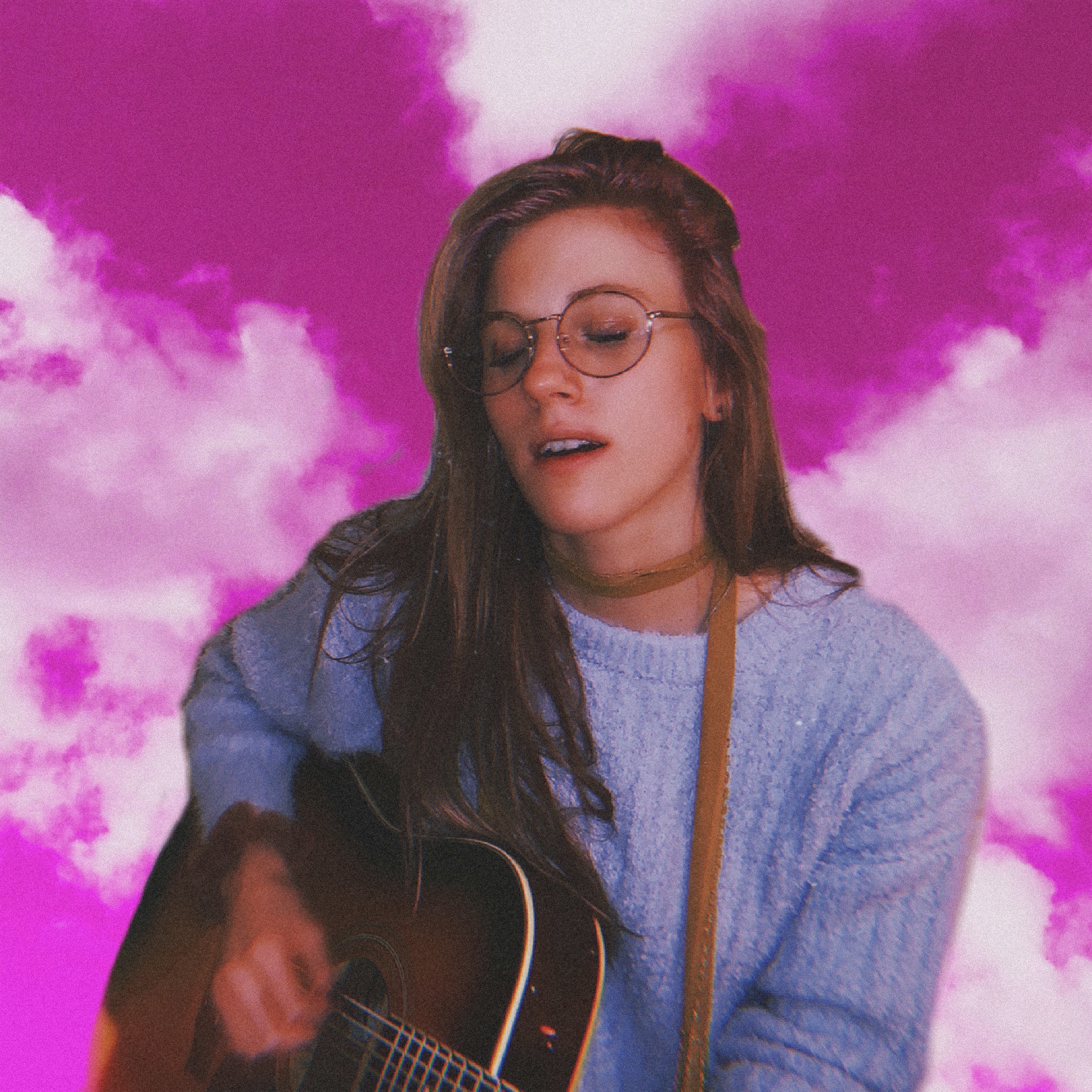 What kind of music do you like to listen to?
I like everything, dude. I had a reggae phase a long time ago. I love rap, but I also love super singer-songwriter songs like Ron Pope cry-about-love music. I honestly like anything. It's really just about the vibe I get when listening to it. I don't ever say I don't like a certain genre. Genres are disappearing. It's so hard now because everyone grabs from different genres. You can't put stuff under labels anymore. Everything's so unique. That's the future.
‍
If you could collaborate with any artist, who would it be?
Right now, I fucking love Dominic Fike. He's so cute. He's the cutest person ever, and I love his style. I would collaborate with him for sure. He's so talented with the guitar; he does some crazy shit on it that's just so dope. And apparently, he went to jail. His song "3 Nights" is so good. Dude, I just found that song, and I have it on repeat. I'm such a loser.
‍
What's one of your proudest moments?
I feel like the first thing that comes into my head for a proud moment would be the day I got so many plays on Spotify. That was like my dream come true. It was the most unreal day ever.
‍
Tell me an embarrassing story or fact about yourself.
An embarrassing moment would be when I went through this phase at the beginning of my spiritual awakening, where I seriously thought I was going to just disappear from this world, and I didn't belong here. I would tell people, 'I'm not gonna be here.' One of my friends was calling me because she thought I was going to commit suicide. I was like, 'No, I'm going to the fifth dimension. I can't explain it; I just won't be here.' Looking back on that, that was crazy. That was one of my really crazy phases.
‍
What would you consider your biggest strength and weakness?
My biggest strength would probably be my ability to believe in something I can't see. My biggest weakness is getting lost in fantasyland and forgetting about reality. It's a blessing and a curse, but mostly a curse.
‍
Do you have any hobbies?
I like to design clothes.
‍
If you had to describe yourself in three words, what would they be?
Eccentric, revolution, leader. I want to lead a revolution someday.
‍
What's the number one thing on your bucket list?
I just thought of this. This is so funny. Get married. I hope it happens before I die.
‍
What's your biggest pet peeve?
When you text the boy that you like a nice thing, and he just likes the message.
‍
Are you a morning or night person?
Night.
‍
What's the strangest food you've ever eaten?
I think I had alligator once. It tasted like chicken nuggets. My neighbor used to hunt, so he prepared it. I wouldn't have it again, though, because I'm vegetarian now.
‍
How long have you been a vegetarian?
I think it's been two and a half years now. I'm debating going back to meat, but I don't even know. No part of me craves it anymore. I love meatball sandwiches, but I don't want to ruin my streak also. I'm super into being like, 'Yeah, I've done it for three years.'
‍
What's your favorite song at the moment?
"3 Nights" by Dominic Fike.
‍
What's your favorite TV or movie genre?
Drama…or romance. I love romance stuff.
‍
What's your favorite movie of all time?
Twilight: New Moon. I love the scene in there where Edward's gone, and the seasons are changing.
‍
What's your favorite color?
Purple.
‍
What's your favorite cuisine?
I would have to say American, I guess. I like sushi, but I couldn't eat it all the time.
‍
What's your favorite season?
Fall.
‍
If you could have the answer to any question in the entire universe, what would you want to know?
I would want to understand who's – I don't want to say controlling us, but like what is above us. I have this whole video game theory that we're in this video game, and we have beings that are just watching and playing this video game through us. I think about that all the time. The way I see it is that we all know, we just can't explain it in the same words because we all have different experiences. Everything has a different meaning to us, so we all feel it, and we know it, but the world is all about trying to explain it in the coolest terms. That's kind of what we're all doing.