"My name is K.ZIA. I grew up in a pretty artistic environment because both of my parents are artists. My mom is a singer and my father is a horse acrobat. So, ever since I can remember, I have been in very artistic worlds, traveling a lot, and very close to art in all kinds of ways. That has directly brought me very close to art in general, and music is just something that was part of me since the very beginning." 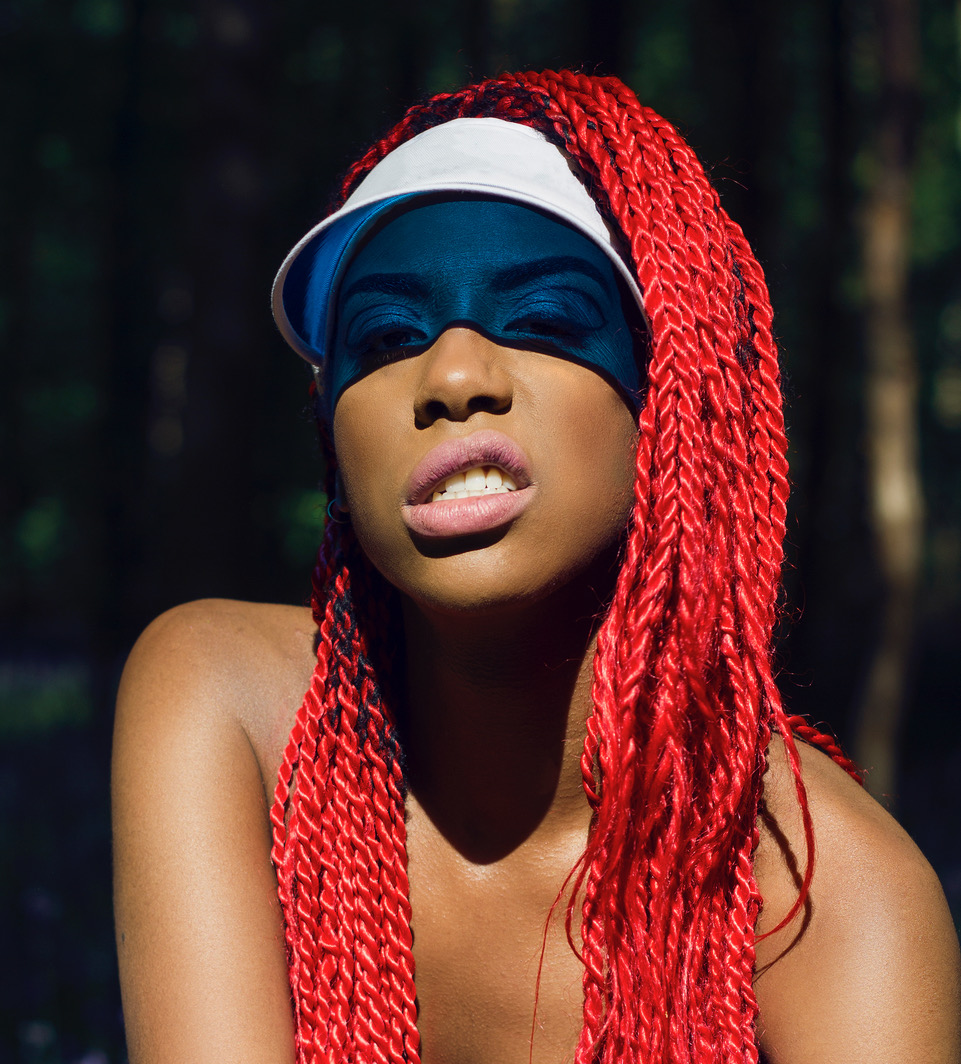 How did you learn English, and what other languages do you speak?
I was introduced to English when I was a child because my mom moved to New York when I was six, and so I obviously moved with her. I learned to read and write in English and was in private school in Brussels until the age of 16. So, that’s where the English comes from. Because I’m from Belgium, French is my mother tongue; it’s what I speak with both my parents and most of my family. I am learning German, now that I am in Germany. I used to be fluent in Dutch, which is the other official language spoken in Belgium, but I’ve forgotten a lot of that. Since German and Dutch are very similar, my Dutch is going away.
‍
Would you ever consider moving to the States?
Living in the States is something that, first of all, has already happened — I lived there when I was a child. I went back there a few times as well, and it’s definitely something I see for my future. I don’t know if the States would be, like, a fixed place; I see myself living between Africa, Europe, and the United States because I feel that I am a mix of the three. When I’m in the States, I really miss Europe and Africa. When I’m in Africa, I miss Europe. When I’m in Europe, I feel like going to the States. I think that, ideally, having bases in the three continents and being able to go from one place to another would be the perfect situation for me. Why would I see myself moving to the States? Well, I identify with the American culture in some ways because I grew up with it. Also, music-wise, my sound is something that can be fulfilled in the States, and I think that the crowd there is one that suits my type of music, since I sing in English.
‍
What artists do you look up to?
I’ve never really been someone that idolized other artists. I’ve never really been a fangirl. I think the one artist I do kind of idolize is my mom because of her journey, what she represents, where she comes from, how people see her, what she does music for, her message; all these things are just really respectful and beautiful things. 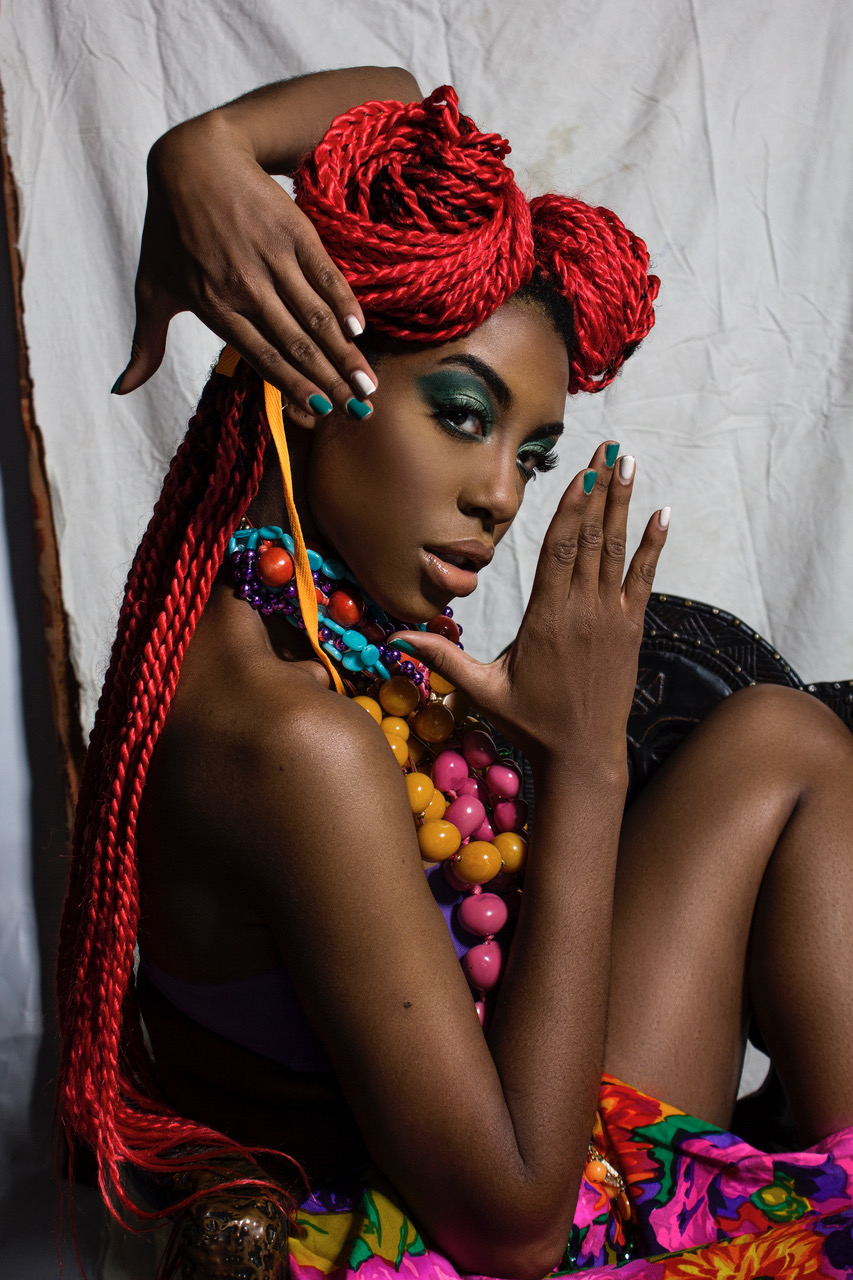 Does your background have a big influence on your music?
My background definitely has a big influence on my music. Like I said earlier, I’m someone that was built up on the basics of Afro culture, American culture, and European culture. My environment and experiences are what I consider to be part of my background, and that’s what I speak about in my music. Being a colored female singer in my environment is something that I sing about as well, so it’s definitely linked.
‍
Can we expect new music anytime soon?
Right now, I’m focusing mainly on singles. But I am also working on a second EP, which is going to be in French. It’s all very new to me because I’ve never written French; I’ve always written in English. But, you know, French is part of who I am, part of my culture, and it’s a way of expression I have, which is absolutely different from how I express myself in English. So, I’m really excited to share that side of me, hopefully soon.
‍
Have you thought about what you might do for a debut album?
For a debut album, I have a bunch of ideas, but it’s not something I’m focusing on right now because I’m not there yet. I think nowadays, as an up-and-coming artist, making albums doesn’t really make sense seeing how social media works. People like to have new material rather regularly, and with streaming platforms, it’s a lot about songs and playlisting. Unless you already have a big following, I don’t think it really makes sense to release an album. 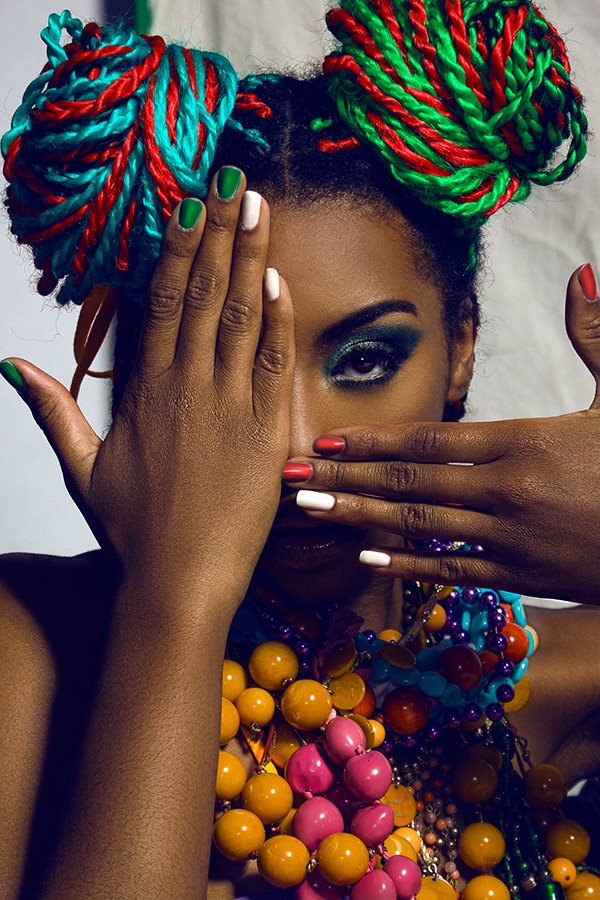 Which of your songs is your favorite or means the most to you?
I don’t really have a favorite song of mine. I guess one of the songs that means the most to me is ‘Type of Girl’ because it’s my first one. When I listen to it now, there are a lot of things, sound-wise, that I know could have been better. But at the end of the day, it’s the first song I wrote that I liked and also the very first song I ever released, so it’s always gonna be an important one to me.
‍
What artists would you like to work with?
Daniel Ceasar, FKJ, Masego, Stevie Wonder, Burna Boy, Mahalia, 6LACK, H.E.R., Rosalía, Pink Sweats, and Kiddy Smile.
‍
What are some goals you’ve set for yourself as an artist for 2020?
My goal as an artist for 2020 is to perform more. I mean, I already perform live quite a lot; that’s how I make a living right now. But yeah, more of that. I'd love to be able to support an artist on tour; that would be a great next milestone. I'm also entering the French market with that French EP, and I want to travel more and book different cities in Europe. 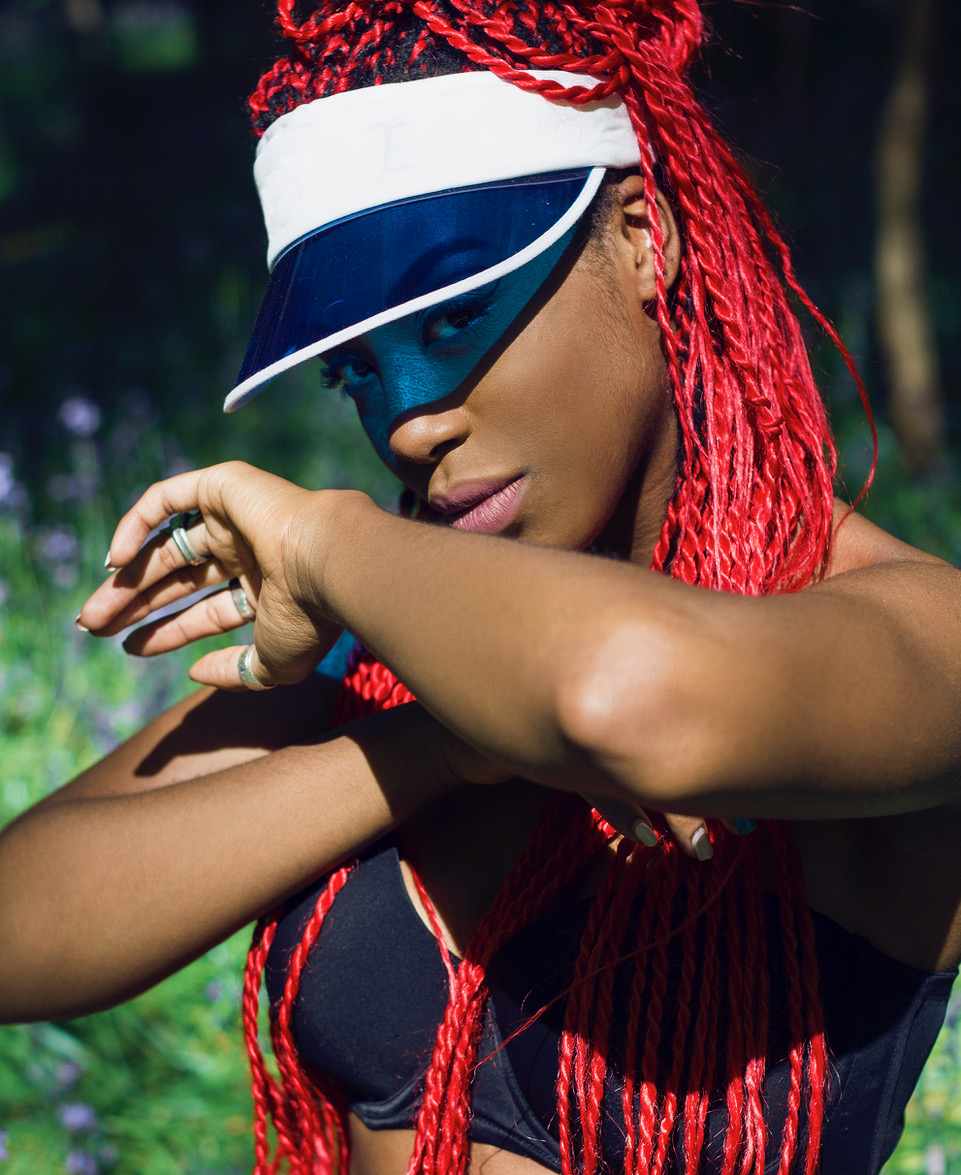 What is one of your proudest moments?
I’m a perfectionist, so I never really reach a point where I’m like, ‘Oh yeah, you did great.’ I’m always like, ‘Okay, better next time.’ But one thing I am very proud of myself for is doing what I’ve always wanted to do. I’m grateful for the drive that I have, and I’m proud of myself for believing in myself and giving myself the opportunity.
‍
What’s the number one thing on your bucket list?
The number one thing on my bucket list is to remain happy, make people around me happy, inspire people, and spread love. It’s not really the typical bucket list type of thing, but I don’t really have a bucket list like that. I have life objectives, and that’s the main one.
‍
If you could have the answer to any question at all, what would you want to know?
I think that I would want to know where my ideal partner in this world lives. 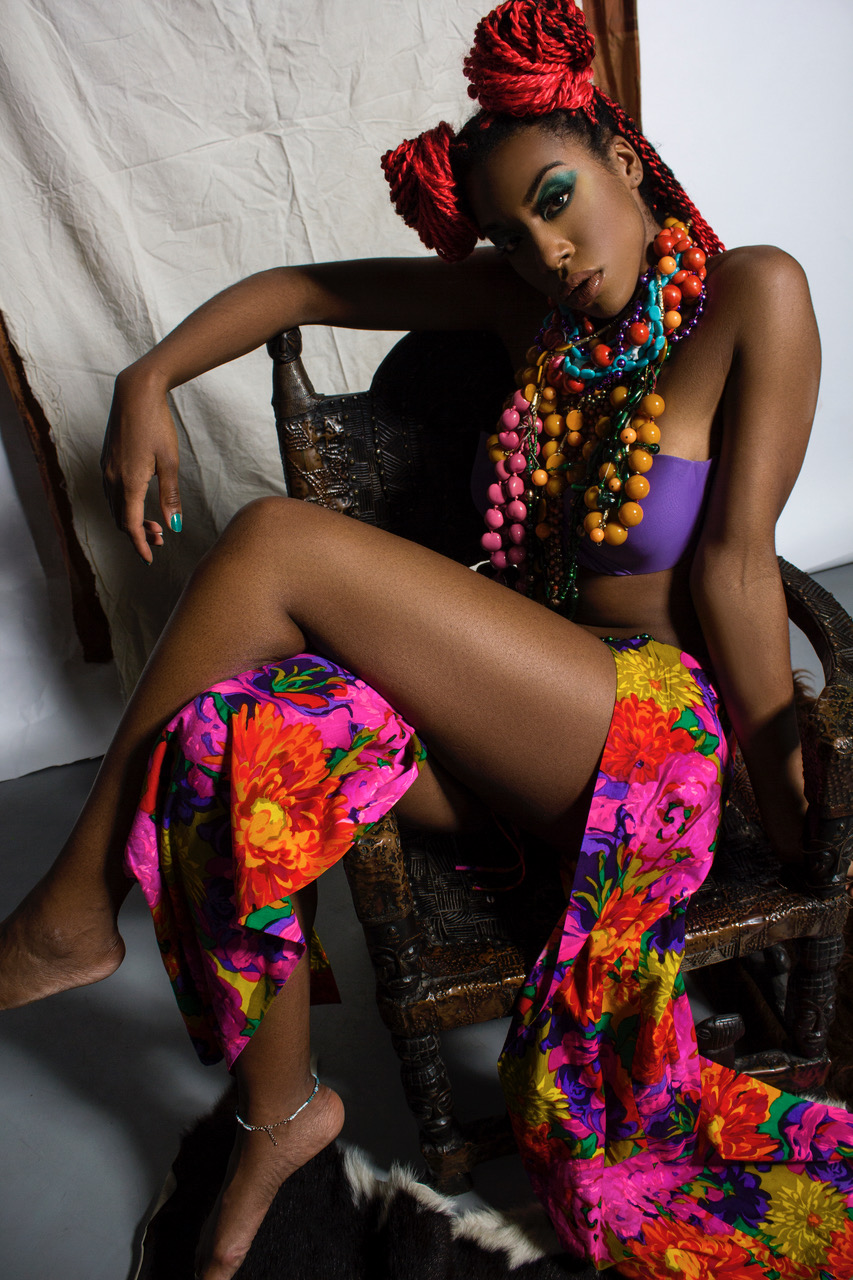