Monica Riskey is currently wrapping up her final year at Binghamton University, where she is pursuing a Bachelor's degree in neuroscience. If that isn’t already enough for a 22-year-old to handle, Monica also dedicates a lot of her time to making music. Although she has a passion for both, recent success with music has led her to reconsider her career path.
‍
“Every single year, something has been going down where I just started taking music more seriously. At the same time, results started to really show, and my head started to completely steer away from med school. Though, it’s not bad having a safety net, realistically.”
‍
Monica grew up in Brooklyn, where she was exposed to a lot of different types of music – some of which she liked and some of which she didn’t. From ages four to eight, she took piano lessons, which she absolutely hated. When she was five, however, she was put into ballroom dancing, which became a significant part of her life.
‍
“I danced for a very long time. I did all ten dances. Foxtrot. There was a lot of jazz. Jive would be quick. Quickstep would be quick. There are also some old, classical ones.”
‍
In middle school, she really got into rapping, but she never really sang.
‍
“I didn’t know what to do with myself because I like rapping, but I didn’t have a way to produce noise that would accompany my rap.”
‍
Fast forward to freshman year of high school, Monica was placed in band class. She originally wanted to learn to play drums but ended up taking up the electric bass. It turns out it wasn’t really her thing, but it pushed her to explore stringed instruments.
‍
“Midway through the semester, I ordered myself a ukulele from WalMart and practiced playing it every day for hours after lacrosse practice, teaching myself different chords.”
‍
When her ukulele broke, she asked for a guitar for her 16th birthday. From then on, Monica began teaching herself how to play the guitar and started singing.
‍
“I got myself a condenser mic and just started putting shit out. I had some sort of different accent when I first started singing, so that shit is not out there anymore. It sounds weird. It’s just been a huge learning process. It still is and will continue to be. It’s really cool because this is a journey with nobody but myself.” 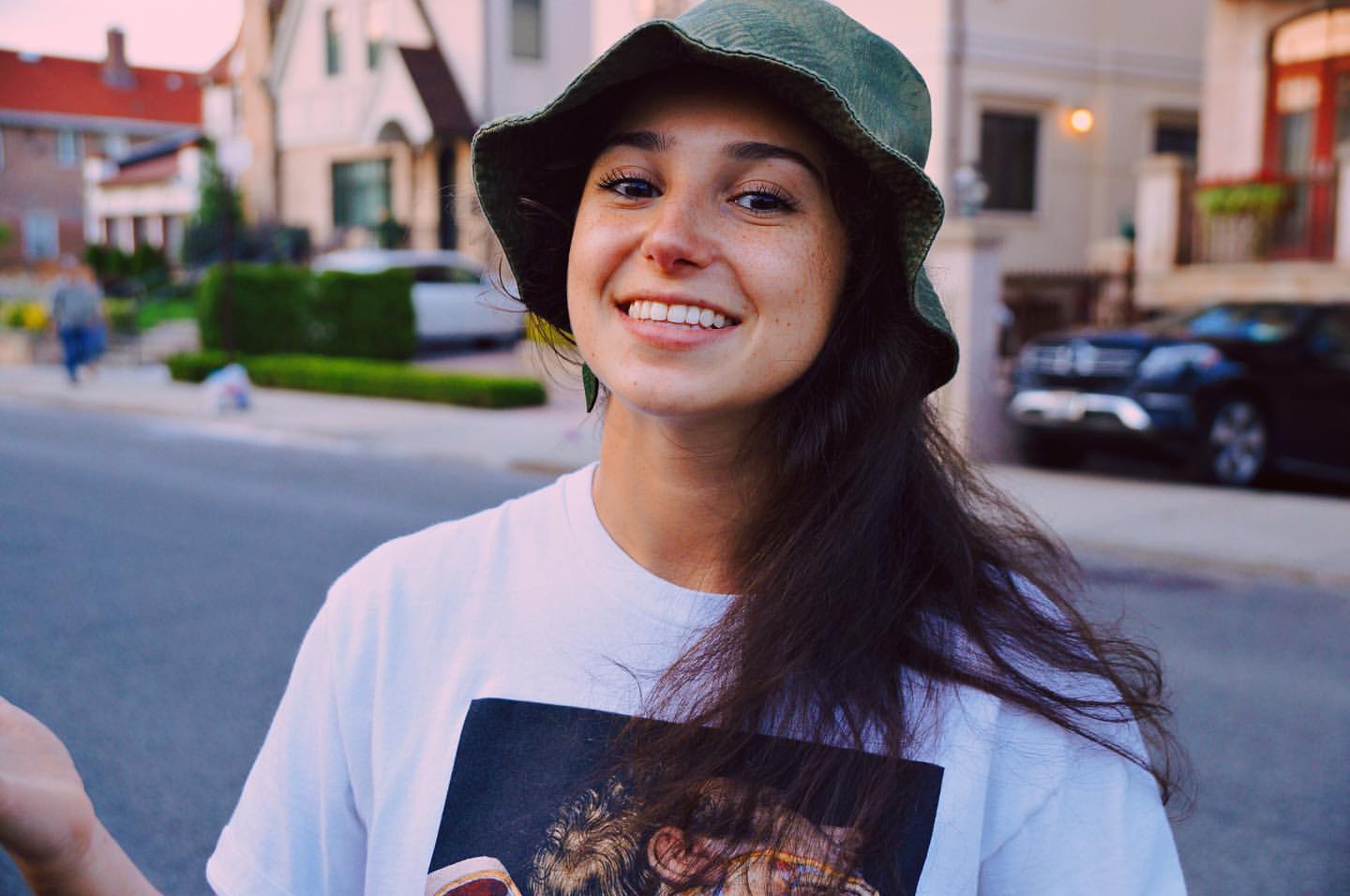 Like many artists when they start out, Monica uploaded her songs to SoundCloud before eventually releasing songs on streaming services.
‍
During her junior year in college, Monica got dumped, and dove right into her feels. She put out a song called “Cold Gold” on SoundCloud. Soon after, she received a random DM on Instagram from someone at a production company in Paris, inviting her to fly out.
‍
“I read this, and I’m like, 'What the fuck? This is, like, so creative, but like, no way.' I convinced my father to fucking FaceTime with this lady after I FaceTimed with her and realized it’s valid. Basically, I ended up in Paris, and that’s how the song “Blue” was made. Yo, I got flown out, and my dad did too. It was literally fucking crazy. Right away, I had that validity on my shoulder. I was like, 'Yo. Music is a valid thing.' It definitely pushed me to take things more seriously and just believe in it. It’s crazy looking back. I’m just thankful, you know.”
‍
Currently, Monica’s most streamed song on Spotify is “In Uh Breeze.”
‍
“It was at like 20k when it was discovered. Weirdly enough, I was in New Orleans with some of my friends, and this girl goes, “Yo, Monica. You know which one of your songs I really like? "In Uh Breeze." It’s so cute.” And the next day, I woke up and saw a spike in my stats – and I always check my stats every morning. I check my email, and it’s like 'It’s been added.' I was like, 'What the fuck?' And it’s still there. This was in March.”
‍
Today, the song has nearly 1.6 million streams.
‍
“It’s such a simple song. Not to discredit it, but I don’t think it’s some of my best stuff. But that’s all subjective. I just didn’t put a lot into it. I made it in between studying for Physics. I was like, 'I’m gonna take a break.'”
‍
Excited for what lies ahead, Monica tells Queued about upcoming plans for her first official project.
‍
“We’re looking to release an EP sometime at the beginning-to-middle of next year. Probably like March or April. There’s gonna be new songs, as well as potentially rebranding old songs. But, I’m not sure; all is in the air. I got some fire songs; I cannot wait. And they’re all so different.”
‍ 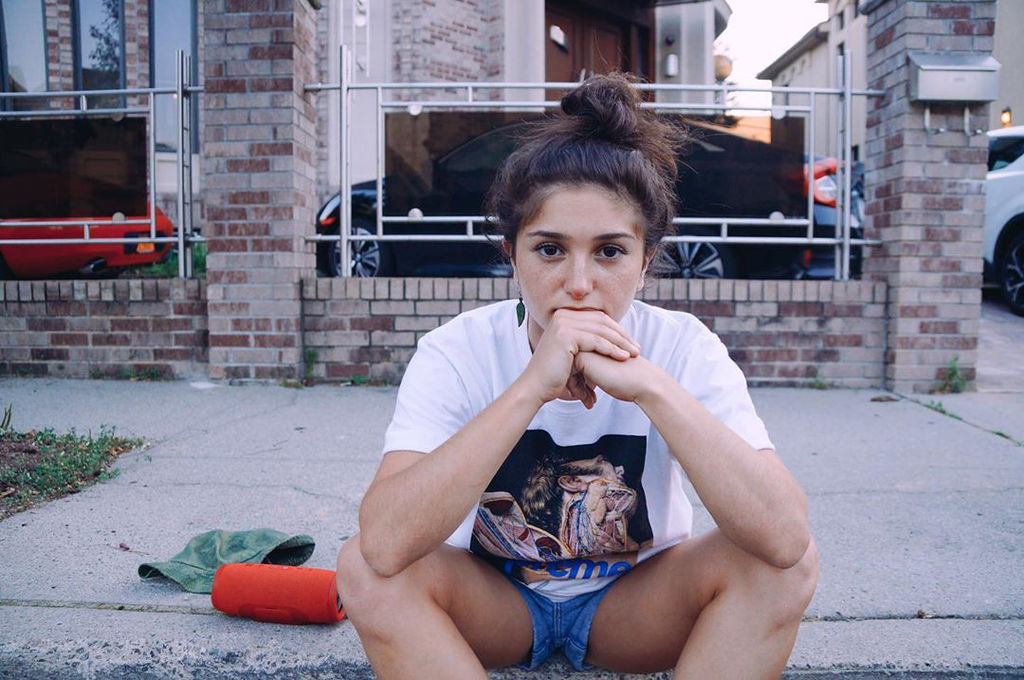 Who are some artists you would like to work with?
I really like THEY. I love their sound and vocals. I like the chords they choose – the chord progressions. That’s definitely one. The next person who comes to mind is probably NoMBe. Rex Orange County, too, if that could ever happen. The Black-Eyed Peas. They don’t follow typical song structures. And obviously Justin Bieber. It’s such a long list.
‍
What’s your favorite song at the moment?
I’ve been bumping to J Balvin’s new song, “Blanco.” It’s so simple; I love it.
‍
What’s your favorite color?
Light pink, like pasty pink.
‍
What’s your favorite cuisine?
Shout out to, you know, Russian food. I gotta go with Russian food because it’s all I eat. I love Japanese food, like sushi and stuff. Yeah, we love our raw fish. And Mediterranean is also great.
‍
What’s your favorite movie of all time?
The Lion King. That’s a classic.
‍
What’s your favorite TV or movie genre?
Documentaries or comedy.
‍
What’s the number one thing on your bucket list?
Finish undergrad and get my degree. That’s definitely at the top of my current bucket list. Just to study and do shit.
‍
Do you have any additional hobbies than the ones you've already mentioned?
Back in the day, before college, lacrosse consumed my life. I was — in a non-boasting way, but just giving myself credit for the work I really did put in every single day — I was captain, MVP, all-star, and all-league two years in a row, baby. I tried basketball, but I’m 5’1”, so, L. Those are pretty much my hobbies.
‍
If you could have the answer to any question in the universe, what would you want to know?
I would want to know if my cat likes it when I scratch his butt. He always makes this specific noise, and it's so confusing. He sticks his butt out to me, I scratch it, and then he makes the noise; it’s really confusing. I just want to know, Frankie, do you like it? Do you not?