New York-born singer-songwriter Rachel Bochner has always had a deep passion for music and always knew she wanted it to be part of her life in some way. Two years ago, she was interning at a record label, and that’s when she realized she belonged on the other side of that glass.
‍
“I think, subconsciously, I always wanted to take that step but was a little bit intimidated because I got into it late, and sharing your art can be scary when it still feels kind of new to you. I guess I just needed that ‘aha!’ moment to push me to do it.”

Rachel’s greatest influence throughout most of her life has been Lana Del Rey, particularly in her writing. “I think she’s so creative with words, especially her last album – it sounds like poetry type of music. I admire her writing a lot,” she emphasizes.
‍
Interestingly, it was Del Rey’s heavily criticized SNL performance back in 2012 that roped Rachel into the fandom. “Something about that performance – her voice and her lyrics caught me off guard and made me have to know who she was and hear more of her music,” she recalls. 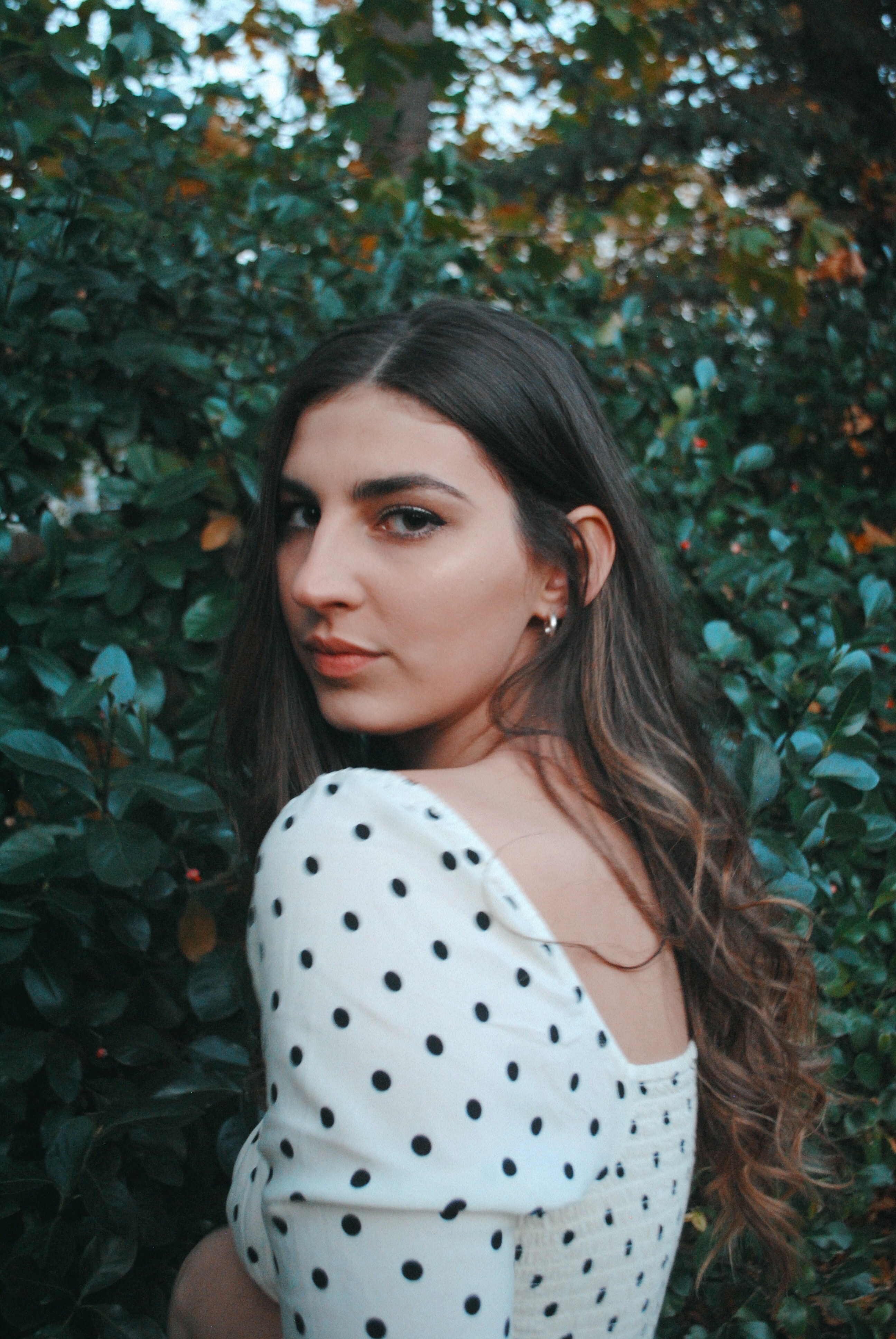 In late 2019, Rachel released her debut song “Ocean Drive” featuring Sera Selin. The song was added to Spotify’s Indie Pop playlist and has accumulated more than 400 thousand streams since its release. This year, she has put out eight more songs, including “Be Happier,” “Strangest Dreams,” and the exceptional “Purple,” which she co-wrote with a few of her closest friends.
‍
“’Purple’ was really fun to work on,” Rachel shares. “I was at my producer Liam’s (known as BABYBOYBLUE) apartment, and he was like, ‘I’m gonna make a beat. Give me a random word to keep in mind,’ and I was like, ‘Okay, purple.’” And thus, the concept of “Purple” was born.

“I feel like, in the context of a relationship, purple represents comfort and stability, as opposed to blue or red that maybe feel a bit more volatile,” she explains. “Also, the timing just felt right because it’s such a feel-good song, and it was kind of a nice change of pace with all the heaviness going on.”

Rachel is only at the start of her musical journey and could not be more excited to continue developing her artistry and for all the experiences that are yet to come. Looking forward, she is hoping to “continue writing music that resonates with people” and expand her network of artists. “I think that having a support system within the music community is important and can be really inspiring.”
‍
Arriving just a few months after her debut, the pandemic seriously disrupted the launch of Rachel’s music career. She has been unable to perform and could not be more eager to finally hit the stage again. “I think I’m my happiest when I’m performing for people, so I wanna start doing more shows, once we're allowed to again and it’s safe,” she says.
‍
Rachel just dropped her debut project, called 2 AM, on all streaming platform. The five-track EP includes her three latest singles along with two new songs.

Check out our Q&A with Rachel Bochner below. 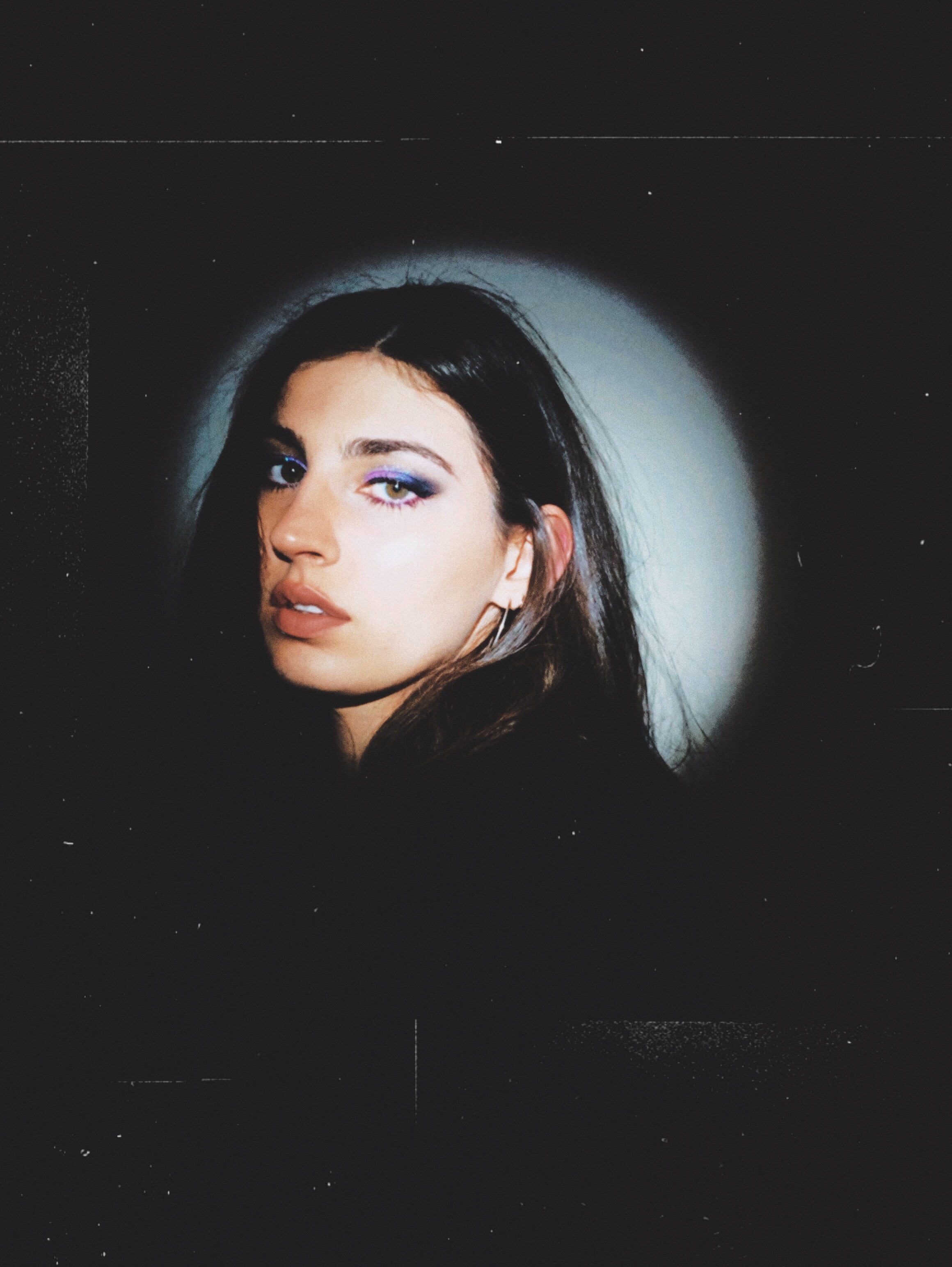 What music do you like to listen to?
‍I listen to a combination of music from when I was growing up and, obviously, new music. Like, I’ll go from listening to a song off of Dua Lipa’s new album to a YouTube song I found that my dad would play growing up, then switch to Frank Ocean, and finish with some Maggie Rogers. But, I think, regardless of the genre, the thing I’ve always paid a lot of attention to in songs are the lyrics. Ever since I’ve had access to a computer, I would look up the lyrics to songs and memorize them. I think I was just always really interested in the way that artists were able to articulate similar feelings in different ways.

‍Tell me about your creative process. Do you usually write a song first and then make the beat, or do you write the song based on the beat?
‍It definitely depends. If I’m writing about something I’ve experienced, which can be really cathartic, the words might pour out first, and then I’ll work on the music and production afterward. And then, sometimes if I just wanna write, but I don’t have a clear direction, I’ll play around with a chord progression that I like and just kind of see what happens. I also love writing with other people, so I think that makes me approach things in a new way, and kind of pulls the best ideas out of each person in the session, which just ends up creating something really special.
‍
Do you do your own production, or do you work with a producer?
‍At some point, I would love to do my own production, but for now, I usually work with producers, and that can also kind of shape the creative process. If I’m working with a producer from scratch, we might build a beat first, then add lyrics and melody afterward. It’s fun collaborating with other people because it’s always different.

What usually sparks inspiration for a song?
‍Sometimes, songs are inspired by things that are pretty personal – something I’ve experienced or a feeling or emotion I’m going through – but I also like to pull from conversations I’ve had with other people about their own experiences and things they’ve been through to sort of put myself in their shoes. Also, something I love about co-writing is being able to pull out the bits and pieces from our individual experiences to contribute to a shared story or feeling.

‍Which artists would you like to collaborate with?
‍I mean, my go-to is always Lana, even though I think I would be starstruck. I would love to pick her brain. That would be a dream come true, but also so scary.
‍
If you could see any artist in concert – dead or alive – who would you want to see?
‍I really want to take my dad to a Billy Joel concert one of these days. My dad always plays music around the house when he’s cooking and stuff, and he plays a lot of Billy Joel, so that would be nice. Also, I think seeing a Jimi Hendrix concert would probably be insane.
‍
What do you enjoy doing aside from music?
‍Well, pre-quarantine, I loved being outside, exploring, hearing live music, hanging out with human beings that aren’t living in my household. Love my family to death, but yeah, hanging out with friends, making new friends. You know, these days I’ve been spending a lot of time painting, cooking, and hanging out with my golden retriever.
‍
What is your proudest moment?
‍I like to celebrate the little wins, and I think that’s important for new artists to do. Since releasing my song “Half of You,” I got messages from people telling me how much they related to the song and how it made them feel something, and that was really special to experience. I’ve always connected to music by relating to the lyrics or being moved by the overall sound, so to think that someone has that same moment with something that I’ve made is incredible to me. Then, I would also say a proud moment was “Ocean Drive” getting on Spotify’s Indie Pop playlist. That was a happy day.
‍
If you could have the answer to any question at all, what would you want to know?
‍That’s tough. Not to get all cheesy, but how to truly be happy.
‍
What is the number one thing on your bucket list?
‍I don’t have one yet, but if I did, I would say to sell out a world tour or move into my own apartment in New York City. Whatever comes first