You have probably never heard of shy kids, but there is a good chance you have seen some of their work in films. Shy Kids — written ‘shy kids’ — is a music and film collective from Canada, or “band of filmmakers,” as member Walter Woodman describes. Woodman and his three groupmates Patrick Cederberg, Matthew Hornick, and Greg Francis, met in film school at Ryerson University in Toronto, Canada. Thanks to an acoustic performance of ‘Baby Got Back,’ the group won their school talent show, marking the genesis of ‘shy kids.’
‍
“We won a gift certificate to buy some beers, so we were like, ‘Wow, this is a really profitable enterprise,’ and from there started working on music together,” Woodman tells Queued in a recent phone interview.
‍
They call themselves ‘shy kids’ because, in film school, they were “the kids that would be huddled in the back of the class drawing on notepads of paper,” as  Woodman describes. He also notes that the use of the word 'kids' “immediately sets up this image that kids are very colorful and useful.”
‍
“It’s going to be interesting to see how the name ages when we’re 50 years old and tired of playing songs,” he laughs, “but I think it suits our music and our videos, for the time being."
‍
In their last year of university, the boys made a short film together for their thesis project, called Noah, which is set entirely on a computer screen. If you have ever seen the movie Unfriended or Searching, shy kids did it first. The film has since garnered several million views and even won several film festivals.
‍
True to their name, Woodman states, “We don’t really play live or tour that much, we mostly make music in the studio, but we do make a lot of music videos, and we make a lot of films.”
‍
The group has gone on to work on shows for Netflix, Snapchat, VICE, MTV, and, most recently, Quibi, a new short-form mobile video platform set to launch on April 6.
‍
They have also made several music videos, including an entire visual album called ‘in a state,’ that explores the different states of America but also the different states of the mind.
‍
In 2018, they worked on the graphics for ‘The Great Hack,’ a Netflix documentary about the Cambridge Analytica scandal during the 2016 presidential election. The film analyzes how our data is being used and how our information is used against us.
‍
For Snapchat, they made an animated show called ‘Tags,’ intended to make fun of millennials. It follows a troublesome jerk named Tag, who always wears VR goggles and gets around on a hoverboard. “It’s kind of absurd, but it’s pretty cool,” Woodman emphasizes.
‍
Currently, the group has a few projects in the works that are set to come out later this year, including a show for Quibi, which gives viewers an inside look into the crazy lives of A-list celebrities.
‍
“The show is called ‘Famous People’s Phones,’ and in it, we hack into different celebrities’ cell phones and show you a day in the life of that famous person," Woodman reveals. "We hack into Taylor Swift’s phone and Elon Musk’s phone and all these famous people, so it’s pretty cool.”
‍
While each member has their personal set of strengths, they have many overlapping skills, which allows for much fluidity and flexibility within the group.
‍
“Greg, for example, who's normally the cameraman, has been animating this little film we’re making about a donut hole. So, our skills kind of melt in together, and we all try to help each other to the best of our abilities,” Woodman says.
‍
“Patrick and Matt are extremely good at editing and animation, and they also play the most instruments. They play guitar and piano, and synth, and they do a lot of production too, so they are very good on the technical side. Greg plays the drums, and he is also the cameraperson. I sing, I write the lyrics and some of the scripts, and I also direct,” he adds. 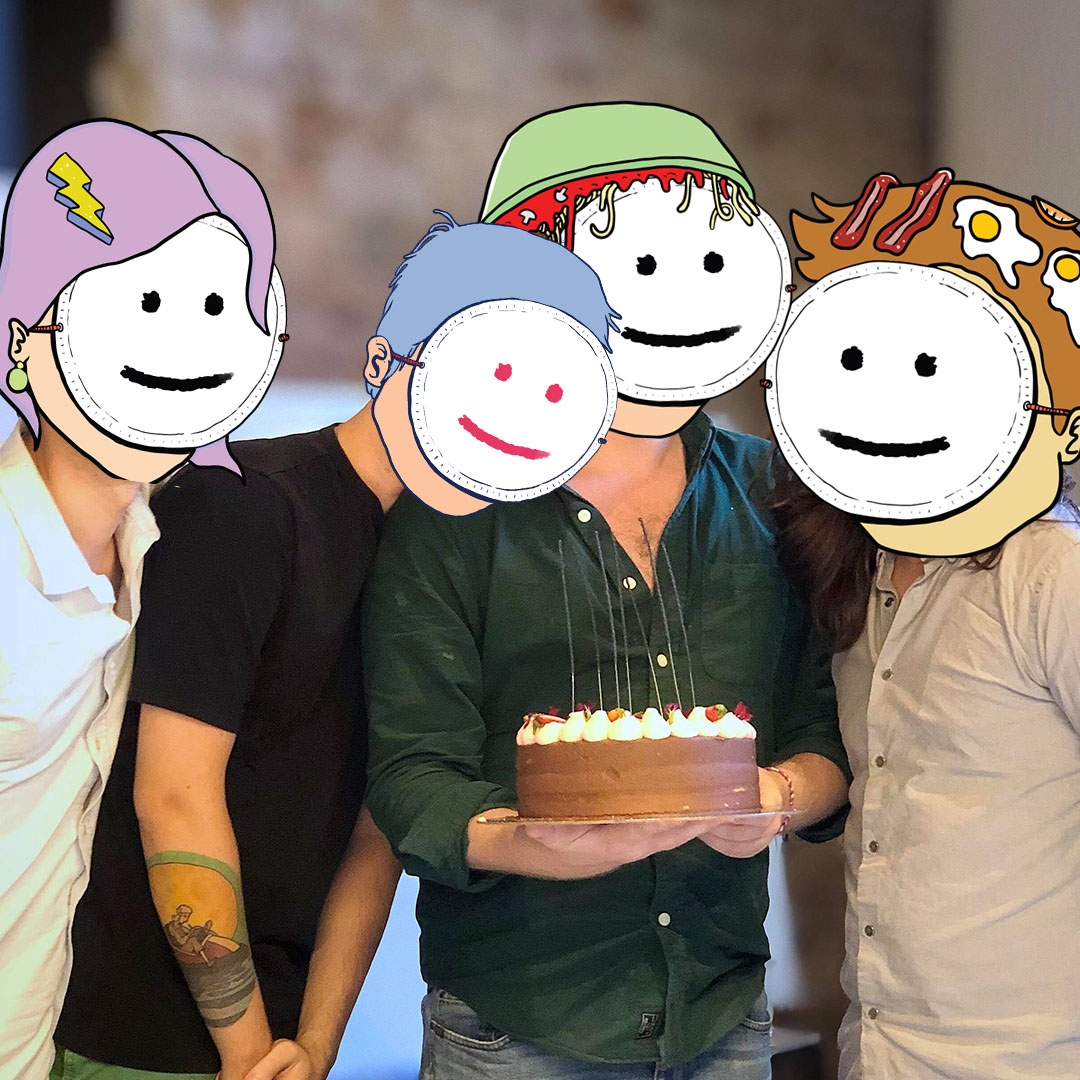 When the group is not working on films, they are busy making banging psychedelic indie-pop music, often compared to The Flaming Lips and Animal Collective.
‍
“We all like different stuff, but we like good stuff, and we all bring different things to the table. I like that musical, Andrew Lloyd Webber-kind of stuff, which is kind of cheesy and ridiculous, but I like some of that,” Woodman admits. "Then Matt really likes James Blake, and Greg will listen to techno stuff, so our influences are all over the place.”
‍
Their latest single, ‘Don’t Delete Me,’ is like a “technological pop song,” as described by Woodman. It features scrambled, robotic verses and an intense chorus that’s hard not to sing along to. The distorted-looking cover art is a perfect visual reflection of the song’s glitchy vibe.
‍
“We made the cover art for that song by taking a picture of Matt that was taken by his ex-girlfriend, and we warped it so he kind of looked erased or deleted," Woodman explains. "It’s weird because it looks like our first album cover but kind of screwed up or something.”
‍
Later this year, the group is expecting to release a few EPs and singles, including some "pretty dancing summer jams" as well as "cool darker stuff,” Woodman hints. Then, the group is gearing up to release a full-length animated film they describe as "a demented Pixar film."
‍
“It’s entirely animated with odd music, so we’re trying to make almost like a Disney film, but instead of being a kids film, it’s like a ‘shy kids film.’ It's all going to be our music and our story," Woodman shares.