How did you guys meet?
A: Basically, we were in band together. Matt played drums, and I was a trumpet player. And yeah, we’ve played music our whole lives.
M: Yeah, probably sophomore year of high school, I started making beats. Aaron was interested, and we kept going from there, just making beats, not knowing that we were going to actually become a group or release songs. Yeah, it just kept building from there.
‍
Where did you go to school?
A: I went to school at Hobart William Smith, which was like a 45-minute drive from Syracuse. Matt was in Syracuse, working with some local artists. So, I was trying to send over as much music as possible to work on their projects, and I would visit him at school. We’re from Westchester, New York. We grew up in the suburbs but frequented the city pretty often.
‍
When did you guys officially become Yes Please?
A: Probably like a year ago, a year and a half.
M: A little over a year ago, probably closer to two years. I was in LA at the time, and we kept sending stuff back and forth, as we usually did. Then I kind of started putting them on demos, not knowing what they were for. They just kept getting better, and we were like, "Maybe we have something here. Let’s just keep going at it and see what happens." That was 2017.
‍
How did you guys get the name, “Yes Please?" Is there a story behind it?
A: Not really. I was thinking about it from a marketing standpoint. I wanted it to be quick. There is a meaning to it, but I wanted it to be something that was said every day. I think we both aren’t pieces of shit and are decent people who have good manners. It’s a fun, light name, but it encapsulates us and how we move around the world with people. 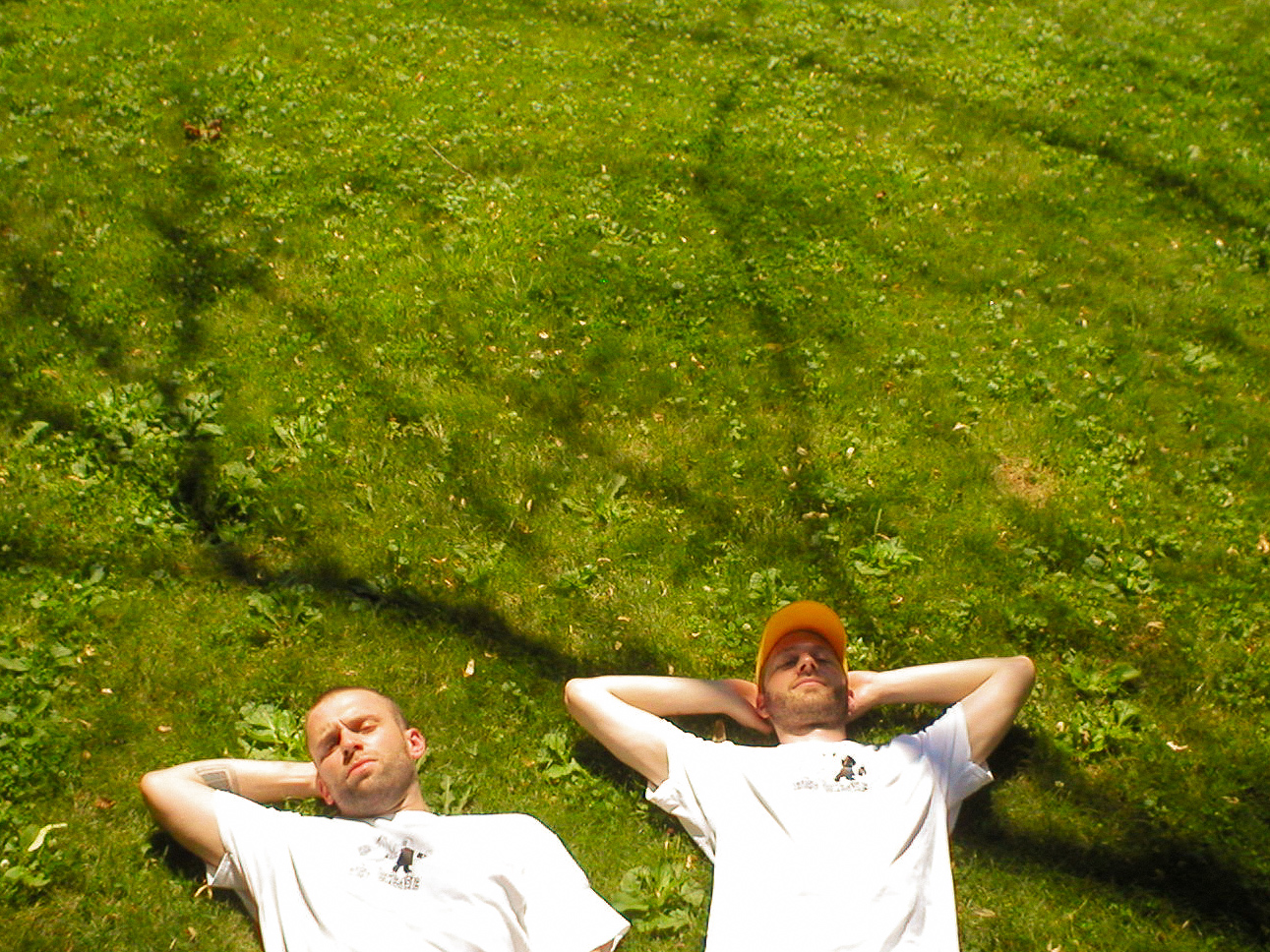 Besides music, do you guys have any hobbies or side interests?
A: Nope. I had to give up knitting. Pretty sad day.
M: It’s narrowed itself down. Pay rent and make music when possible.
‍
Can we expect new music anytime soon?
A: Yeah, our iTunes is just full of demos. We have one that we’re pretty hype about that we’re going to be dropping soon. We probably have enough demos to put out another EP soon, but right now, we’re looking at a single that we’re gonna put out as soon as possible.
M: Yeah, we both have full-time jobs, so it’s hard to put the pedal to the metal. When we do get time, we’re working on that. We’re trying to turn up the output this year. We have a lot of almost-done shit.
‍
Where do you guys work?
A: I work at a start-up TV station, as like a media studio associate.
M: I manage an ice cream store.
‍
If you had to describe yourself in three words, what would they be?
A: Angelic.
M: Realistic. Classy.
‍
Are you a morning or night person?
M: Morning.
A: I fluctuate. Right now, morning.
‍
What’s your favorite song at the moment?
M: Right now, I like “Thot Box” by HitMaka — the remix, though. But it changes every day.
A: To be honest, it’s “Throw Some D’s” remix. Oh, and “Shock Collar” by French Montana.
‍
What's your favorite TV or movie genre?
Both: Comedy.
A: I never watch new movies. I only watch movies that I know I like, and I watch them over and over again.
‍
What’s your favorite movie of all time?
A: I’m a big fan of Rush Hours. But, honestly, The Life of Pi is a timeless classic.
M: I have no idea, but I’m gonna say The Sandlot.
‍
What’s your favorite color?
A: Orange was my favorite as a kid, and I’ve kind of learned to embrace it again. I’ve come back to it.
M: I think, right now, I’m feeling purple.
‍
What’s your favorite cuisine?
M: Italian and Thai.
A: I love all foods. I never shut the fuck up about it. I eat like a 4-year-old. 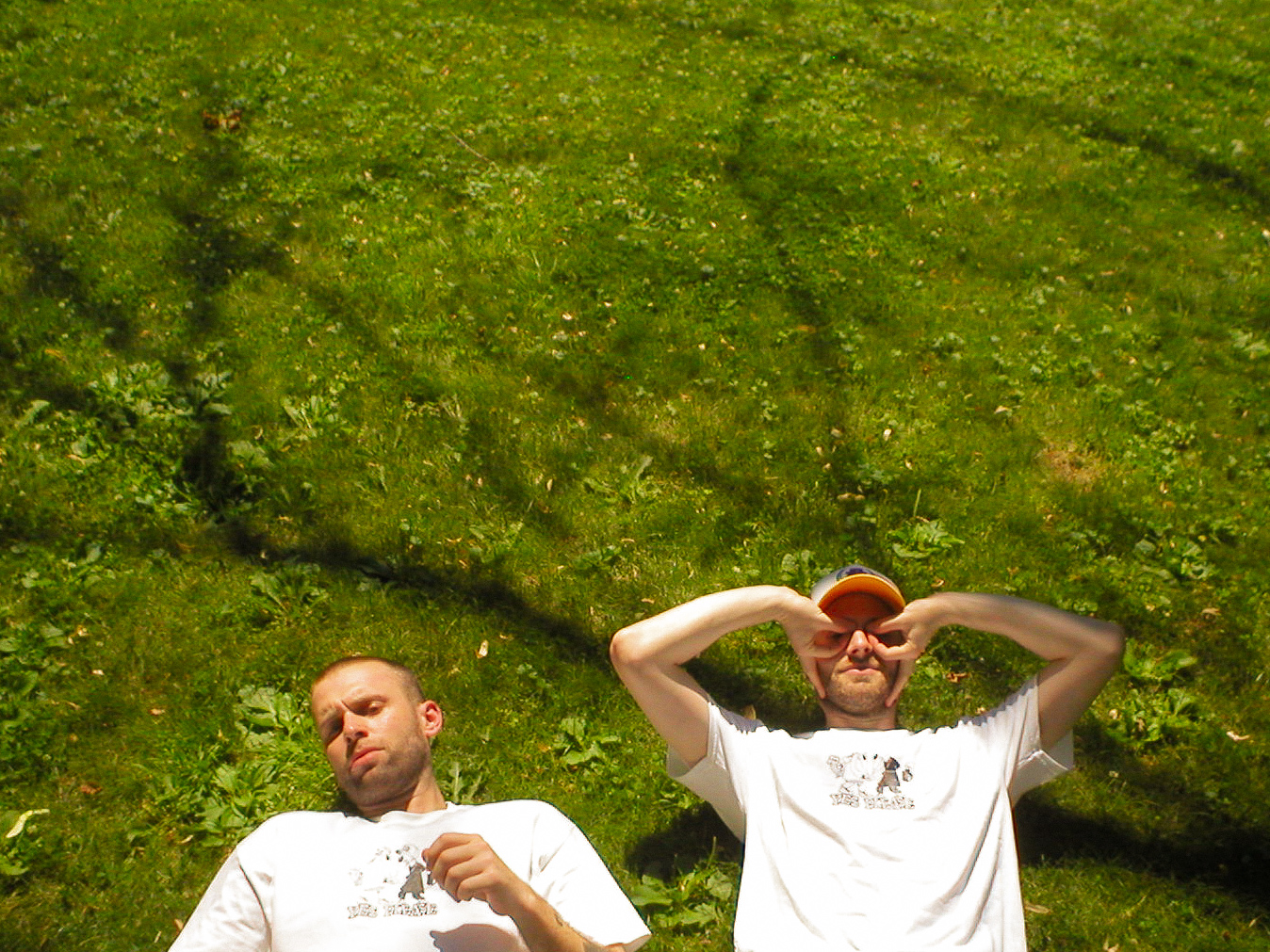 What’s your favorite season?
M: I used to like summer, but I grew up. So, probably Fall.
A: Yeah, Fall.
‍
What's your biggest pet peeve?
M: Volume control and lack of common sense.
A: There are a lot of specific New York ones. Lack of awareness of other people’s space.
‍
What’s your least favorite type of music?
Both: Dubstep.
‍
What's your greatest fear?
A: I’m claustrophobic. I hate small places. Drowning in a submarine. Do you know The Descent? That scary movie about the zombies in caves? I don’t like caves. Climbing through tiny passageways? Fuck. No.
M: I would say drowning sucks. But I’d have to go with someone bombing the subways.
‍
What would you consider your biggest strength and weakness?
A: Weakness for sure is anxiety— crippling anxiety.
M: I think both of us are similarly wired in being hyper self-aware, which is a strength and a negative.
A: It’s learning to control it.
M: And trying to navigate with it is tough. That’s probably my biggest strength and weakness.
A: I would say the same.
‍
What’s the strangest food you’ve ever eaten?
M: Alligator. I think it was fried with a bunch of hot sauce.
A: I’ve eaten crickets and bugs.
‍
What’s the number one thing on your bucket list?
M: As corny as this sounds, I just want to make a cool living making music or being involved in music somehow. Everyone has the dream to make it. I don’t care if I’m rich, I just want a living.
‍
If you could have the answer to any question in the universe, what would you want to know?
A: Who killed Jefferey Epstein? Just kidding.
M: If aliens are real, they’re real. They’re already out there. But if I ask this question and learn this knowledge, while I’m still human, this is gonna fuck me up. That’s why I’d never want to get my future read.
A: Got it. What’s Bill Gates’ social security?