"Hey, I’m Jades. I’m from Montreal, so my first language is French. I think about music 24/7 and I’m super curious and might ask too many questions. I’m super spiritual, and I believe in magic. One second I could be having a serious and deep conversation with someone and the next telling fart jokes cause I’m immature, and farts always makes me laugh. And if I’m in the studio with you, I’m most likely wearing a onesie and mismatched socks." 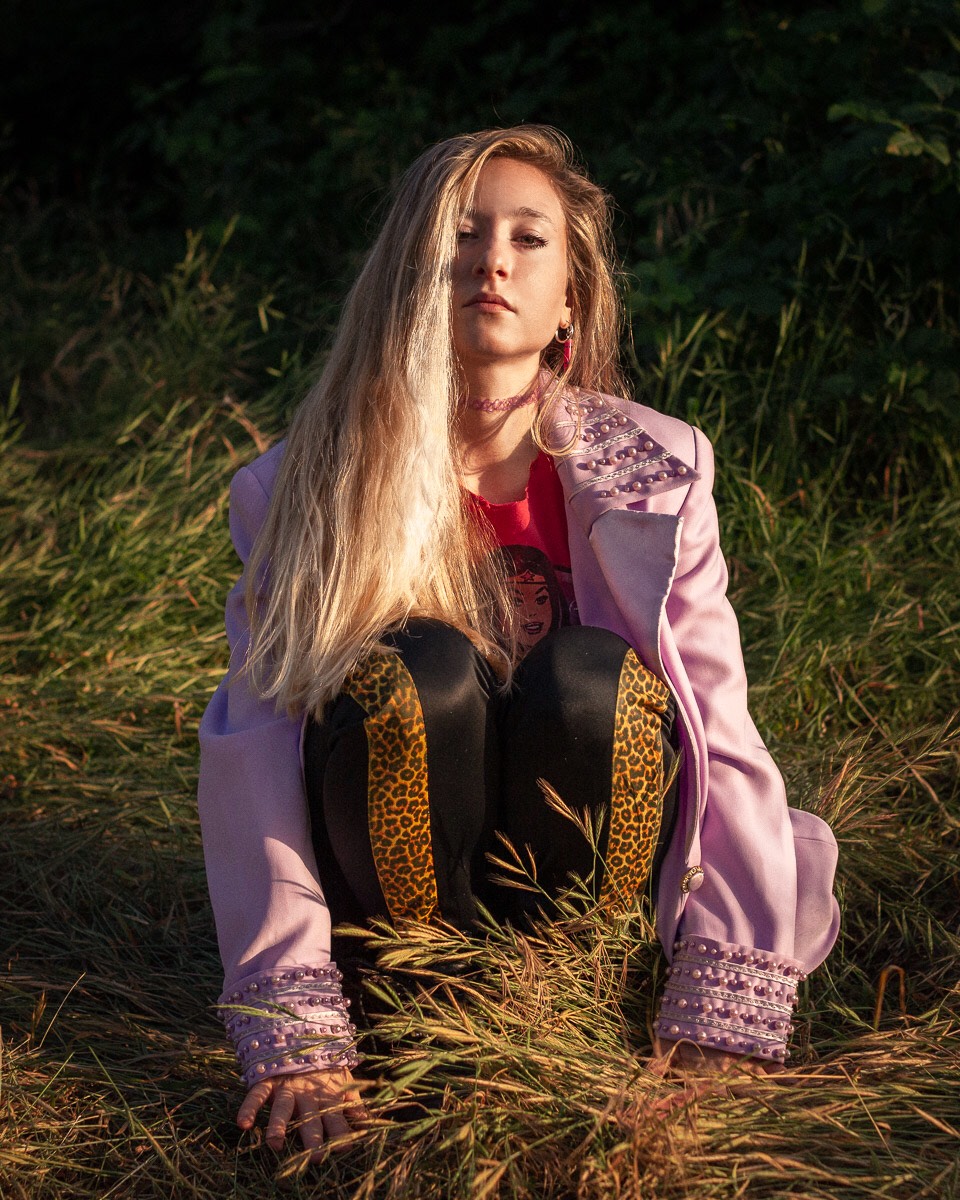 How did you get into music?
My best friend and mom convinced me to be in a kid’s on-stage group, where we met every Saturday morning and sang, danced, and acted. I refused to sing for the first couple of years, and on the third year, I finally sang a couple of solos. Later, I started posting covers on YouTube, and then kind of fell into writing my own songs starting a few years ago.
‍
Talk to me about your debut project, Motel 6. What is the story or inspiration behind the concept, and what is the significance behind its title?
The whole album wasn’t necessarily meant to be one cohesive story. Each song is its own thought and moment. It’s really cool to look at my first album cause it’s really a chapter in my life, and I can see a little glimpse just by listening to it. The reason I named the album Motel 6 is because when I moved to LA, I drove across the country by myself to go after my dreams and go all-out with music, and on the way there, I tried to sleep in my car to save money, but my mom was on the phone telling me it was dangerous to drive sleepy and that I should stop somewhere to get a good night’s rest, so I ended up stopping at a Motel 6. That was the start of that chapter in my life, and that’s why it felt like the perfect name for my first album.
‍
Which track from Motel 6 is your favorite or most special to you?
That’s kinda hard, haha! I think it would be the song “motel 6” since it’s about moving to LA to go after my dreams. But right this second, this month, the one on the album that I’m relating to is “if you don’t like my mama” because me and my mom are super close, and she’s also my manager. It’s just been me and her. Recently, I’ve been having labels, managers, etc. reach out, and a lot of them are trying to get my mom out of the picture. I HATE it, and that song is exactly how I’m feeling right now. Me and my mom are strong, and we won’t let anyone tear us apart. I’m proud that I’ve kept my integrity and not kissed industry people’s asses. Sometimes, it’s hard, but I think it’ll be worth it, and I’ll only have good people around. Also, I have to add that there are really kind people in the music industry too, and those are the people I want around. 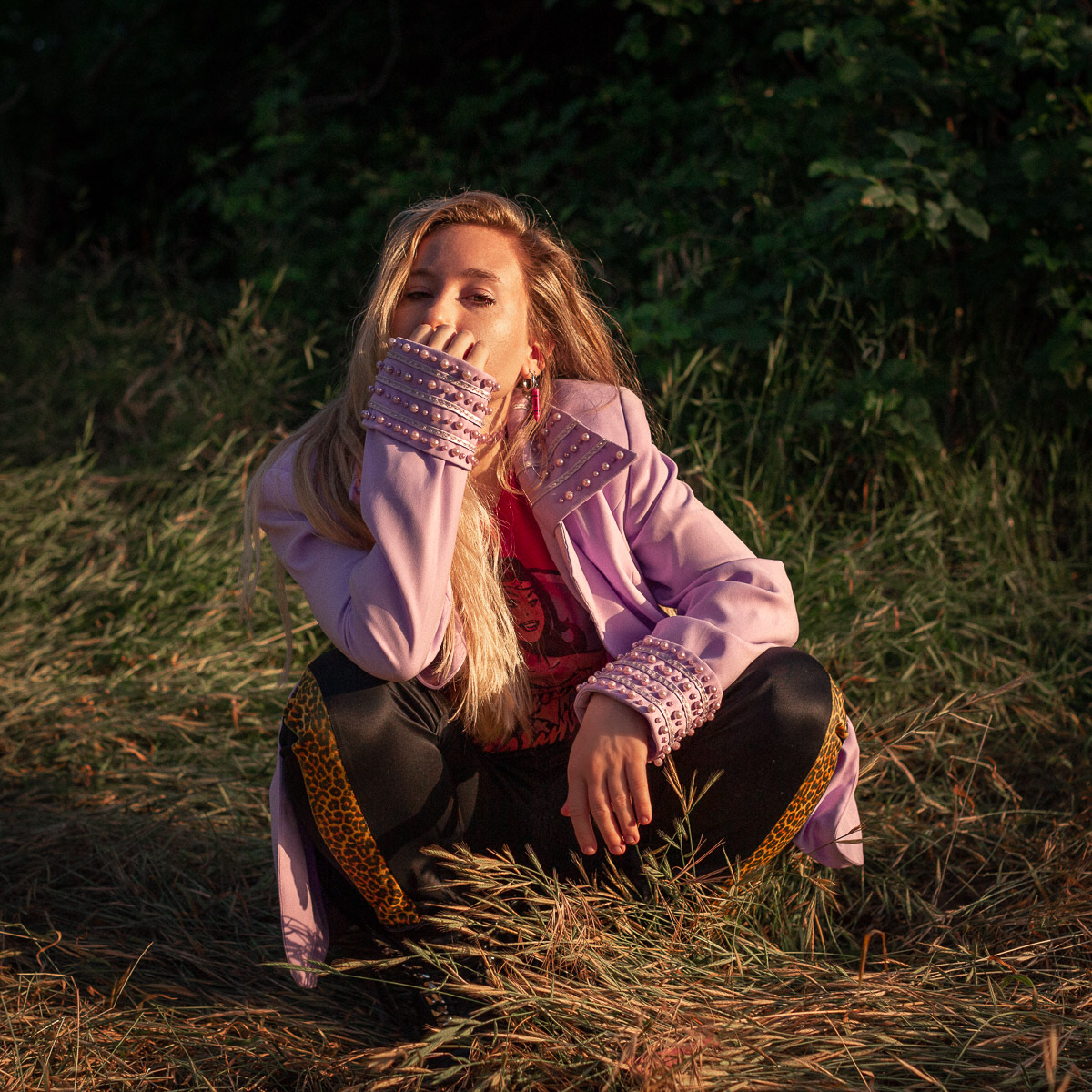 How have you evolved as an artist and a person since the release of your debut single “Bow Down” in 2017?
I feel like my whole viewpoint and way of creating has changed. I used to go into the studio and want to write something that sounded like a current Top 40s song. Now I’m so much more excited to make new music because I can create without putting myself in a box. Art should be guided by feeling, not what other people think is good. I also realized how much of an impact music has on society. So, I try to make songs with that in mind.
As a person, I’ve journaled more, so I found my purpose. I’m realizing more and more how important it is to find good, trustworthy people in your life that you have a REAL connection with.
‍
How has the global pandemic impacted your artistry?
It has made me see how much people need music, and so it changed what I want to write about.
‍
Have you picked up any new habits or hobbies during quarantine?
Probably lots, but the main thing I’ve made a habit is my goals journal. Basically, I write at least 10 goals down before I go to bed. They can be big or small, spiritual or materialistic, really anything i want. There are no rules, so I can also write the same things over and over if I want to, but it tends to change. I’ve seen a lot of good things manifesting since I started.

What is next for Jades Goudreault? Can we expect new music anytime soon?
I’m currently working on my second album and will be releasing the first single pretty soon!
‍
Tell me more about your relationship with your mom and your experience having her as your manager.
It’s amazing. She’s a badass and believes in me more than anyone else ­– even more than myself at times. We started out not knowing anything about the music industry and have learned A LOT together, especially in the past year and a half. We’ve also gone through a lot, and I’m thankful to have her by my side.
‍
What are your plans and goals as an artist for 2021?
I have tons of goals written down, haha! But, music wise, I want to release my album, have a couple of my songs reach 1 million streams, collab with a few people (maybe one of my dream collabs like JP Saxe), find a good team that I love and that love me, and maybe perform my songs live, if that can happen this year.