"I like to describe myself as a digital hippie. I am very involved in progressive politics and really love serving my community. Protecting the interests of and serving the needs of marginalized folks is the most important thing tome. This world is really brutal, and your position in society is an absolute lottery, so I’m a big believer in people (more specifically, white people) using their financial and societal privilege to end marginalization. I also just love the Internet and technology so much - I am eternally energized and excited by the world as it develops. So much change has and will be brought to the world via the Internet, and that really excites me." 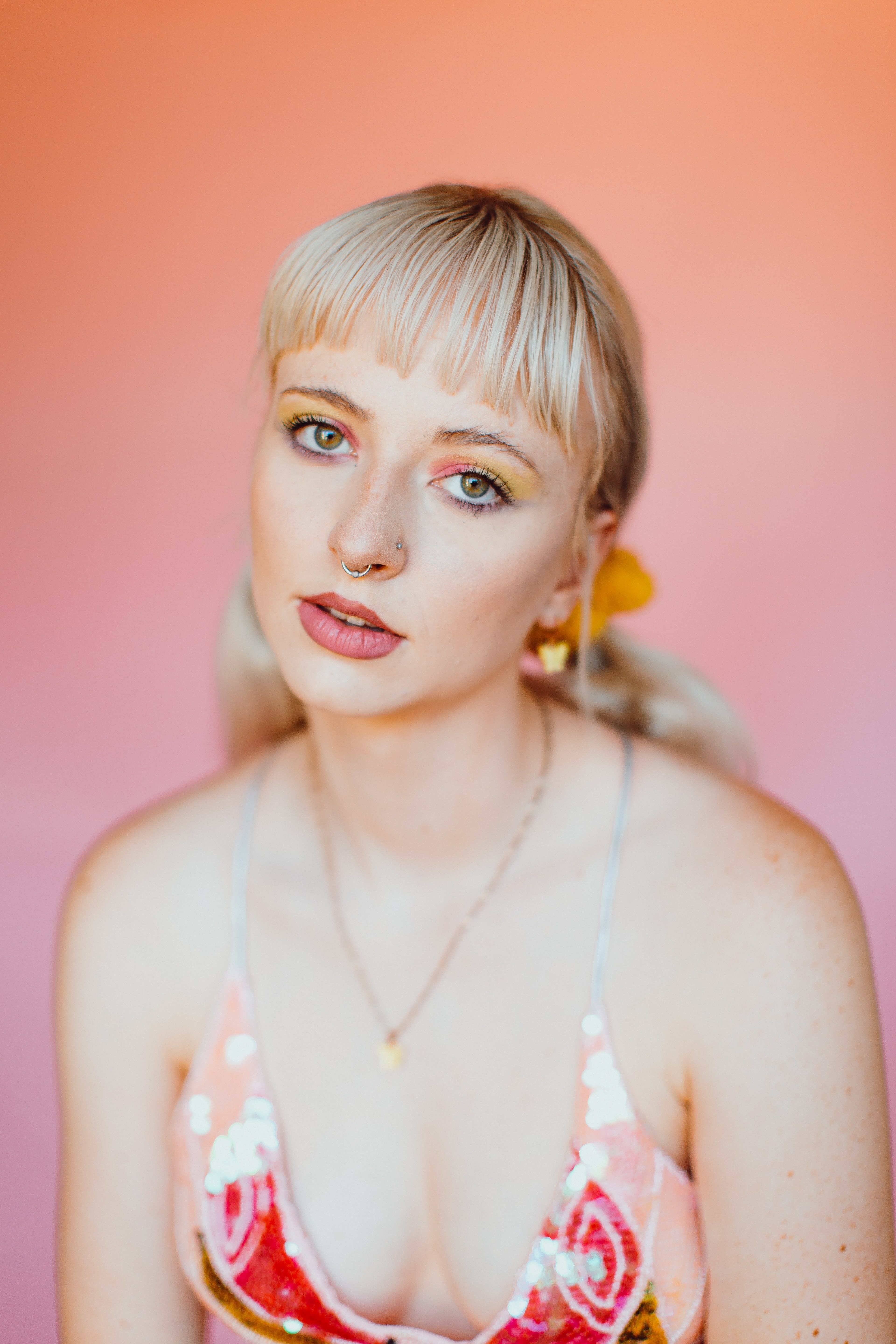 How did you get into music?
I owe everything to my grandmother. She was around a lot when I was child because my parents were going through a very tumultuous divorce, so I ended spending most of my childhood with her. My grandmother loved singing and music more than anything else and was constantly singing around the house. I started singing pretty much as soon as I could talk, and as soon as I could, I joined my school and church’s choirs. On my tenth birthday, my grandmother and mom gifted me voice lessons. I started pursuing classical voice and was singing and performing opera up until I was 18. I also picked up vocal jazz training when I got to high school, and I was in a very competitive chamber choir that traveled to compete. While this was happening, I was always writing music, and by the time I was 15, I found out my neighbor (Elie Rizk) had a recording studio in his basement. He was a sophomore in college at the time, and I was going into my junior year of high school. I played him some of my songs, and we decided to record an album together over the course of my junior and senior years of high school.

Talk to me about your previous artist projects.
As mentioned before, I recorded an album between my junior and senior years of high school. It was never distributed onto any streaming platforms and we printed the project onto CDs and sold them to friends and family. In my freshman year of college, I got signed to the student-run record label and put out a very pop-driven EP with my producer Elie. Elie and I were both very disappointed with that EP and felt that it lacked artistry, so we spent the next two years working on demos until I got to a place that felt original and rooted in artistry. We made my song “no friends” in January of 2020 and haven’t looked back since!

How would you describe your current sound? Are you still in the process of discovering your sound, or do you think you’ve found it?
I feel really confident in my sound, I’m really confident in my visuals, I’m really confident about how I’m developing. It took me so long to be where I am now, so I’m excited to keep building on the foundation I’ve made in this last year.
‍
When can we expect new music?
Sooooo soon!!! Hopefully end of March/early April.
‍
What artists would you like to collaborate with?
I would LOVE to collaborate with spill tab, JAWNY, Ashe, Solomonophonic, Deaton Chris Anthony, the list truly goes on forever. I am so excited about these artists and just where music is heading right now.

I heard you went to school for music business. What led to that decision, and how has your life path changed since the start of your studies?
‍When you are a classical vocalist, there are really only a few paths you can take when it comes to higher education. I knew by my senior year I did not want to go to a conservatory, and that I was way more interested in recorded music. I also didn’t want to go to a school that was oversaturated with aspiring artists and writers, so I decided to pursue industry-based schools instead. I felt like that would give me the room to grow artistically without a lot of pressure. The three years I spent at Drexel’s Music Industry program gave me the most invaluable knowledge I needed to know about the music industry. I feel like every up-and-coming artist needs to fundamentally understand how the industry works. So much information is gatekept, and that lack of knowledge is used against creatives at every turn.

Have you always known you wanted to pursue music, or is there another career you were striving for before the music took off?
It has always been music. There has never been a point in my life where I considered anything else.

‍What is your ultimate goal as an artist?
‍My loftiest goal is a Grammy nomination, but my most present goal is getting on the Billboard Top 100. I have such a long way to go, but it’s never a bad thing to have big goals. Also, touring because I’ve never toured or really developed my live presence and I’m so, so excited and ready for performing.

What is the story or the meaning behind your latest single “Sippy Cup?”
“Sippy Cup” was made within the very last trip I made back home before moving to LA. It was a super emotional time, and there was so much uncertainty and excitement towards my future. “Sippy Cup” is primarily about the transition from childhood into adulthood and the mania that exists in that transition.
‍
Which of your released songs is your favorite or most special to you, and why?
“i think i wanna be alone” is probably the most special to me (as of right now). Elie and I recorded and wrote the entire song in the span of three days. It just came together so naturally. We ended up doing my first music video to this song, and it was the first time we had ever DIY’d a music video treatment, set, edit, etc. We did it all ourselves, and it set the precedent for every other piece of visual content to come after it. It taught me how much I/we are capable of doing on our own.

You must be super excited about the release of your debut EP later this year. What can you tell us about the upcoming project?
I REALLY AM!!!!! This project is the summation of my transition from my childhood into adulthood. I moved across the country and dropped out of school while making this EP, and it has been such a transformative time for me. Additionally, we made this EP during the pandemic, especially during the peak of the BLM movements over the summer. This process and this last year have truly radicalized me and pushed my artistry. I can’t wait for everyone to hear the project.

What phrase do you live by?
“The only way out is through.” I don’t really know why this speaks to me so much, but I reflect on it often when going through hard times.

Where do you hope to see yourself five years from now?
Aside from some of the career goals I listed, I really want to see myself in a place where I can use my platform and position to be creating tangible change in the communities that have supported me so much. West Philly (where I went to school) changed my political perspective on the world, and I owe it all to the community leaders who are constantly organizing educational and mutual aid-based events there. They made it so easy for me to participate in my community, and I can’t wait to embolden the very same people who changed my life.