"Hello, stranger. We’re Caribbean alternative artistic collective Rawayana from Venezuela. We make tunes and pursue artistic endeavors. Who are you?" 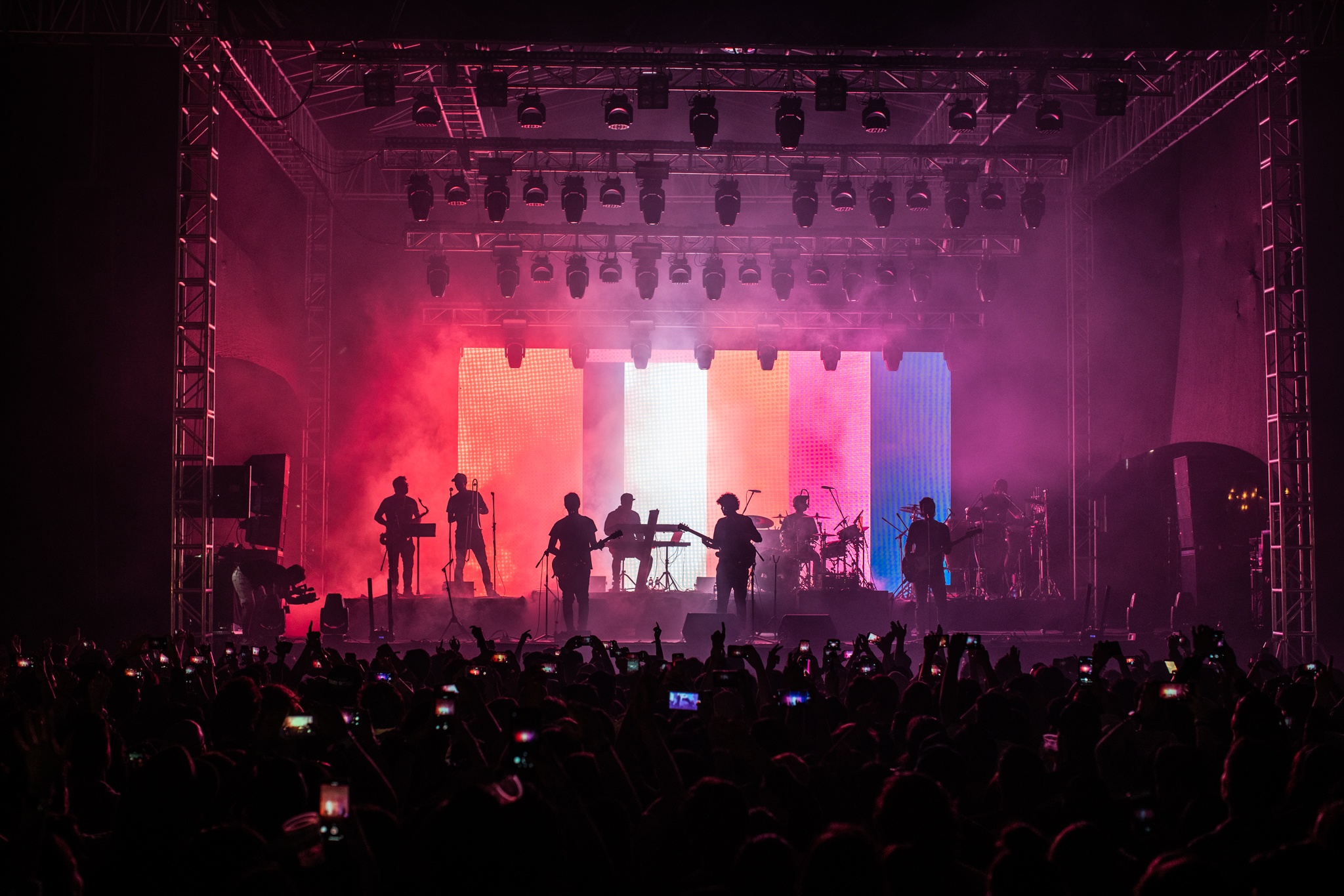 How did you all meet, and what led you to form a band?
Our core members went to the same two schools in Caracas and ended up going to the same college later on. Initially, it was just about having fun among our closest friends. We’d change the lyrics to songs we liked to make them about inside jokes. It kind of organically grew out of that small group into a broader audience through college and Caracas. Shortly after the first originals were composed, which led to the first gigs in what was a very interesting scene in Caracas at that time, then it just kind of snowballed from there – festivals, sharing the stage with artists we idolized, touring, touring abroad, and so on.
‍
It’s been five years since the release of your last full-length album, Trippy Caribbean. Can we expect a new album soon?
Definitely. We recorded our fourth album in January 2020, and we finished it sometime mid last year, but with the pandemic blowing up we decided to wait. We’ve already released a couple of singles that are part of that album and will continue to release tracks until the actual release of the whole album, which is very soon this year, but we’re still not announcing dates. We’re very excited about it. It is the most experimental and dense work we've ever done. It is also the longest and most conceptual. So, we are very anxious to see the reaction it gets since we love it so much.
‍
How have you evolved as a group since the release of your debut album, Licencia para ser libre?
Well, in every way. Talking about evolving as a group always sound like a cliché, but it is also a very natural and logical consequence of doing something consistently for long periods of time. Particularly in our case, since our project started in a very naive context with absolutely no aim at a career or realistic goals at that time, that leap feels greater. So, after a decade of working on our craft, focusing on improving our live performance, our creative process, constantly meeting new cultures/people/music/artists, accumulating flight hours in the studio, growing up, etc., some evolving is bound to happen. I would say we’re better in every way at what we do than ten years ago, but what seems to evolve the most is perspective.

What is your creative process, and what is everyone's role in the group? Walk me through the typical process for getting a song done.
This is probably the main focus in Rawayana, since we consider our project more than just a music group. With that mindset, process becomes paramount. So, I feel we’re still always learning how to get the most out of ourselves as a team, which can be a very complex dynamic as you would expect when working with different people. It is very hard to be objective when discussing something as subjective as art, so there’s a lot of debate, constantly. Lately, one of the mindsets I like the most is being able to respect an idea when the person pitching it is 1000% committed and convinced. This might seem silly, but over the years you learn how hard it is to defend ideas, have them come to life, and then hope it actually works. So, there’s enough trust that if someone’s really convinced, there might be something there. In songwriting, the process tends to get a bit simpler than everything else – at least lately – although the process varies a lot, but usually Beto has a base idea (a hook, a melody, a motif, a concept, a combination of any) and shares it with me (Fofo). We’d start building from there – a lot of times with our keyboardist Eddie – then we try to arrange it for the band format, where even more of us get involved. Then, probably a producer steps in, which at times it is also ourselves, but we made three records with Cheo Pardo. That’s another round of debate and rearranging, then off to studio, then overdubs, decide who mixes, approve mixing, same with mastering, artwork with Joaquin Salim, etc. Infinite debate in every stage, some fighting, lots of fun, the usual stuff. 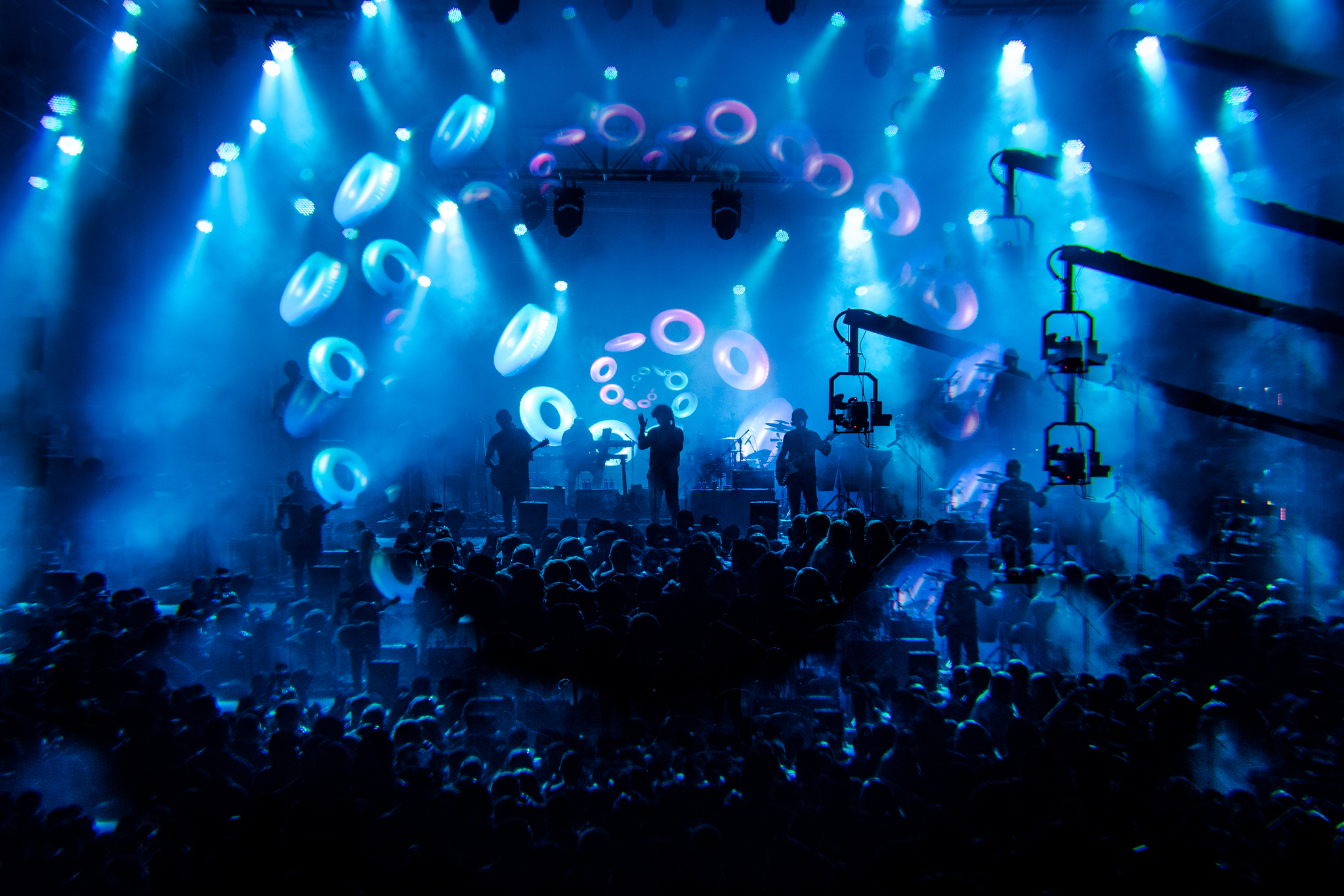 ‍What is the story or meaning behind your latest single, “Camarones y Viniles?”
Every single one of our albums have one joke (or inside joke rather) song. “Camarones” plays that role on our fourth LP, and it just happened to become one of our favorites in the whole album once it was done. It’s based on the idea of nostalgia for a lost lifestyle from the perspective of an archetypical hipster in our time. The whole idea of “hipsterism” as it is conceived today seems so amusing to us because of how relative and ambiguous the conversation is. What’s a hipster thing to have/do? What’s not? Or is it more about how you enjoy what you have and do what you do rather than the actual what? Especially now that hipster culture cliches became so mainstream. Also, no hipster will ever acknowledge they are hipsters. So, that’s basically it, alongside with us picking on one of the members of our team who the whole tune and video might or might not be based on. It is more about us having a laugh at ourselves than having a go at that culture. Fun fact: it was also inspired by Britney Spears’ “Lucky.”

Who have been your favorite artists to work with?
We’ve been lucky to only work with people we admire and/or have developed friendships with, therefore they have all been very pleasant in their own right. Apache was already close to Rawayana when we decided to work on “High.” He and his team come from a very important hip-hop group from Venezuela named Cuarto Poder. Those guys were one of the first to acknowledge us and were very cool towards us when we first started, so making that song with him years later and it becoming one of our most successful tunes was very satisfying.
‍
Which artists would you like to work with in the future?
We’re curious and intrigued by everything or almost everything, so we’re very open to collaborating with very different people. Impossible to single out one. Anywhere from Rubén Blades and Oscar De León to Jordan Rakei and Tom Misch. Assuming absolutely everything else is in between.
‍
When can we expect new music?
Constantly throughout this year and probably after that. We’ve been releasing music pretty much monthly, building up to the release of our album later this year. We even have tunes ready that will not go on the album. The next single comes out on March 18th.
‍
Where do you see yourselves, as a group, five years from now?
We’re incredibly work oriented people, and we’re just beginning a project that’ll take around that time to be ready. So, we’ll probably be taking a break by then.